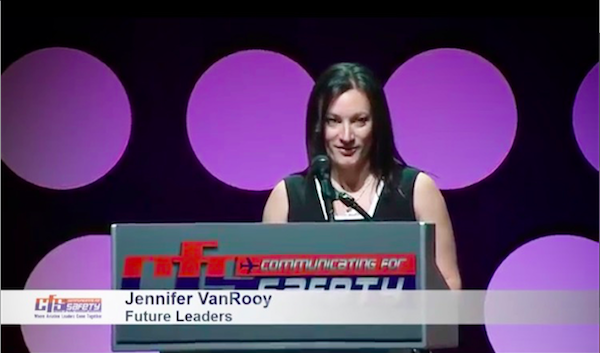 Communicating For Safety Planning Committee Member Jennifer VanRooy, Denver Center, presented this year’s Future Leader Award to Great Falls ATCT FacRep Benjamin Dodd on Tuesday, March 22, during the Awards Luncheon. This award is presented to an attendee of the Future Leaders Dinner, an invitation-only event that brings together nominated local members from across the country to meet and learn from each other as well as national leadership.

Dodd came into the event as a slightly nervous local leader from a smaller facility, eager to learn from national leadership and from the passionate local leaders from around the country in attendance. Through taking part in this event, he found inspiration in the varied interests of everyone there and has expanded his passion to reach out, learn more, and get more involved. He read his essay aloud to the conference body upon being presented the award, describing how his fellow members and future leaders are the ones who inspire him most to be a dedicated NATCA member and give back to his local:

Although many amazing leaders attended the future leaders dinner, I would have to say that the invitees were the ones I looked up to most. It was amazing to meet people from all over the country who work so hard at so many different things. Although I am very passionate about being a FacRep at Great Falls, I couldn’t help but feel like I could do so much more to try and inspire my fellow coworkers. We have such a wonderful group of young members that strive to make the Union stronger. 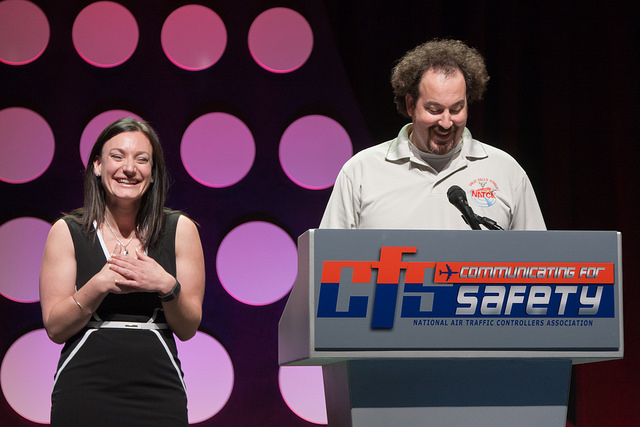 It would be an injustice to attempt to choose one person who inspires me when so many make me want to make our profession better. After spending time with so many future leaders I feel not only obligated, but privileged, to share the passion and excitement that I witnessed and experienced through all of the other people chosen to be part of the Future Leaders Dinner. That’s why I can’t choose one, but instead choose all, of my fellow Union members that I was privileged to spend time with. Thank you.

Dodd recognizes that members want a way to become more involved, and often times they need a role model who can transfer their knowledge on how to get involved. He is excited to bring back what he has learned at Communicating For Safety and become someone who can lead and inspire his members.

“It was such a surprise to hear my name called,” Dodd explains. “I met so many wonderful people at the future leaders dinner that I feel were so much more deserving. I do everything I can to make this a stronger union, but as I said in my speech, being around all my NATCA brothers and sisters makes me feel like I could do so much more. Thanks again!” 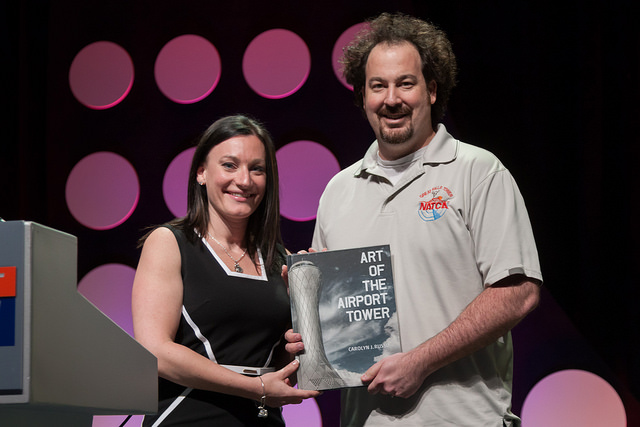