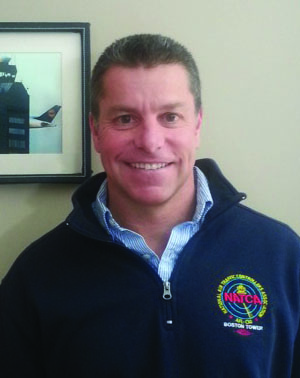 On September 27, 2013, around 7 p.m., JetBlue Captain T.R. Wood was piloting an Embraer 190 down Taxiway B at Boston Logan International Airport (BOS). At the same time, Nunzio DiMillo, a 23-year veteran controller, was watching out of the tower cab window as a Cirrus SR22 turned to line up for a landing on Runway 4L.

Oftentimes, pilots of smaller aircraft, like the Cirrus, will fly a dog-leg approach to Runway 4L. By lining up with the runway when they are over the numbers painted on the ground, they are usually able to avoid the turbulence and choppy air left behind by larger aircraft.

As the Cirrus pilot made the turn towards the airport, he apparently got confused. In the darkness, he struggled to find Runway 4L among the various lights on the airport, the lights of the city and the nearby harbor. Instead of lining up with the runway, the Cirrus pilot lined up with Taxiway B, and put his plane on a direct collision course with the JetBlue Embraer.

In the tower, DiMillo could tell something was wrong with the Cirrus’ approach. He quickly glanced up at the ASDE-X display and saw the Cirrus was lined up with Taxiway B. He immediately told the pilot to go around.

Nunzio: That was – you were lined up for a taxiway, Six Bravo Juliet.

About 30-feet off the ground, the Cirrus began to gain altitude, flying close enough over the Embraer that Captain Wood could hear the engine through all the noise proofing material that surrounds the cockpit. DiMillo, thinking the Cirrus pilot would probably be shaken up by the close call, kept him on the tower’s frequency as he executed the go-around. Meanwhile, the tower turned up the airport lights to help the pilot make a safe landing.

DiMillo himself had to remain calm as he continued to work the busy West Local position, a position that required him to talk to every landing and departing aircraft at Boston. In the hour that the event occurred, DiMillo spoke to 92 aircraft. His experience as a veteran controller helped him remain focused on the other aircraft under his watch.