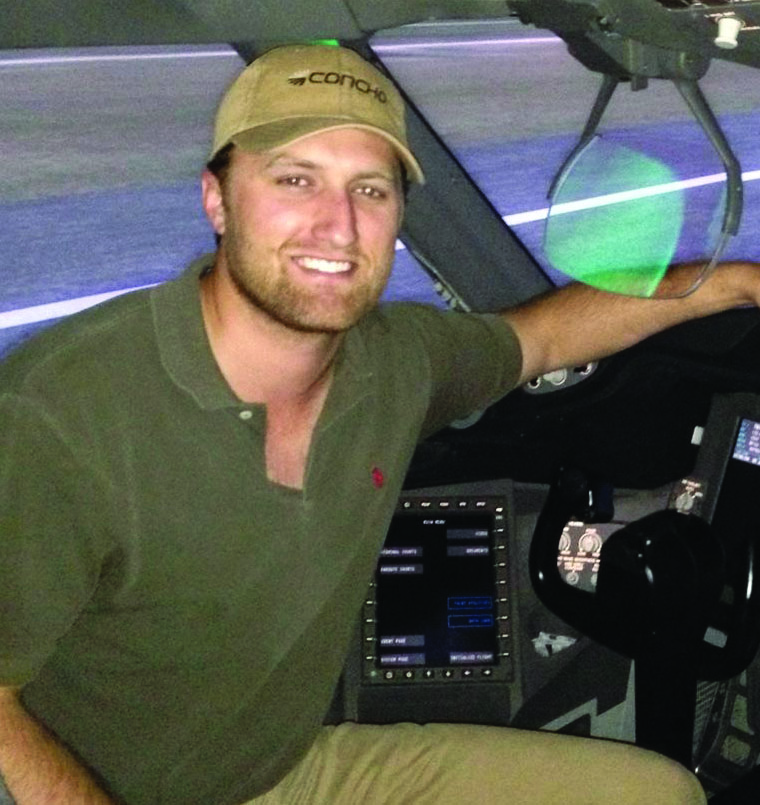 On February 25, 2013, the pilot of a Cessna 172 Skyhawk departed the Texas Gulf Coast Regional Airport (LBX) heading to the Bay City Municipal Airport (BYY). Weather that day called for instrument flight rules (IFR) ratings, but this pilot was only rated for Visual Flight Rules (VFR).

With ceilings at 200 feet, the pilot began climbing immediately after takeoff and got lost above a thick layer of clouds. Air traffic control didn’t have contact with him for two hours – the pilot had no autopilot, no GPS, no instrumentation to help him navigate, and every airport within 70 miles reported solid IFR conditions. Stewart Pearcy, a controller since 2008 and a pilot with commercial single and multiengine ratings, was working at Houston TRACON (I90) that day and noticed this aircraft. He reached out to a Southwest Airlines flight in his airspace and asked them to try and reach out to the disoriented pilot on the Gulf Coast Airport’s UNICOM and direct him to Pearcy’s frequency. The Southwest Airlines pilot connected with the Cessna pilot and got him in touch with Pearcy.

After Pearcy verified the aircraft and established his position, he learned that the pilot was hoping to return to an airport that was completely covered in clouds. Knowing this was not possible, Pearcy asked about remaining fuel before contacting other areas to find the best course of action. Luckily, the pilot still had two and a half hours of fuel remaining so Pearcy was able to direct him to Giddings-Lee County Airport, near Austin.

Pearcy: Skyhawk Niner Foxtrot Zulu, there is no airport in the Houston area, um, that has VFR conditions. Um, I did talk to the, uh, approach controls over at Austin Approach, and they are VFR Austin if you, uh, I think that’s going to be our best bet to just go to the west. Everything to the east is IFR at the moment.

N739FZ: Roger that. I gotta tell you, it’s very comforting, guy. I, uh, I was getting a little nervous up here.

N739FZ: I’ve got to tell you, your voice is very comforting. I was getting pretty nervous up here. Thank you so much.

From there, air traffic controllers guided the pilot all the way to a safe landing nearly three hours after the pilot took off.