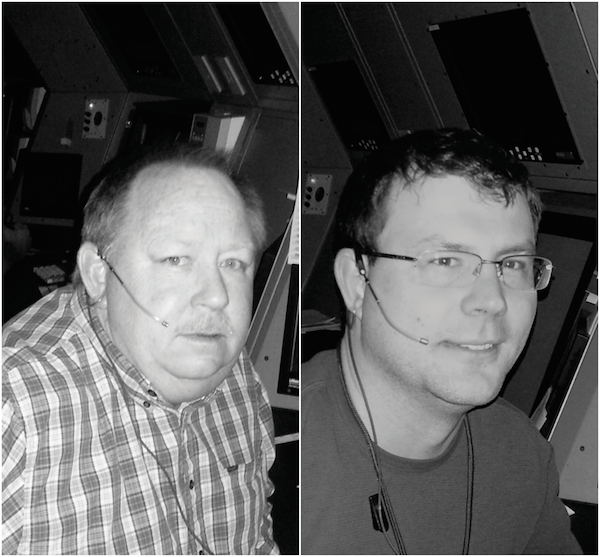 It’s challenging enough for an air traffic controller when a high-speed aircraft is enduring poor weather conditions, bad radio connection and communication issues. It’s even more so when that aircraft is experiencing a fuel emergency.

On April 4, 2012, St. Louis TRACON (T75) air traffic controller Kevin Cook was guiding an F18 (Empire 11) to Spirit of St. Louis Airport (SUS) when bad weather forced the aircraft to be redirected to Scott Air Force Base (BLV). But as Cook gave the directions for the approach to the pilot, communication between them was lost.

Several minutes passed before Cook learned the aircraft had missed the approach entirely. As the pilot requested to be redirected again, he declared that he had “minimum fuel” on board. Once again, the F18 missed his approach due to the weather conditions.

Cook redirected the pilot to a third airport, Lambert-St. Louis International (STL), which was reporting slightly better weather. Although the pilot agreed to land at another alternative airport, he was quickly forced to declare an emergency due to his aircraft’s lack of fuel.

As the pilot began to ascend to 10,000 feet, air traffic controller Steve Clark cleared the airspace for the stricken aircraft so that it could save gas and gain precious altitude. Without Clark’s efforts in making this airspace available, while also holding or redirecting any and all of the other aircraft he was responsible for, the F18 would have had an even more difficult time getting to STL and to safety.

The pilot soon requested to climb to 15,000 feet where the air is less dense so that he could glide through the air with less drag. This would help him preserve what little fuel the aircraft had left as he was now reporting an “extreme fuel emergency.”

With time running out, Cook decided to call an emergency airport surveillance radar (ASR) approach into T75 for the aircraft. Cook monitored and directed the aircraft on the final approach to the runway and provided a play-by-play descent onto the runway giving left and right course guidance. The pilot eventually made a safe landing in what was the nick of time.

A true example of teamwork, Cook and Clark did a remarkable job getting the pilot to a safe landing. What’s even more impressive is there are no published ASR approaches at T75. Therefore, the final ASR approach given by Cook was completely improvised under extreme pressure. The pilot later said that if he had missed the approach at STL, his next request would have been to be redirected to the Mississippi River to ditch his aircraft. Working together, Cook and Clark helped avert a disaster.