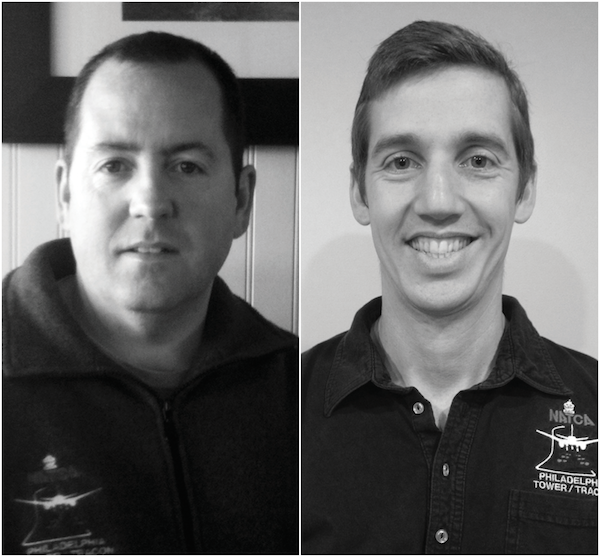 Just after 11 a.m. EST on March 1, 2012, Dave Giberson, 12-year FAA air traffic control veteran, was working Philadelphia International Airport (PHL) arrivals on the local control west position on an east flow (Runway 9R). The weather was overcast at 600 feet, with visibility of 1.5 miles and fog obscuring the first one-third of Runway 9R. Republic Airlines Flight 3137 was on a short final to Runway 9R as Giberson did a final scan of the runway using the ASDE-X ground radar. He noticed a target on the runway and advised the pilot. He asked him to execute a go-around as he couldn’t confirm or deny the target’s authenticity due to the fog. A second flight, AWE1512, then checked in on the frequency for the ILS Runway 9R, in response to which Giberson immediately canceled the aircraft’s approach clearance and issued climb-out instructions.

At the same time, Corey Grafe, a PHL air traffic controller of four years, was working the local control east position, responsible for departures off of Runway 9L. Grafe overheard Giberson send an aircraft around due to a target on the ASDE-X. As Grafe looked out the tower cab window, he spotted a black SUV speeding down Runway 9R.

While the entire tower cab tried to reach out to any airport vehicle, the SUV continued onto a taxiway, crossing Runway 35 and proceeding onto Runway 9L.

“We watched in horror as the vehicle drove all the way down Runway 9R, off the overrun, into the grass then onto Taxiway Sierra,” said Giberson.

Not knowing what the SUV would do next, Grafe withheld take off clearances and kept pilots updated on the events as they happened. When an aircraft in a holding position requested to taxi off the runway because the pilot didn’t trust the vehicle’s rogue operator, Grafe accommodated. Grafe also diverted take-offs for several other aircraft waiting to depart, and a few arriving aircraft that were sent around by Giberson.

The SUV continued all the way down Runway 9L and into the grass, where it was intercepted by the Philadelphia Police and airport personnel.

Investigations revealed that the driver had rammed a locked and secured perimeter gate to enter the airfield. An FBI agent later filed an affidavit that confirmed the man was driving on the runways at speeds in excess of 100 miles per hour, and airport personnel estimated Republic Airlines Flight 3137 was approximately 100 feet above the runway and one-quarter mile from the end of it when Giberson saw the SUV and diverted the flight. The driver confessed later that he was intentionally timing his drive so that the SUV would hit an aircraft as it landed.

The man was charged with driving under the influence, reckless endangerment, resisting arrest, defiant trespass, criminal mischief, aggravated assault, and simple assault. At a sentencing in October 2012, he received 16 months in prison and must pay $92,000 in restitution. Thanks to the swift and professional actions of Giberson and Grafe, this bizarre incident did not end in tragedy.