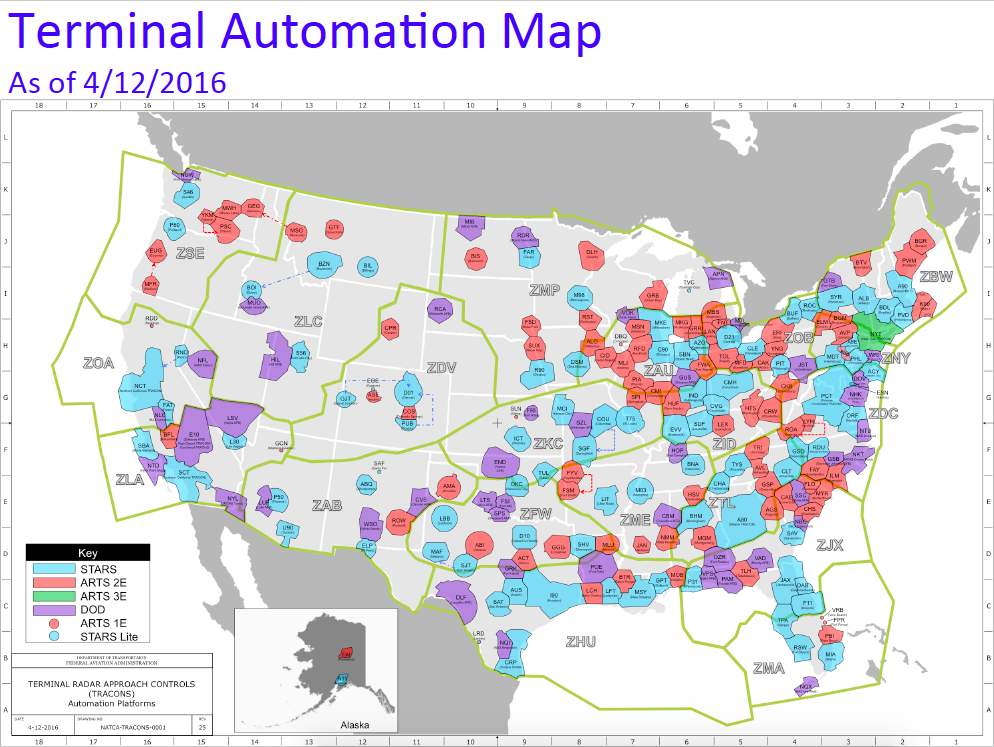 Yet another of the world’s busiest TRACONs has completed its transition to a new automation system without delaying a single airplane because of the workforce’s hard work and collaboration.

On April 12, at 11 a.m. CST, Chicago TRACON (C90) declared Continuous Operations on the Standard Terminal Automation Replacement System (STARS). C90 is the tenth out of eleven Automated Radar Terminal System IIIE (ARTS) sites to complete the herculean task of transitioning to a new automation system (STARS) through the Terminal Automation Modernization and Replacement program (TAMR) over the past three years. This leaves New York TRACON (N90) as the sole remaining ARTS IIIE site in the NAS. N90 will complete their transition to STARS in May of this year which will represent the completion of TAMR Phase 3 Segment 1. NATCA’s Phase 3 Segment 1 Lead Doug Peterson said, “This monumental achievement is a testament to the sort of results that collaboration and teamwork can bring.”

The Continuous Operations (ConOps) decision was made during only the second of four planned transition events. At hour 80 of the planned 72 hour run, FacRep James Hall and facility NATCA TAMR Representative Norval Holcomb consulted with local management and Tech Ops and made the decision to stay on STARS continuously.

“The hard work and dedication of this workforce towards accomplishing this huge goal was amazing,” said Hall.

Norval Holcomb has been the C90 designated TAMR lead for more than four years and has been an instrumental part of the NATCA TAMR team during test events at the Tech Center, Raytheon, and other facilities. The NATCA TAMR Team has developed a unique “pay it forward” mentality whereby each facility in the waterfall has helped the next facilities through sharing their experiences. NATCA TAMR Reps share information and visit other sites during transitions to gain perspective and insight for their own transition. N90 FacRep Kevin Maney and N90 TAMR Representative Mike Stone were on hand for the C90 transition.

Norval stated, “The insight and experience we gain and share in this program has been amazingly helpful here at C90 and I feel certain it will be at N90 as well.”

NATCA’s lead for Terminal Automation Mitch Herrick said, “One of the truly remarkable feats of this program over the past three years is the fact that we have now transitioned 10 out of 11 of the busiest TRACONs in the National Airspace System (Segment 1) as well as 18 mid-level TRACONs (Segment 2) to STARS without delaying a single airplane or issuing a single traffic management initiative. That is truly remarkable! The dedication and selflessness demonstrated at C90 and all of the other sites is a major reason why TAMR is so successful.”

Congratulations to James, Norval, and the entire C90 workforce for such an amazing accomplishment.