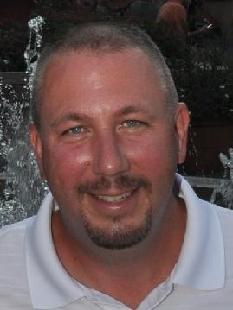 During the early afternoon on Aug. 10, 2011, air traffic controller Todd Mariani was working on one of the low satellite radar sectors at Kansas City Center (ZKC). A Van’s Aircraft RV8 requested to descend while continuing to maintain clear weather (VFR) conditions.

Mariani lost radar identification with the pilot and terminated services just after he advised the pilot about ZKC’s limited radar coverage. About 15 minutes later, Mariani received another call from the pilot, asking for radar services again. This time, he was in difficult weather conditions and needed help.

The pilot was circling his scheduled destination, Elkhart Airport (EHA), which appeared to be closed when the pilot described large “Xs” on the runways. Unfortunately, at the time, Mariani was unable to locate the aircraft because he was too low for radar coverage and the pilot was unable to climb above the overcast clouds.

Mariani: November niner-six-three tango papa, are you circling Elkhart or have you passed Elkhart?

Mariani: November three tango papa, what does it look like over to your east?

With about two hours of fuel remaining and a malfunctioning GPS, Mariani searched for an airport that was reporting VFR conditions. He told the pilot that Liberal, Kan. (LBL), was about 30 miles to his east and VFR traffic was arriving and departing from there. The pilot seemed flustered by the inability to load LBL into his GPS.

At that point, air traffic controller Scott Barnes, working the low sector adjacent to Mariani, took over Mariani’s airspace so he could fully assist the aircraft. Mariani got one radar hit on the aircraft 12 miles east of LBL, but the pilot was uncomfortable with the approaching thick clouds and started to return to EHA. He circled the airport again before Mariani calmly reassured him about the weather at LBL.

“I checked in with him every minute and kept reassuring him that we would get him somewhere safe,” Mariani said.

Then, another airport, Hugoton, Kan. (HQG), suddenly emerged as a viable option. The airport was open and had fuel for the aircraft. It was also closer. Mariani was able to identify him again on radar halfway between HQG and EHA. His heading was good and flight conditions were improving. Mariani called position reports for the pilot, who got the airport in sight. He landed without incident.

Mariani has been an air traffic controller for 22 years, with 10 years of military experience at five different approach controls. He has been with the FAA at ZKC for 11 years.