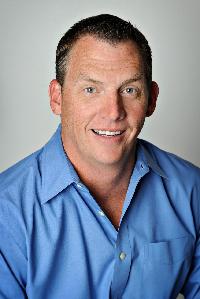 Call it fate that Denver Center air traffic controller Charlie Rohrer took a class on hypoxia, a condition in which a person’s body is deprived of oxygen, the week of May 9, 2011.

The very next week Rohrer saved the lives of two passengers because of the knowledge he received from that training.

On May 17, 2011, the pilot of a Cirrus SR22 became incapacitated from hypoxia during the plane’s ascent on a flight from San Bernardino, Calif. to Colorado Springs, Colo. His wife, who had no flight training, was forced to take over the controls.

Rohrer noticed something suspicious when the 70-year-old pilot began having difficulty breathing during their routine conversation. He immediately recognized the symptoms of oxygen deprivation.

Taking quick action, Rohrer asked for help. Is someone out there familiar with the Cirrus model? The pilot of a Great Lakes Airlines flight, headed to New Mexico, was listening and offered to assist. He coached the pilot’s wife on what knobs to turn to get the aircraft down to a lower altitude, which alleviated the hypoxic effects.

While the pilot assisted the wife on a controlled descent, Rohrer simultaneously guided the aircraft back on course for a landing. It had been headed dangerously toward the mountains.

Thirty minutes later, the pilot regained consciousness and was back at the controls. Rohrer instructed the pilot to land in nearby Farmington, N.M., but the pilot resisted.

N1WA: I think I’m better off going to Colorado Springs… I’m not ready to land the airplane.

Rohrer: The problem with going to Colorado Springs is you gotta go all the way up to 17,000 feet and then we’re in hypoxia again.

The pilot finally lined up the plane for a landing at Farmington airport but, because he was still woozy, the Great Lakes flight pilot and Rohrer decided to declare an emergency. The Farmington tower helped the pilot and his wife land safely, but not until after the wife seriously considered deploying the emergency parachute.

Said the first officer of the assisting Great Lakes flight to an FAA employee publication: “[Rohrer] was great. I think he did a great job of trying to coach [the Cirrus pilot] down and coordinating our help in dealing with the situation.”