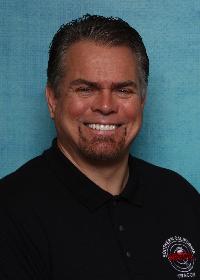 Air traffic controller Kevin McLaughlin was working the Shore radar position in the Coast Area at Southern California TRACON on July 29, 2011, when a student pilot flying a Cirrus SR20 checked in on his frequency. He was at 4,500 feet and flying along the California coastline. A few minutes beforehand, the aircraft had a high oil and cylinder temperature reading. When McLaughlin confirmed this information, the pilot then advised that the temperature had decreased and he would continue heading toward Torrance, Calif. (TOA).

Two minutes later, the pilot informed McLaughlin that his exhaust gas temperature gauge (EGT) was in the red. McLaughlin suggested he divert to the closest airport, John Wayne, Orange County (SNA), just 10 miles away. The pilot agreed and McLaughlin gave him vectors and weather information.

But one minute after that, McLaughlin noticed the aircraft was continuing to descend. When asked why, the pilot said the temperature had decreased and he was going to continue to TOA. McLaughlin advised him to maintain his present altitude of 2,500 feet in case the engine failed over the ocean and the pilot needed to glide to shore. But the pilot continued to descend to a dangerously low altitude, confirming McLaughlin’s suspicion that the descent-induced cooling had only temporarily solved the problem. McLaughlin explained to the pilot that his oil temperature was decreasing because of the descent and the resulting increased airflow over the engine was causing it to cool  The pilot was trading critical altitude for cooling effect.

The pilot was beginning to fly near the high seaside cliffs of Laguna Beach when he finally agreed to land at SNA. At this point, he was now experiencing a rough running engine.

McLaughlin: Do you have the coastline in sight there? You’re almost below the terrain there on the coastline.

McLaughlin: Okay. Alright, can you see if you can level to be able to make the airport, sir? I’m concerned about your position there reference the terrain.

McLaughlin declared an emergency for the pilot and then began to coordinate with the SNA tower to prepare for his arrival. McLaughlin then instructed the pilot to climb to about 800 feet. The location of the airport was again called and the pilot advised it was in sight.

While balancing the aircraft’s critical state and low altitude, McLaughlin was still able to consider the safest possibilities for the pilot. He worked with SNA to be able to give the pilot the shortest distance to a safe landing, the opposite direction use of Runway 1 instead of Runway 19.