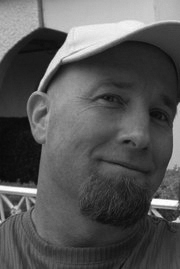 Douglas Mruk phoned in for help on the early morning of June 30, and it was not from the sky, or even solid ground. Mruk found himself clinging to the edge of his overturned boat in the frigid waters of Cook Inlet, Alaska, as he reported his emergency via cell phone to Anchorage Fire Department dispatch.

Luckily for this distressed boater, certified professional controller David Whisnant was on duty that day at Anchorage TRACON (A11), and immediately took action to assist the search and rescue efforts. Whisnant coordinated with a military Sherpa aircraft in the boater’s vicinity of Birchwood to look for the overturned boat, and sure enough, the aircraft soon spotted a person in the water with a life preserver. Volunteering to remain in the area, the Sherpa circled the site as it waited for rescue personnel to arrive.

While Whisnant efficiently worked to receive the exact coordinates of the aircraft (and therefore the boat in distress), a VFR helicopter came over frequency amid a busy stream of transmissions, reporting his location in the Birchwood area.

Thinking fast, Whisnant asked if the aircraft was able to make a water rescue, and after quick confirmation, transferred the Sherpa’s GPS location of the boat to the helicopter. Minutes later, the boater was being picked up out of the water.

BOXCAR64: Approach, Boxcar six-four, looks like the helicopter got that guy out of the inlet…

CGUY: Yes sir, I did. He is really cold. How about if I drop him off at the hospital downtown?

Trapped in waters of less than 40 degrees, Mruk was reported to be hypothermic upon retrieval. Without Whisnant’s responsive actions, the worst would have happened, as Whisnant was later informed that the injured boater would not have lasted another 10 minutes due to the temperatures he encountered that morning.

As we typically witness in this profession, it is not always the ordinary “aircraft in distress” occurrences that we come across each day, but frequently the unexpected that require our safety professionals to stay at the top of their game. Whisnant demonstrated this to a tee, and due to his proactive assistance through a unique circumstance, an individual’s life was saved.

“It is because of A11 controller David Whisnant’s quick reaction and practical application of his experience, that a boater who had capsized in Alaska’s icy waters is still alive today. Dave immediately took control upon retrieving news of the situation, and utilized a military aircraft and a general aviation helicopter that happened to be in the area to orchestrate the rescue of the stranded boater. This event is proof that the air traffic profession is not just about the typical rescue among the skies, but rather staying on the tips of your toes in preparation for every unexpected circumstance that comes your way. Dave did just this on June 30, 2010, and responded to such with skilled and professional assistance to all persons involved.”