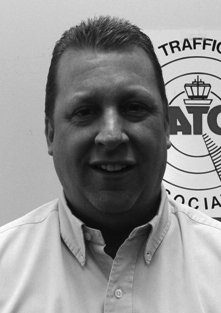 With an excess of admirable patience and dedication, a Cleveland Center (ZOB) member took control of a tricky situation last year. The episode that occurred on June 24, 2010, was a complicated one, and controller Gregory Dukeman definitely had his hands full.

On this particular day, Dukeman was faced with a disoriented VFR-only pilot that was unable to maintain minimum altitude while entering areas of IFR conditions. On top of this, the pilot spoke with an accent, which at times made communications between the two difficult.

N242AV: We are now with IMC situation. Can you advise us to, uh, landing for nearby airport?

Dukeman: You say you want to land at the nearest airport?

Dukeman, determining the closest airport to be Bradford, Penn., provided advisories to N242AV, as well as suggested headings and altitudes. All the while, he assisted other aircraft on frequency that included one simultaneously experiencing weather issues towards Buffalo.

Turning his focus to the disoriented pilot of N242AV, now frequently moving in and out of radar contact, Dukeman set in to get this aircraft on the ground. At one point, the aircraft was picked up on radar 180 degrees off course among the IMC conditions, and Dukeman took this opportunity to suggest another airport. However, the pilot was persistent in continuing on towards Bradford, and Dukeman was determined to do everything he could to get him there safely.

Dukeman: Are you asking how high the clouds are in that area?

Dukeman concentrated on keeping this pilot out of the worst of the weather, while continuing with instructions towards his intended destination. Providing additional, above and beyond assistance, he made certain that the pilot not only knew how to use the UNICOM frequency to turn on the lights at the airport, but also the phone number to call and report when he was safely on the ground, despite the numerous communication difficulties that ensued in getting this message across. Finally, about 45 minutes after the start of this increasingly dangerous situation, the pilot reported the field in sight. After providing field elevation for landing, Dukeman noticed that the pilot had once again mistakenly reversed course, which caused him to momentarily lose sight of the airport. The pilot, after being repositioned for the airport a second time, was switched over to the UNICOM frequency for an attempt at a VFR approach.

During the full extent of this time-consuming event, Dukeman made sure to offer up alternative landing options, as well as ensure that the pilot in crisis had all the information needed to ensure the best outcome possible. Not all people can take such a variety of difficult circumstances and react with such commitment and poise. There is no telling what would have happened without Dukeman’s professional assistance, which all paid off when a breathless and noticeably appreciative pilot was heard on the other end of the phone shortly thereafter. Calling up the center after a successful landing, the pilot confirmed what many in the room that day were already sure of – the controller’s actions had saved this pilot’s life. After repeated thanks, the pilot said goodbye, truly sounding like a man who was grateful to be alive.

“Working on a day when weather impacts your airspace is always a unique challenge. And, when a VFR pilot receiving flight following enters IFR conditions, it can become especially dangerous. For the pilot of N242AV, that is exactly what occurred on June 24, 2010. Routine flight following became nearly an hour of suggested vectors around weather and towards the nearest airport. The aircraft on several occasions reversed course unexpectedly, and despite it going in and out of radar contact, our regional Archie League winner, Gregory Dukeman, was able to assist this pilot in finding the Bradford Airport where he then landed safely. Shortly after, the watch desk at Cleveland Center received a call from the breathless pilot who stated, ‘You saved my life.’ These actions demonstrate the crucial role our controllers play each and every day in protecting the lives of our nation’s aviators, and I join my fellow controllers in the Great Lakes Region in thanking Gregory for his exceptional commitment to safety.”