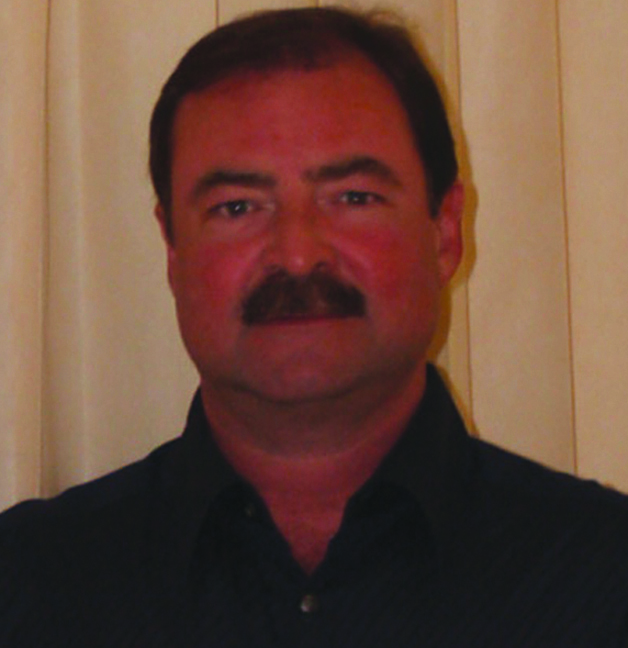 “What I saw on March 15, 2008, was a feat of airmanship I have never witnessed from the first-hand perspective.”

These are the words of controller Christopher Stephenson, and an opinion that is shared by many at Memphis Center when asked of Kenny Ellis’ efforts during an aircraft’s close-to-catastrophe moment.

Ellis was working Sector 33, a large sector in the North Area of Memphis Center, when things started to heat up, literally. A Hawker 800 had just come on the frequency requesting an emergency descent due to smoke in the cockpit, and the call couldn’t have come at a worse time. The aircraft was positioned in the narrowest, most complex area of the sector with the most crossing traffic, a fact that proved evident at this moment given that Ellis was already faced with at least two aircraft on converging courses in less than two minutes. He would now have to maneuver those, as well as the Hawker, out of harm’s way.

Ellis instantly reacted to redirect all aircraft not involved with the emergency and then, with what fellow ZME controller Jason Arnold refers to as “grace, poise and composure,” started in on helping the Hawker with its rapid descent.

“Need lower,” responded the pilot in an attempt to follow the suggested altitude. “We’ve got smoke in the cockpit. We need lower.”

Conscious of the other aircraft in the area, Ellis attended to the two planes that were now moving along the troubled aircraft’s descending path. At the same time, he provided information to the aircraft that would be essential to a safe landing at the nearby airport in Cape Girardeau, Mo. (CGI).

“Cape Girardeau, turn right. It’s 55 miles to the west. I know you’re busy, just let me know…if you can’t answer me, I understand,” offered Ellis considerately as he continued to read out runway layouts, distances, vectors, and weather conditions.

“Mr. Ellis did an outstanding service, not only accommodating every request that N752CS had made, but also ensuring positive control and separation for the other aircraft that he was providing a service for as well,” wrote Arnold regarding Ellis’ efforts.

For air traffic controllers, time doesn’t stop when trouble arises. Aircraft continue flying and questions continue over frequency from pilots in the air. Not only did Ellis ensure a safe landing, but did so in a professional, quick, and steady manner.

Six minutes can feel like eternity when you find yourself suddenly plummeting through the clouds without power. The only thing around to calm you is the voice at the other end of the radio, and on the morning of Aug. 28, 2008, that voice was Joe Mackie.

It was just an ordinary Thursday morning at Greer Tower when Bonanza 7741R pilot Jeff Green, headed towards North Carolina from Georgia, radioed Greenville-Spartanburg TRACON and was handed off to Mackie’s frequency.

The aircraft’s oil pressure had dropped to zero and the smell of burning metal filled the aircraft. With the cloud ceiling at 700 feet, the landscape below was invisible. He would need to land at the nearest airport.

With only the six minutes of flying time left for the troubled aircraft and an initial plan that would take 10, Mackie was quickly out of options. The pilot was unable to maintain altitude and, all the while, was getting more nervous. “I calmed myself down and decided that flying the airplane was the highest priority, I would rely on the controller to provide vectors and weather,” remembers Green when looking back at those fateful moments.

“I can land on a taxiway or anything, man,” Green says with uncertainty still evident in his voice, in which Mackie responded, “I’m just trying to keep your vectors as best as I can for the airport.” When the landing destination was within reach, Mackie relayed the information to the pilot saying supportively, “You’re almost over the runway now.”

“I got it,” Green replies with relief at his first sight of the airport. “I’m going to make it, sir.”

Without enough power to line up with the runway, the aircraft touched down in a grassy area about 20 feet shy of the runway. Despite the short landing, both the pilot and passenger were able to leave the incident without so much as a scratch.

Mackie had gotten the job done, and had done so with only his ability and 20 years of experience to rely on. Mackie realized the severity of the situation and was able to remarkably compare the descent rate of the aircraft with the distance remaining. It takes a strong person to stay cool in such a high stress situation, and Mackie’s judgment proved him to be a hero as he averted a potentially fatal situation.

To Mackie, this was just the everyday responsibilities of his job – keeping a calm voice for a pilot in need. In the eyes of pilot Green, it was much more. “I was totally reliant on Joe to navigate to the airport,” he says as he remembers the nerve-racking few minutes. “Whatever he said, and whatever I did to react, he put me on the end of the runway, and I’m able to talk about it today.”