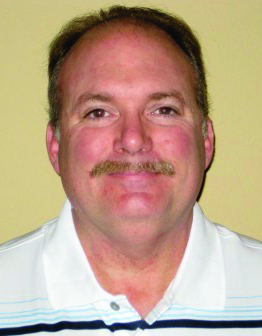 “Sometimes in life, we don’t always get to thank our benefactors,” wrote pilot Scott Spencer in a letter to D10 TRACON.

Thanks to the actions of Douglas Wynkoop and Natasha Hodge, Scott Spencer was able to do just this.

One a VRA developmental, one a 27-year veteran – both proved skill and resolve beyond measure with the terrific work they displayed on Dec. 7, 2009, when faced with a confused and disoriented experimental aircraft in distress.

Natasha Hodge was working her certification ride on this particular evening when N300SX on an instrument flight plan checked onto frequency inbound to Fort Worth Meacham Airport. Hodge watched carefully as the aircraft went from an assigned altitude of 3,000 on a heading of 315, to 1,700 feet on a heading of 065 in just 24 seconds.

Witnessing the drastic flight loops taking place in front of her, she again calmly instructed the aircraft to the assigned altitude, but this time, the aircraft continued to climb to as high as 5,200 feet.

Hodge: Are you having any difficulties?

N300SX: I had a little problem with my, uh, GPS on the approach.

Now with the specific problem defined, Hodge assigned headings for an ILS approach. The cloud ceiling of 600 feet overcast and the visibility of half a mile precluded anything but an instrument approach. Once again, however, she was forced to redirect the aircraft due to the pilot’s series of erratic turns and difficulty tracking the localizer.

“Jet Speed thirty-five, turn left heading three-six-zero immediately,” Hodge promptly advised over frequency to a nearby aircraft as she continued to work the sector in addition to assisting the experimental aircraft.

Witnessing the extensive length of time Hodge had spent thus far assisting the aircraft and taking into account the rapidly-intensifying situation, Douglas Wynkoop stepped in to take over the situation. He immediately redirected other aircraft in the area while, at the same time, turning the distressed aircraft away from an antennae which now lay in its path of descent. The aircraft was able to regain power and, after witnessing the previous three missed approaches and knowing there was less than 40 minutes of fuel with no airports reporting VFR conditions within the limit of flying time, Wynkoop suggested an ASR approach into Navy Fort Worth after exhausting all other options. With the excellent assistance of the GCA controllers at Navy Fort Worth, the ASR approach and landing was successful.

During his communication throughout the event, Wynkoop made sure he was clear on the pilot’s intentions while patiently offering up multiple landing options for the aircraft. He professionally alerted the control tower regarding all emergency information, including pilot, aircraft and approach details, to ultimately ensure the aircraft’s safety upon descent.

Wynkoop not only stayed in tune with all aspects of the situation at hand, both on frequency and behind the scenes, but this seasoned veteran remained confident in his developmental for the majority of the emergency. He allowed her to excel at her job and prove herself capable of handling extreme pressure with composure and professionalism before then taking over.

Combined, these two members worked the aircraft for 51 minutes – 30 minutes of which consisted of critical circumstances requiring precise instruction – and demonstrated teamwork and commitment at its finest during the entire ordeal.