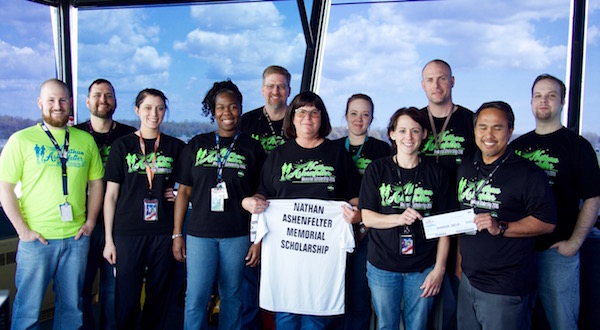 For the last four years, NATCA Toledo ATCT local (TOL) and the FAA’s TOL System Support Center have participated in the Glass City Marathon, Half Marathon, Relay, and 5K races. TOL collected donations and sponsorships for runners and walkers. Forty-six people either donated or participated in the events this year, most doing both.

“We were successful in raising $2,500 for the Nathan Ashenfelter Memorial Scholarship, including a $500 donation from the NATCA Charitable Foundation,” said TOL FacRep Micah Maziar. “NATCA’s TOL local sponsored the event T-shirts, so every participant was sporting a NATCA logo!”

Nathan Ashenfelter was the son of TOL Secretary, Lisa Ashenfelter, who died in an auto accident in 2003, while still in high school. The scholarship fund was created in his memory and makes one to two yearly disbursements to students. The students selected in 2015 were Jalen Towers and Justin Ashenfelter (Nathan’s younger brother), both from Hilltop High School in West Unity, Ohio.

TOL’s fundraising efforts this year were spearheaded by a few of the avid runners at the facility. While the annual event began small, it has quickly grown each year. TOL has started holding pre-race lunches and post-race parties at the facility. This year, they held a “carbo-load” brisket lunch. The post-race party was a cookout complete with burgers, hot dogs, London Broil, and all the sides.

“Our entire facility rallies around this event every year,” says Maziar. “It is certainly a point of pride for us. We saw twice as much participation from members from last year, so saying that it was amazing event is an understatement.”

View more photos of the event. 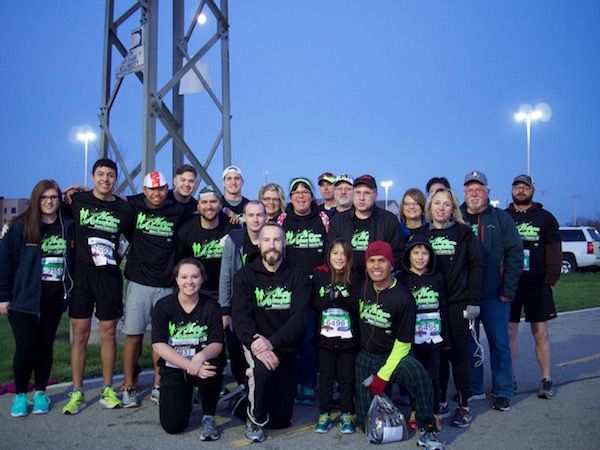