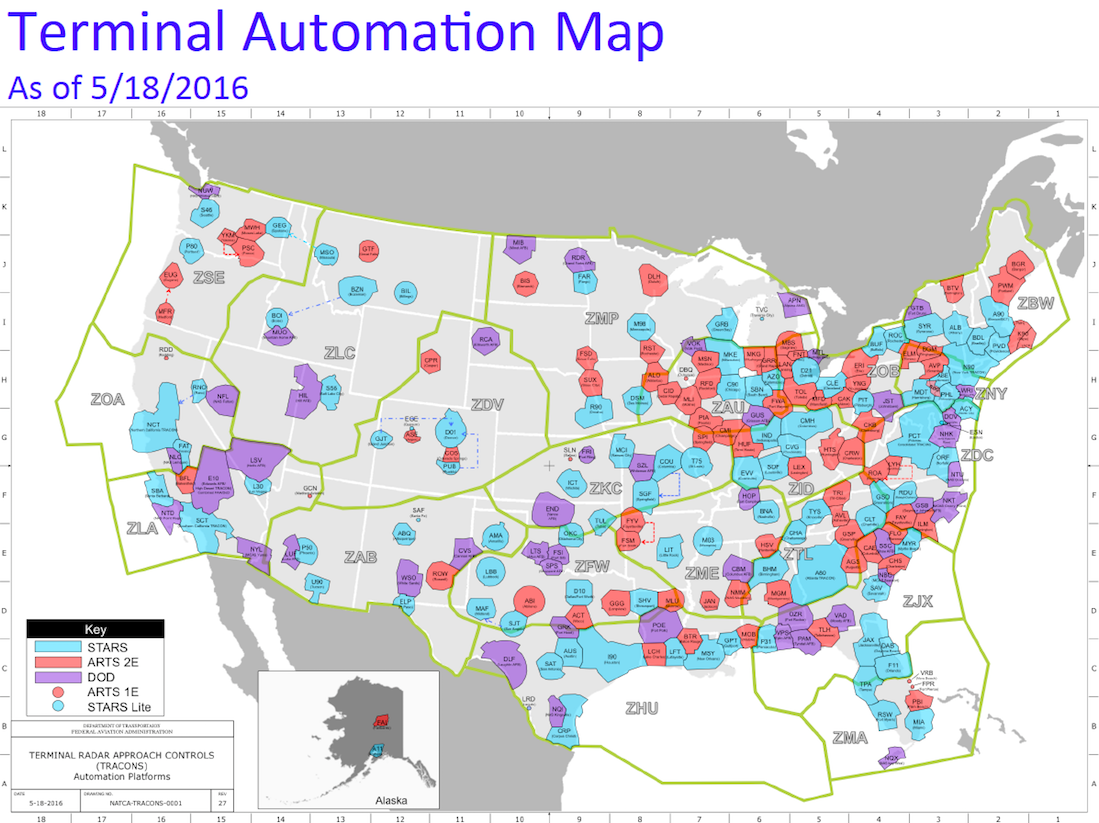 The Terminal Automation and Replacement Program reached several milestones this week. New York TRACON (N90), Amarillo ATCT (AMA), Green Bay ATCT (GRB), Myrtle Beach ATCT (MYR), and Spokane ATCT (GEG) all recently made the transition to the Standard Terminal Automation Replacement System (STARS). These are monumental events that all of NATCA should take great pride in accomplishing. N90 Declared Continuous Operations at 11a.m. on May 17. AMA transitioned on May 2, GEG (including Missoula, Mont.) transitioned on May 5, and GRB and MYR both transitioned on May 16. This brings the total number of Automated Radar Terminal System (ARRTS) IIE sites that have transitioned over the past two years to 22 out of the 94 planned. Nineteen additional sites will transition this year, 32 sites in 2017, 15 sites in 2018 and, 10 sites in 2019. The TAMR representatives team takes great pride that thus far, they have never missed a milestone and have met every timeline.

N90’s transition marks the completion of TAMR’s Phase 3 Segment 1 (P3S1). This represents five years of extremely hard work by many NATCA members from across the country to accomplish something many pundits did not believe was achievable. NATCA’s Lead for P3S1 Doug Peterson quipped, “We thought N90 was going to be the most difficult transition ever and instead, because of the effort put forth by the N90 membership, N90 TAMR Lead Mike Stone, NATCA OSF Rep. Kent Peterson, as well as all of the facilities that preceded N90 working to ‘pay it forward,’ it was one of the smoothest events ever.”

N90 FacRep Kevin Maney said, “The amount of work that went into this transition cannot be overstated. I’m extremely proud of the workforce here at N90 working to get the requisite STARS training completed and this transition done while working short-staffed and staring down the summer weather and traffic. They are the best in the world and they make the extraordinary look easy.”

“Mike Stone and Kent Peterson worked countless hours to ensure that this system was ready and along with the TAMR Team they made it happen with little fanfare,” Maney continued. “What an amazing team effort!”

“Five years ago NATCA President Paul Rinaldi told us to ‘Find solutions to the problems and make TAMR successful. Make NATCA the reason that it is successful,'” NATCA’s National Lead for TAMR Mitch Herrick said. “We have done that and so much more. One of the things I am most proud of is that we have now changed out the automation system in 11 of the largest TRACONs in world as well as 22 ARTS IIE sites. We have not instituted one single Traffic Management Initiative nor have we delayed a single aircraft in the process. That is unheard of and a testament to the type of results that collaboration can produce. This team is makes it look easy while it is anything but.”