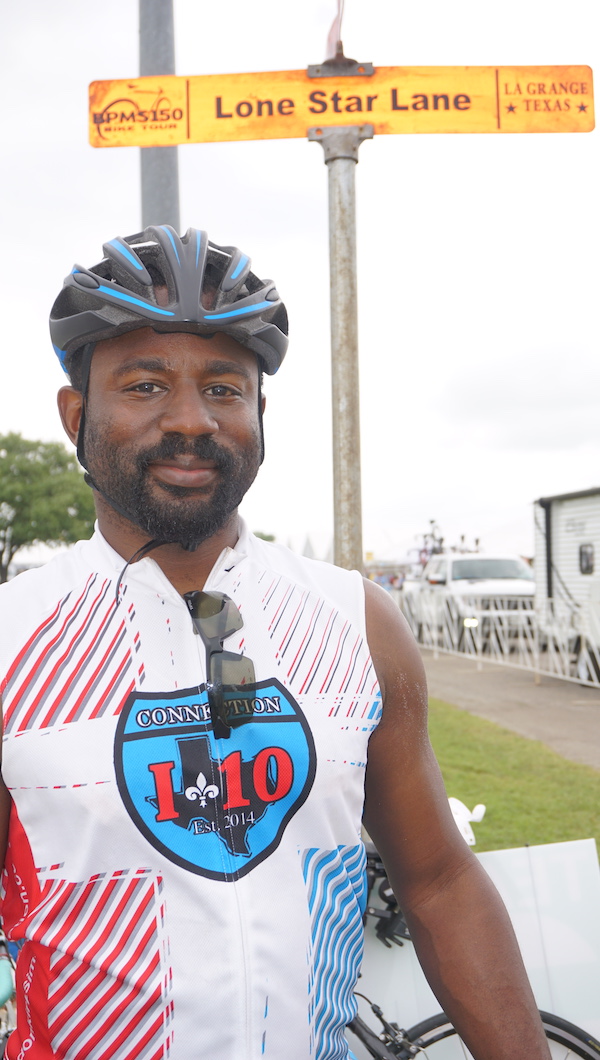 Bernard Bridges, II just participated in the MS 150, a national fundraiser for the National Multiple Sclerosis (MS) Society of America. The Houston Center (ZHU) controller partnered with the NATCA Charitable Foundation (NCF) for the event and raised $1,100 for the charity.

“At our quarterly meeting at ZHU we got into what NCF does and were asked to bring anything beneficial we were doing to the charity’s attention,” he explains. “It makes me proud and glad they were able to help me support others.”

Bridges just began cycling competitively this year. He started practicing in January 2016 for the MS 150; a two-day fundraising event that includes a 180-mile bike race. 13,000 cyclists were in attendance alongside 3,500 volunteers. Bridges had initially wanted to participate in 2015, but didn’t realize the training and cost that went into preparing for such a large event.

When asked why Bernard chose to support MS, he explained that it was a matter of supporting your community. He connected with the charity organically and then went on to speak with different people at work as well as friends and family. He discovered just how many people MS effects, including a family friend of his who has been living with MS for the past 15 years.

“It made the event more personal for me,” he explains. “A bulk of the ride, you’re riding through less populated areas but there are family members ringing cowbells and holding up signs that say things like, ‘Kick MS in the butt’ and ‘You’re riding for my grandmother.’ The people you’re riding to support being so enthusiastic and supportive right back really inspired me to finish strong.”

The MS 150 is the first fundraising event that Bernard has participated in, but now that he has a taste of giving back to his community, he’s ready to keep riding. He’s already ridden in another local fundraiser for the Columbus Lions Club, a 55-mile ride that supports all that the local organization does for Columbus, Texas. In October, he’s riding the Tour de Cure to support diabetes research, a 100-mile ride.

“The support you receive from the local community and event volunteers makes the events more fun for me,” he says. “I know I’m making a difference and helping people.”

Bernard relates riding long races to working in the team environment of an air traffic controller, saying it’s not something you can just jump out there and do because you’ll hurt yourself or somebody else.

“Cycling in a group is the same as the team setting at the facility,” he says. “Everyone works to achieve a specific goal. That goes with the people you’re riding with and the volunteers who are there supporting you, or with the support we all receive at work from our fellow controllers.”

Bridges now has well over 700 miles under his belt since January of this year and even though he has a busy air traffic control schedule alongside his NATCA training schedule, he’s excited to keep going.

“Giving back and cycling are a lot like our job,” Bernard concludes. “If you’re dedicated to something and discover a passion within yourself, you always find a way to keep doing it.”