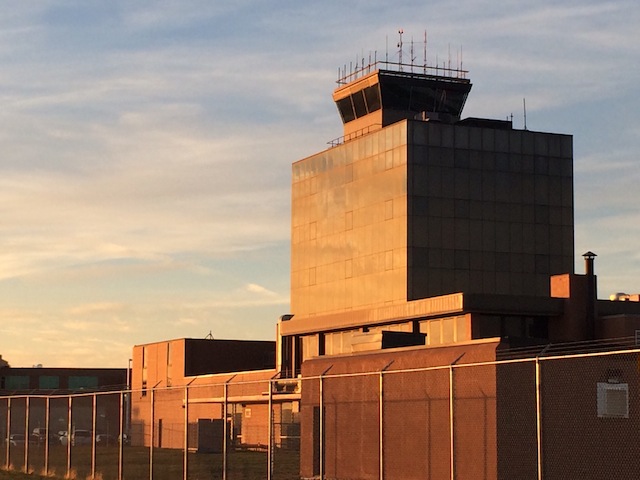 On the afternoon of June 29, Chicago Center Facility Representative Toby Hauck received a phone call from Congressman Aaron Schock, R-Ill. (18th District), who had some very exciting news to share about Peoria (PIA) and the interests of aviation in West Central Illinois. Hauck picks up the story here, in his own words:

Transportation Secretary Ray LaHood formerly represented this district. During LaHood’s tenure, the air traffic control services fought off an attempt to shut down the operation during midnight shift operations. It is essential PIA remain open overnight to support both the PIA Air National Guard and PIA Army National Guard, in addition to supporting the only medical trauma center in West Central Illinois.

In 2007, the PIA Airport Authority announced that a new nine-gate terminal would be built. The older terminal was to be demolished, leaving the air traffic control tower and TRACON as stand-alone structures. There were many unanswered questions. A multi-million dollar rehabilitation project started on the existing tower that included asbestos abatement. Congressman Schock quietly worked in the background to get a new facility built to better serve the airport. The FAA approved a new tower but excluded the TRACON. The FAA claimed it was not cost effective and the TRACON services would be moved from PIA.

Congressman Schock did not accept this answer. As the Congressman has done in the past, he rolled up his sleeves and got to work.

The phone call I received on June 29 was the Congressman advising me that the FAA had decided to add the TRACON to the new tower construction. This is a huge victory for the PIA airport and the state of Illinois.

I personally want to take a moment to express my gratitude to Congressman Schock. Thank you! And on behalf of the nearly 1,100 NATCA members in the state of Illinois, we appreciate his commitment to the safety of the National Airspace System.