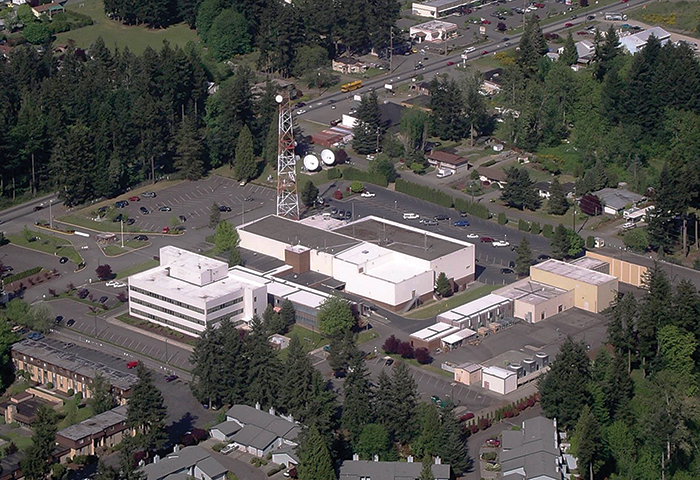 ZSE’s airspace encompasses approximately 300,000 square miles, including all of Washington, most of Oregon, and portions of Montana, Idaho, Nevada, and California. The center boundaries extend from the Canadian border to Northern California and from western Montana to 150 miles off the Pacific Coast.

Controllers work with Vancouver and Edmonton Control Centers to the north, Salt Lake City center to the east, and Oakland Center to the south and west of their airspace. There are a total of nine approach controls in Seattle Center’s airspace.

Traffic at ZSE includes all types of aircraft from C152s, R44s, to FA18s. There are two prominent flight schools that execute several practice approaches each day at Redmond, Ore.

“We’re like a hybrid facility, a cross between a center and an approach control,” explains FacRep Troy Harrison. “We work a lot of VFR (visual flight rules) aircraft, as we provide approach control services to five VFR towers and take over an additional five approach controls during the mid-shift hours.”

Despite the busy schedule, controllers at ZSE still find time to get together and to host solidarity events.

“My son, who used to work at ZSE as a Remote Pilot Operator in the Training Department, told me after his first day that I have one of the best jobs because I get to work with many of my best friends here at the facility,” said Harrison. “I truly believe that. I have the best job because I represent the best facility in the country.”

When visitors come to ZSE, Harrison tells them that they’re like a big family. Even though they may not all agree, they treat each other with respect. He says that the relationship between the bargaining unit, management, all locals, and other facilities is great and that everyone is willing to roll up their sleeves and work together.

Harrison also emphasizes that it’s not just ZSE reps that make the facility great, but also the collaboration and strong leadership from everyone at the facility. He says that talented members such as Clarence Courtney and Anthony Goodwin led them through the transitional early ERAM (En Route Automation Modernization) years, and he describes their Pro-Standards team lead, M’Linda Henninger, as the epitome of professionalism.