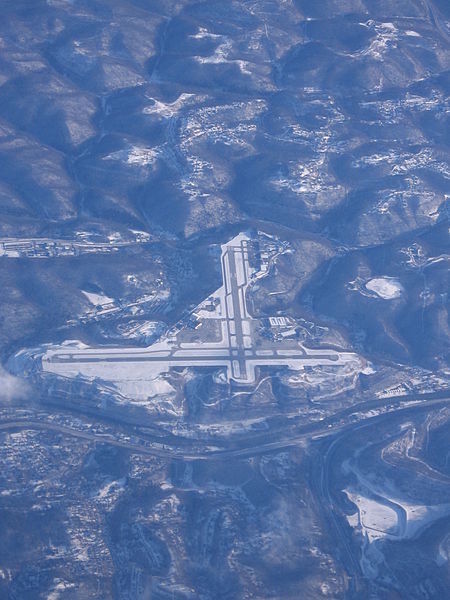 Charleston ATCT (CRW) is home to 27 NATCA members, including a large influx of new hires, according to FacRep Brent Garrett. The level 6 facility was commissioned in 1947.

“We are responsible for about 40 miles around our facility, which covers CRW’s Yeager Airport, Raleigh County Memorial Airport (BKW), and Clarksburg Benedum ATCT (CKB) airport, as well as up to 10,000 feet,” says Garrett. “We are also responsible for over 30 airfields, airports, and helipads in our airspace.”

CRW controllers work with those at Huntington ATCT (HTS), CKB, Indianapolis Center (ZID), and Washington Center (ZDC). There is a military Air Guard base close to the facility and controllers get to work a wide array of military aircraft, including C130s. CRW also sees a wide array of civilian aircraft and United States Presidential fleet fly-ins. Several of those aircraft, under the call sign Venus, call the airport to use the VOR-A approach, explains Garrett.

CRW overlooks the city of Charleston to the east, and Coonskin Park to the west. Controllers also oversee three helipads for local hospitals within five miles of the main departure route from runway 23. Some sources say the only other earth moving project larger than building Yeager Airport was the building of the Panama Canal, at the time, explain Garrett.

“Due to being on top of a large hilltop, we get rolling, thick fog in from the valley that surrounds the airport,” says Garrett. “It’s usually bad enough to prevent aircraft from arriving for an hour or two depending on the thickness.”

While there is no annual fly-in at the facility, the national Boy Scout Jamboree in West Virginia brings a higher volume of traffic to CRW. The Greenbrier Classic PGA Golf Tournament also affects aircraft load in the airspace.

“We have had a large influx of new hires so we have a local minor league baseball team that we are all attending this week to get the folks out,” says Garrett. “I personally just bought a house and had a lot of members over as we all have become pretty good friends here at CRW and have a very strong and successful union.”

Garrett is also proud of the CRW NATCA local accommodations – boasting a large break room and office space – and relationship the local has with CRW management.

“I have now been able to visit facilities from Alaska to Hawaii, D.C. to Dallas, and everything in between, and we have one of the best set-ups around,” continues Garrett. “We have a great relationship with management and even in the worst of times, I am able to walk in and usually work things out with management and the air traffic manager.”

Garrett says the best part about being FacRep is a question he could answer in many different ways.

“The feeling of helping a member out in need, even when you think there is no hope and finding a solution is something that can’t be replaced – I would have to say that is the reason people do this,” he says.

Garrett takes his role seriously and with pride, giving 100 percent to his local, community, and family.

“My membership can get a hold of me 24/7 and trust me, they do,” he said. “My e-board is the backbone to this membership and the members make the job easy, most of the time.”

Garrett was just re-elected for another term as FacRep and he says his passion to make CRW better will never go away.