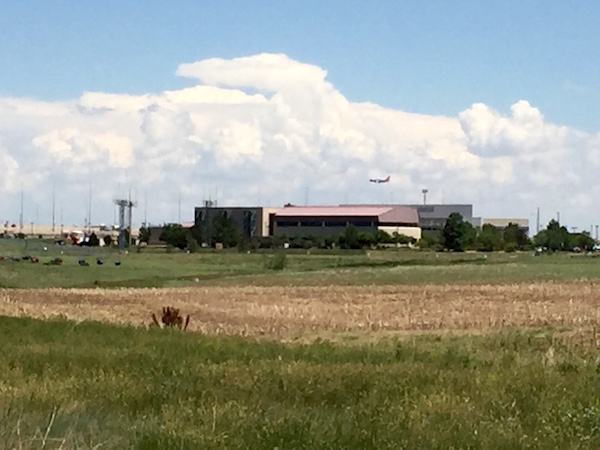 The facility is responsible for 42-to-50 nautical miles around Denver, from the surface up to 23,000 feet. The facility also works non-contiguous airspace around Pueblo ATCT (PUB) and Grand Junction ATCT (GJT). D01 works with five different areas in Denver Center, Cheyenne Approach Control, and Colorado Springs Approach Control, which are sandwiched between the Denver Terminal sectors and the Pueblo Terminal sectors. The facility also works with seven control towers: Denver (DEN), Centennial (APA), Rocky Mountain Metro (BJC), Buckley Air Force Base (BFK), Front Range (FTG), GJT, and PUB. The airport at Fort Collins, Colo., is slated to be the next key site in the Remote Tower Program and will interact very closely with D01.

Controllers at D01 work aircraft of all types, including air carriers. The facility works a complex fleet of aircraft, including piston aircraft and general aviation turbojets at APA and military helicopters and fighter jet aircraft at BKF. The PUB area is also home to Doss Aviation, home to a large Department of Defense training wing of DA20 aircraft. Fire-fighting tankers are based at BJC and FTG is home to numerous visual flight rules aircraft fly-ins. FTG is also the proposed site for a future spaceport.

“Denver is challenging because of the high terrain located within 40 miles of DEN and in the immediate vicinity of the GJT airport,” says FacRep Kevin Wright. “The terrain also causes adverse and challenging wind conditions including windshear and microbursts at all of the airfields in the TRACON airspace.”

Thunderstorm development and movements along the Front Range region can often be erratic and this further adds to the daily complexities of working the airspace.

“The people of Denver TRACON are passionate and committed to being the best and it is a privilege to see them succeed,” he says.

D01 is also the leading user of Required Navigation Performance (RNP) curved approaches in the nation. Wright says that the dedication of the workforce and the continuous involvement of NATCA members at the facility have been instrumental in all the facilities successes.

“All of the air traffic controllers in the facility are NATCA members and it allows for a great deal of solidarity and a desire to constantly be looking out for all of your brothers and sisters, both in the control room and out,” Wright says. “The local has at least four membership meetings each year and is always looking for more ways to build that camaraderie between the controllers.”

Solidarity events for members have included Colorado Rockies baseball nights and a Santa fly-in each Christmas that controllers from all the facilities in the area attend with their families. D01 also participates in a yearly Christmas party with their NATCA brothers and sisters from Denver Center.

“The greatest part of being FacRep are the members that I work with and the ability to serve them,” explains Wright. “This facility has really turned itself around. We continually have long lists of people wanting to come to Denver and work at the TRACON. It is a testament to the people that currently work at D01.”