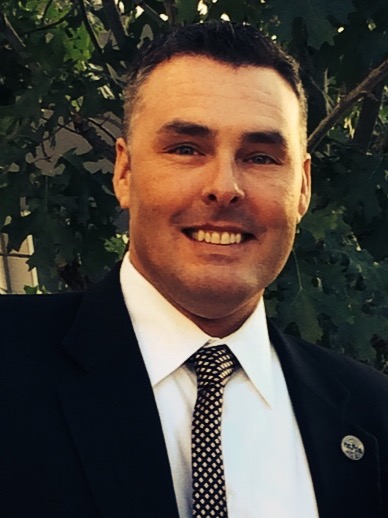 The National Legislative Committee (NLC) strives to advance the status, professionalism, benefits, and working conditions of all NATCA bargaining unit employees through political and legislative activism. The NLC accomplishes these tasks through grassroots activism, educating and training NATCA members on how to become effective legislative activists, as well as providing political education.

As part of the NLC’s legislative training efforts, they have instituted a mentorship program in order to pass down important institutional knowledge to the NLC of the future. Stan Parulski was one of three mentees who attended NATCA in Washington (NiW) this year. He has since assumed the role of Southern Region Representative on the NLC and is honored to share his experience with the membership:

How many times have you attended NiW?
I’ve attended the event 12 times.

What made you want to take on a mentee role within the NLC?
I have been legislatively involved for many years at several different levels. I’ve done everything from being a first-time activist, to facility legislative representative, to state legislative coordinator. All the while, I was gaining more experience and knowledge of NATCA’s legislative activities and goals. The next step in that progression was a position with the NLC. When the mentee opportunity presented itself, I jumped at it.

How has your mentor made an impact on you?
Executive Vice President Trish Gilbert, NLC Chairman Steve Weidner, and (now former) Southern Region NLC Rep Jason Arnold are the three most knowledgeable legislative activists I have ever worked with. I was very lucky to have Jason mentor me through the process. I quite often refer to the “Jason Arnold’s wisdom” folder on my computer if I need to research a topic.

What was the most memorable part of this year’s conference for you?
The long hours of hard work the NLC puts in behind the scenes to ensure the event is the best it can be. This committee is loaded with amazing people.

What is your advice to members to stay legislatively active at home?
Building a NATCA majority is an ongoing challenge. There is always something you can do to strengthen your relationships. Stay in contact with your offices throughout the year and take advantage of every opportunity that presents itself. You will be amazed at the benefits you can yield from answering phones or building yard signs for a campaign.

NATCA is proud to have one of the most effective grassroots networks in all of organized labor. Working in conjunction with the National Office, the NLC helps craft grassroots messages to make sure NATCA is represented on Capitol Hill.

The NLC is responsible for ensuring NATCA’s grassroots network of state legislative coordinators, facility legislative representatives, and most importantly, member activists, is functioning at its best.

In addition to being a critical part of the planning and coordination that goes into NATCA in Washington (NiW), the NLC is primarily responsible for the development of NATCA’s Basic and Advanced Legislative Activism classes. Committee members also serve as instructors for these classes, working to develop NATCA’s ever-growing army of legislative activists.