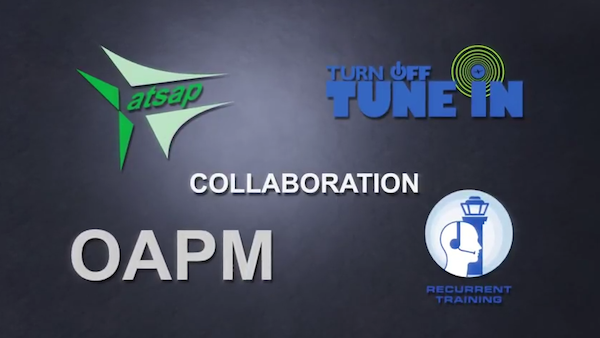 This is part 1 of 5 in a series about collaboration.

Communication, establishing trust, finding a common interest on both sides, and listening to concerns from both sides were just some of the examples of collaboration given by the distinguished leadership.

During the video, it is noted that important programs like the Air Traffic Safety Action Program (ATSAP), recurrent training, Optimization of Airspace & Procedures in the Metroplex (OAPM), and Turn Off Tune In (TOTI) may not exist if it weren’t for collaboration.

The timing of these videos are perfect, as the success of NATCA-FAA collaboration is displayed once again with the new ATC/TMC/FSS/NOTAM contract, which was signed on July 14. Collaboration is named several times throughout the contract. It incorporates all of NATCA’s collaborative principles and processes and will provide stability for the workforce for the next six years. Collaboration is not simply a memorandum of understanding. It is a practice that has been fostered by NATCA and the FAA for the last five years that is now memorialized by the contract.

“Early in 2010, NATCA and the FAA recognized that in order to achieve the best outcomes for the workforce and the National Airspace System (NAS), we needed to engage in collaboration,” said Rinaldi and Gilbert in a message to members about the new Collective Bargaining Agreement that was ratified by 98.32 percent of those who voted.

“Over the past six years we have developed processes to ensure collaboration at the national, regional, and local levels,” they continued. “This new contract will ensure that collaboration continues and grows throughout its term.”

Watch the first installment today and check back in the NATCA Insider for the second installment, “Making Collaboration Work.”