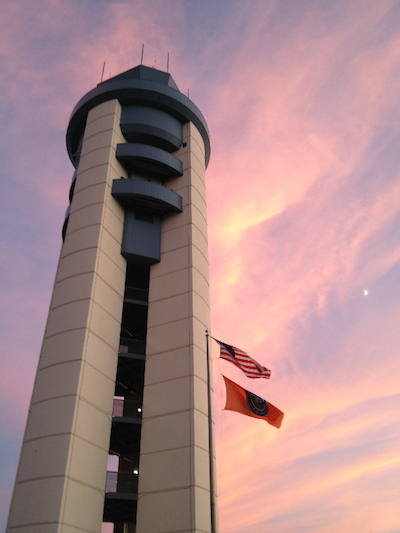 There are 15 dedicated NATCA members (out of 16 air traffic controllers) that call Richmond ATCT (RIC) home. The level 6 Tower was commissioned in 2004 and FacRep Dan Ryan is proud of the great shape the facility is in.

RIC airspace is a Class C service area — a five-mile ring around the airport in Richmond, Va. RIC used to be a level 9 up/down TRACON facility, but that function was split in 2002 according to Ryan. The radar function moved to Potomac Consolidated TRACON (PCT) in 2003. Ryan is actually the only controller at the facility left who worked radar and often jokes that he’s an “old timer” who worked radar “back in the day.”

Controllers at RIC work all type of aircraft from air carriers and prop planes to regional and corporate jets.

“We have a base of Army National Guard helicopters and a flight school based here, and mixing them with faster (and not just in terms of airspeed) traffic often presents a challenge,” says Ryan. “We also often get military practice traffic from Andrews Air Force Base (ADW) and from Navy bases around Norfolk.” 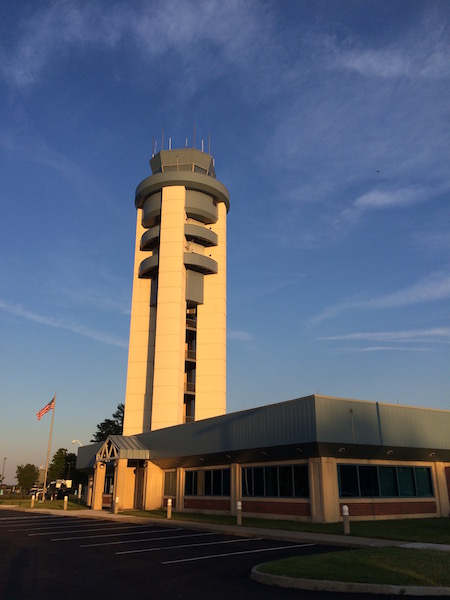 In addition to the variety of military operations, the high number of midnight shifts sets RIC apart from other facilities.

“It is not that midnights are particularly demanding or that they are unusual at RIC, it’s that we only have 13 controllers who can work midnight shifts and we are mandated to have two controllers on each shift,” explains Ryan. “That works out to an average of 56 midnight shifts per controller per year.”

With leave and holes in the schedule, a few controllers can expect to work 70 or more midnight shifts a year. Besides the drain and fatigue, a frustrating side effect is that meetings, collaborative workgroups, and recurrent training are all hard to accomplish because so many RIC resources are dedicated to staffing midnight shifts.

RIC hosts two NASCAR races a year, which also brings challenges. The influx in planes transporting the drivers and their teams all tend to want to arrive and depart at the same time. Ryan says that they bring their track mentality to the airport — everyone races to be number one, and there only can be one number one.

While RIC used to sponsor a holiday party every December, recent financial constraints prevented having one last year. As finances improve, they hope to re-establish this tradition.

“Our atmosphere has done a 180-degree turn from the incredibly low point we were at only a few years ago,” says Ryan. “Back then, we had a manager who only wanted to fight and the incessant and often petty conflict did not make RIC a great place to work.”

Ryan is proud the facility has moved beyond that and credits outside help and dedicated controllers to the turn around. RIC now has great relations with their management team.

“All of our members recognize that we have to work together to make RIC an even better place to work,” says Ryan. “Their dedication to improving RIC is the best part of being FacRep here.”