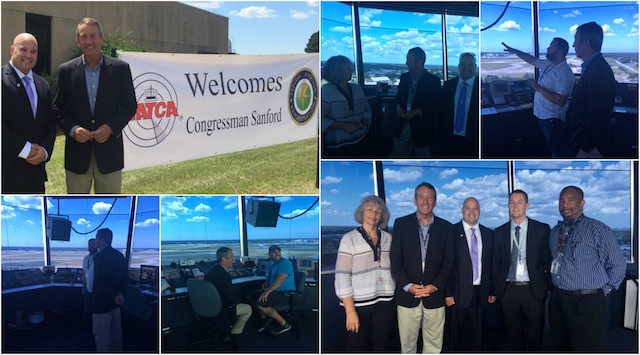 A primary goal of NATCA in Washington (NiW) is preparing members to return home and build and maintain strong relationships with their local representatives. Dedicated NATCAvists have seen huge success at home as advocates for this great Union.

Check out the NATCA Flickr page for more photos from recent legislative visits and get inspired to build a strong relationship with your local representative.

Congresswoman Susan W. Brooks, R-Ind., met with Indianapolis ATCT (IND) VP Joe Daskalakis and IND controller Jarrod Martin this week for a tour of the tower and had this to say in a Facebook post about her visit:

Ever wonder what the view from the Indianapolis International Airport Air Traffic Control Tower looks like? Before my flight to (Washington) D.C. this morning, I took a tour and learned more about what it takes to manage an airport like ours. Check out the Indianapolis, Indiana skyline in the distance!

Daskalakis and Martin discussed the details of the operation at IND and other issues important to NATCA with the Congresswoman.