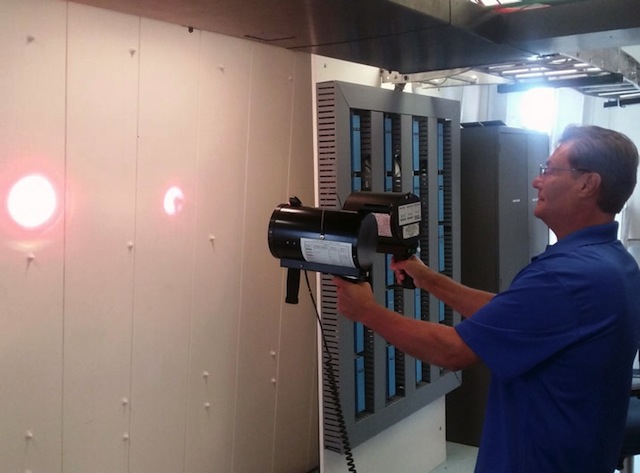 The FAA’s Voluntary Safety Reporting Programs (VSRP) for Air Traffic and Technical Operations collaborated to tackle a problem with portable signal light guns used by tower controllers to signal pilots and ground personnel when radio communications are not available.

Technical Operations became involved when controllers reported poorly performing light guns to the technicians who are responsible for their maintenance. Light guns emit green, red and white light in coordinated patterns that convey instructions, including “Clear the runway,” “Airport unsafe, do not land” and “Exercise extreme caution.” 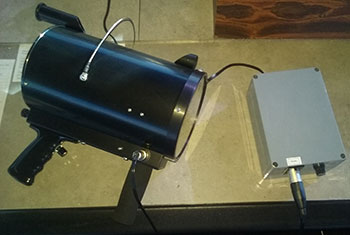 NATCA VSRP Rep Mike Blake said, “Light guns are important because they give you a backup system to communicate with the aircraft. Air traffic facilities ran their own tests and found them to be inadequate.”

Light gun instructions are critical to the safety of NAS operations when radio communications are not available.

In one ATSAP report, a controller wrote: “No aircraft are able to see them in the daylight, and at night they can barely be seen by aircraft in the pattern that are looking for the light signals.”

Bryan Hetzel, a technician at the Ypsilanti System Support Center (SSC), received complaints from local controllers that their light guns were ineffective. Hetzel and another technician tested them from opposite ends of the airfield and couldn’t see the light signal. The technicians then compared this type of light gun to another from a different manufacturer, lent to them from a neighboring facility, and discovered the “loaner” was much more visible. “That’s when we decided to file a T-SAP report,” Hetzel said.

Technical Operations looked into acquiring light guns made by a different company when they learned that the light guns supported in FAA inventory were, in fact, manufactured to FAA specifications. Those inadequate specifications turned out to be obsolete. Technical Operations discovered that the brighter light gun used a 100-watt bulb instead of a 55-watt bulb used on the other model. They also found that many of the light guns in use dated back to the 1950s.

The T-SAP Event Review Committee (ERC) issued a T-SAP Advisory detailing the reported problem along with a solution for the obsolete light guns. From T-SAP’s actions, the FAA evaluated and revised light gun specifications in September 2015. The revised requirements are in accordance with higher, military-grade specifications. The FAA worked with outside vendors who manufactured light guns, helping them meet the new requirements. FAA Logistics added the new light guns into the FAA inventory, developed a National Stock Number (NSN) and made the field aware of their availability. Technical Operations and Air Traffic, working together, developed procedures for all facilities across the country to have the option to replace their light guns.

“Hopefully there are other techs that will check these out and replace them,” said Michael Yardich, who filed a light gun-related T-SAP report from the Melbourne, Fla., SSC. “If you lose your radio communications for any reason, the only thing you have left is the light gun.” 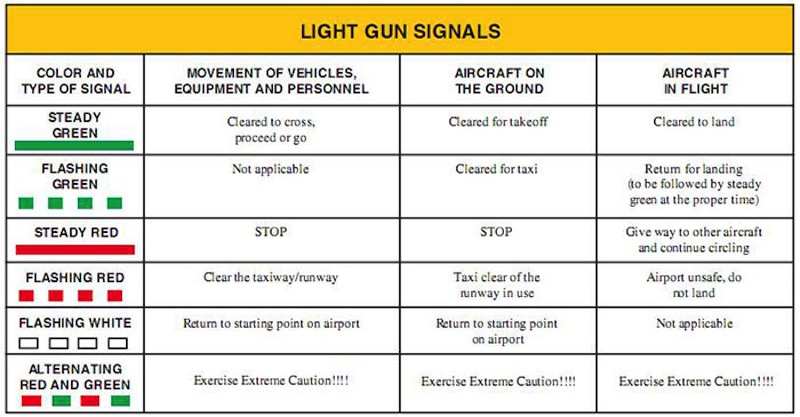 Because of ATSAP and T-SAP, controllers and technicians are now better informed regarding light guns. While Air Traffic utilizes the light guns in an operational environment, it is the responsibility of Technical Operations to procure replacements through the FAA Logistics Center. Before the reports were filed, Technical Operations was unaware of the underlying problem: air traffic controllers were utilizing inadequate light guns because the FAA was unaware the light gun specifications had not been updated for decades.

The FAA distributed a memorandum from the director of Air Traffic Services titled, “Disan Signal Light Gun Replacement,” referencing Disan, the manufacturer of the light guns, and addressing light gun concerns. This memo details how to procure replacement light guns.

T-SAP Analyst Scott Gartside had this to say: “The collaborative goal was to communicate with both Air Traffic and Technical Operations the importance of checking the light guns daily, and if they don’t meet the requirements, here’s how they can be replaced, so that when that critical event or situation occurs, the emergency contingency plans that have been developed and proven over time can be relied upon to protect the NAS and the flying public.”

As always, if eligible ATSAP or T-SAP submitters continue to encounter events or situations involving light guns, including the newly procured models, they are encouraged to file additional VSRP reports.

This story has also been published by the FAA Office of Communications.