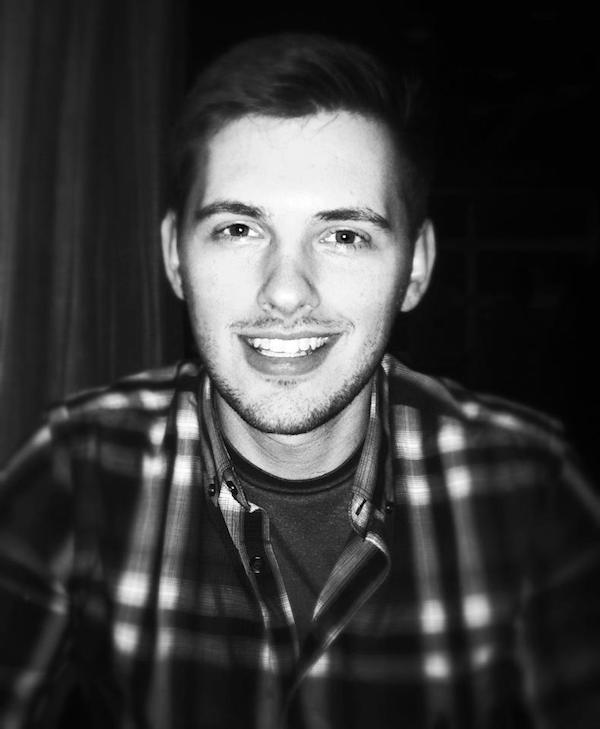 NATCA/FAA career: I joined the FAA in April 2014. After waiting two years between receiving a temporary offer letter, I received a firm offer for a permanent position in the FAA as an air traffic controller. I was originally slated to go to Washington Center, before the FAA changed their hiring from CTI grads and OTS (off the street) bids to OTS only. All the classes at the academy needed to be filled before the end of fiscal year 2014, so I was offered a choice between Baltimore ATCT (BWI) and Andrews Air Force Base. I picked Baltimore and haven’t looked back.

Born and raised, other places of living: I was born and raised in New Hampshire and was part of small town living my entire life. I’m from a low-income family who worked hard to make ends meet and provide for four children. I graduated in a small class of 30 kids and wasn’t sure if I’d ever leave my small time life.

Education: I received a CTI education at the now defunct Daniel Webster College (in Nashua, N.H.). The school had fantastic staff that was passionate about their job, service oriented, and committed to producing a good ATC product out of their students.

Family: My dog, Ekko, and cat.

Q: How did you become a NATCA member?
A: I signed up the second I could. As a new controller I was offered in, and I signed the paperwork my first day at the facility.

Q: Do you have any family members who were involved in unions?
A: Ironically enough, I had two uncles who were PATCO members and they were both fired in the ‘81 strike. It’d have been easy for them to write off the profession all together, but both of those men enjoyed the job and had so much passion for the work they did that they were able to sell me on becoming an air traffic controller. I didn’t have it on my radar at all when applying for schools until the last minute while on my senior class trip out of state. I called my mom and asked her to apply for me.

Q: What made you decide to take on leadership roles within NATCA?
A: I never actually decided to take on a leadership role in NATCA, at least in the capacity in which I currently work. At BWI we have had great leaders. Former FacRep John Dunkerly and Vice President Todd Anderson worked their tails off for a very long time to maintain a healthy relationship and excellent working conditions at the facility. When both of them became eligible to retire, a few controllers at the facility, myself included, thought that it was going to be a shame when they left because all of their knowledge and experience were going to walk out the door with them. A fellow controller suggested I run for Vice President and nominated me. I thought it over and I wasn’t sure if it was a commitment I wanted to do or was willing to make. I pored over it for quite a while but finally decided to take it on and ran.

Once all the votes were tallied, I was elected the new VP and it was the start of a new era of education, understanding, and growth under John, who was a staunch union man and excellent FacRep at BWI. He took me under his wing and guiding me along the way by keeping me included in all of his decisions and discussions, as well as ensuring I understood all reasoning behind any activity that affected our facility and working conditions. He was basically my training wheels and I was going to stay on that bike for as long as possible so that someone would be prepared to step in when his time was up. That time came sooner than anyone expected when a (staff specialist) position in QA/QC (Quality Assurance/Quality Control) became available at BWI and he applied, was offered, and accepted the position. While he was still in the bargaining unit, he stood ethically opposed to continuing to be FacRep while in a position that would keep him off the floor and away from the operation. He stepped aside and I became the local FacRep at just 2nd from the bottom of the seniority list.

Q: What’s the most rewarding part of being facility president? What’s the most challenging?
A: Being a facility president is a double-edged sword, especially at a smaller facility. Everything that happens at the facility tends to go under a microscope. You have a lot of the same people working together, day in and day out, and the operation and break areas tend to turn into debate halls and venting rooms. It’s very easy to get caught up in some small drama or for people to air out their dirty laundry.

The most rewarding part is when you work hard at something and those around you recognize your hard work. When you feel appreciated it’s a small reward for anything you’ve put in. Maintaining a good working relationship between management and the Union at the local level goes a long way.

The most challenging part is overcoming your own personal hang-ups about certain things. There could be a facility-wide change occurring, a new schedule, leave agreements, etc., and I could put together an agreement with management that benefited 25 people at the facility, but adversely affected one guy. Rather than be happy with doing something positive for 25 of my brothers and sisters, I still strive to do more for that one person who may have been left out. I understand you can’t please everyone but I have a hard time accepting that every once in a while, even if you’re representing everyone to the best of your ability, you could possibly let someone down.

Q: What would you like to get involved in that you haven’t already?
A: Anything and everything. I’ve been to Communicating For Safety (CFS), NATCA In Washington (NIW), and Convention and have enjoyed them all tremendously. I’d like to get more involved with some of the behind the scenes activities surrounding those events. When I went to CFS, I got there a day early and volunteered to help stuff grab bags and really enjoyed the time I spent with everyone who had already sunken weeks or months into setting up the show. While sometimes it’s more fun to be a spectator, I’d really like to chip in anywhere I can.

Q: Do you have any hobbies or any other activities you enjoy outside of NATCA?
A: I wish I had a real answer to this question. Since taking over as FacRep I haven’t really done much outside of the facility. When I find time, I do like to play the occasional game of golf, tinker on computers, and work on little side projects where I can be somewhat creative.

Q: Has there been a favorite moment for you while at NATCA?
A: Getting a kiss upon meeting former Eastern Regional Vice President Phil Barbarello for the first time. He has always exemplified that NATCA is a family and that we are all here for each other.

Q: Do you have any advice/tips/messages for members who would like to get involved?
A: The best advice I have for anyone who would like to get involved is to sign up for everything you can early and often. Until you leave your facility for the first time and really get to see NATCA up close, you won’t have an understanding of what the organization is about, the unity of brotherhood and sisterhood we have, and just how great the people are. Leave your comfort zone if you have to, even if it’s just to get out to CFS, NIW, or the next Convention. You won’t regret it and you might learn something about yourself along the way.

My favorite quote is: “Dark times lie ahead of us and there will be a time when we must choose between what is easy and what is right.” – Albus Dumbledore

My specialty meal to cook is: Poached eggs. I can poach an egg like nobody’s business. The whites are firm, the yolks are runny and they are the perfect shape every time. Put em’ on toast, put em’ in a cup.

My local hotspot is: The Burger King across the street from me has some pretty bangin’ chicken fries.

If you could pick four people to have dinner with, dead or alive, who would you choose? Robin Williams, George Carlin, Carl Sagan, and Richard Dawkins.

My biggest pet peeve is: When people are rude to servers and bartenders. It really gets on my nerves when people view others as below them and then treat them that way. It really shows you what kind of person someone is.

My favorite food is: Fruit salad. I could eat it every day for the rest of my life (which likely wouldn’t be very long once the diabetes set in).

The best place I’ve ever traveled to was: Israel. Old Jerusalem was like walking through a time portal and the city had an amazing mixture of cultures and religions…and nobody was fighting about it.

My favorite type of aircraft is: One that lands safely.

The one chore I absolutely hate doing is: All of them, but sometimes you just have to be an adult.

Candy or Chocolate? Chocolate. It plays well with just about everything. Chocolate and oranges? Yes. Hershey Bar and Coke? Heck yes. Chocolate is a super food.

Dogs or cats? Both. I’ve got both at home now. My Corgi, Ekko, is a 30-pound meat missile. He’s the handsomest, furriest bacon-wrapped sausage of a dog I’ve ever seen. And my cat is a bundle of love. 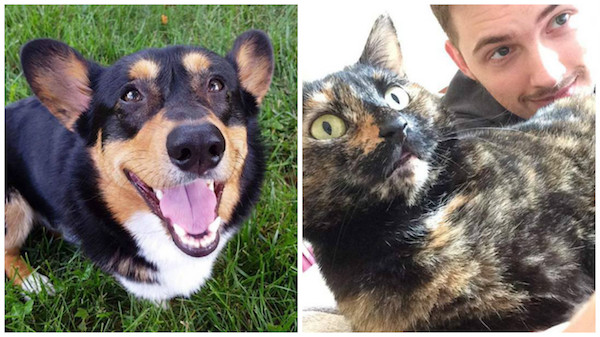