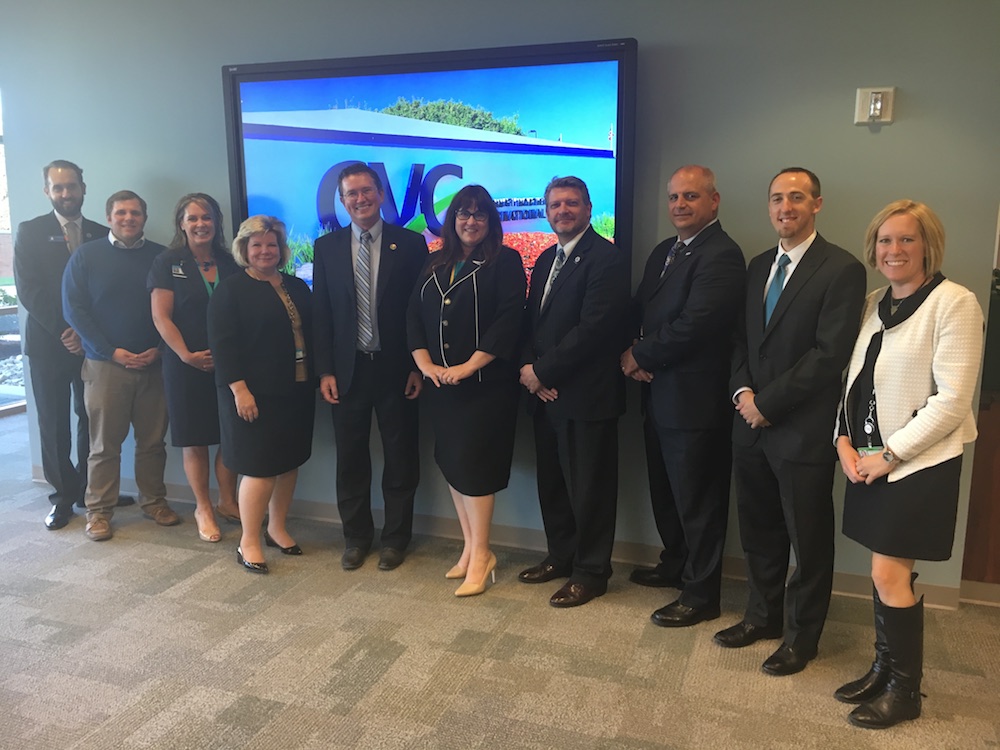 This was the Congressman’s second visit to CVG in three years and his family’s first visit. He directly requested to visit the air traffic facility during Buonadonna’s office visit at NATCA in Washington earlier this year.

Buonadonna explains that Rep. Massie was curious about ADS-B, GPS-tracked aircraft versus radar tracked aircraft, and NextGen in general. Rep. Massie, as an MIT grad and accomplished engineer, has always been interested in new technologies, how new technology helps the NAS, and what new technology exists but hasn’t been implemented yet. He and the Congressman were able to discuss recent TAMR upgrades at CVG and the need for new lights in the TRACON.

The event took place at Clark County Airport in southern Indiana just north of Louisville. Before things got started, Daskalakis and Orr were able to meet and speak with Ryan and talked very highly of NATCA. 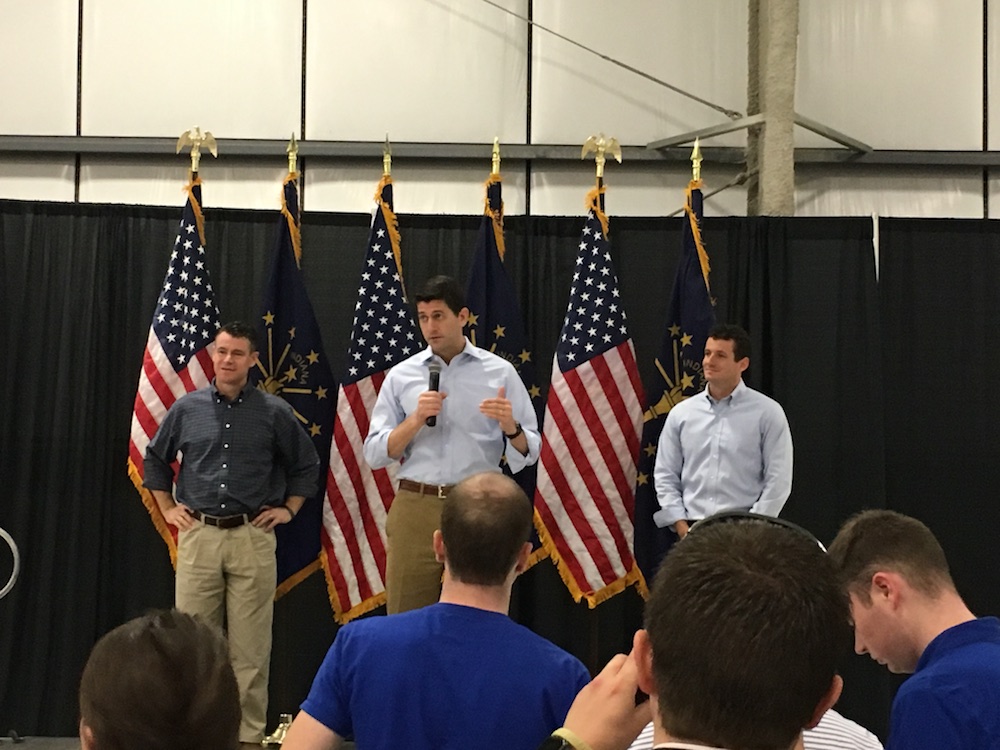 “Before we even spoke he looked right down at our NATCA patches on our clothes and immediately knew who we were,” said Orr. “He said he is very familiar with our union, has worked with us in the past, and likes working with us.”

The trio talked about issues facing the National Airspace System and how bureaucratic challenges can be a burden on the workforce. Furthermore, they discussed how gridlock has caused Washington not to work for air traffic and other functions of government.

To keep up with all local legislative efforts, check out NATCA’s Flickr album.