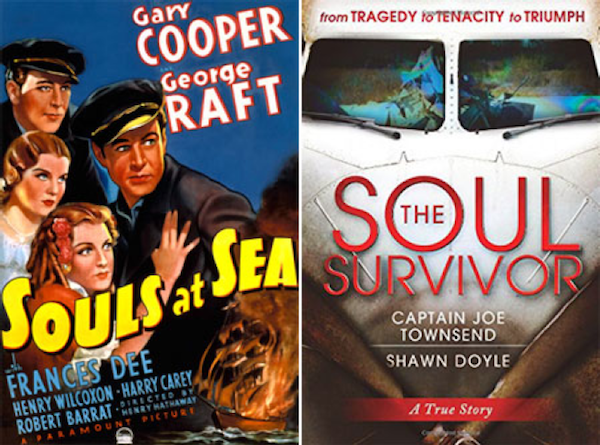 This article was originally published by the FAA.

Listen to the audio of air traffic control emergencies and you will hear it. Read news accounts or investigation reports of aviation accidents and you will see it. Watch documentary or fictional dramatizations of precarious flights and you will sense the gravity of it.

“Souls on board” — it is one of the most sobering phrases in aviation. Everyone from the veteran pilot and controller to the newbie passenger and casual observer understands the significance of the term intuitively. Yet its origin in aviation history is a mystery. There are plenty of theories and a few clues but no clear answers to the questions of when and why it entered the lingo.

“That term ‘souls on board’ doesn’t ring a bell insofar as the [Air Traffic Control Manual] is concerned,” said Rod Peterson, a retired controller who researched the history of the handbook that controllers use. “However, it was something I learned ‘by legend’ in my air traffic control development.”

The concept of counting souls on board a vessel dates back at least to the first century, with two nautical references in the Bible books of Acts and 1 Peter. But contrary to what English speakers might think today when they hear the word “soul,” the Greek word for it in those two passages didn’t have a spiritual meaning.

“Probably our use of ‘individuals’ would more closely capture the connotation,” said Jeff Smelser, an expert in New Testament Greek.

The word “soul” as a synonym for “individual” or “person” eventually became part of the English language. It is one of three definitions in the Oxford English Dictionary, which includes examples of “souls on board” to count the people on both ships and aircraft. In U.S. history, a search of the “Chronicling America” newspaper collection turned up a reference to “souls on board” as early as Oct. 4, 1805, in The National Intelligencer and Washington Advertiser.

This poetic sense of “soul” has surfaced periodically in movies and books as well. Actor Gary Cooper starred in the 1937 adventure film “Souls at Sea” about a slave ship in the 1840s. And when former US Airways pilot Joe Townsend wrote about his family’s deadly 1996 plane crash, he titled the book “The Soul Survivor” based on the tradition of counting souls on board.

The earliest reference to “souls” in an aviation context may be in “The Air Force Song”, which Robert MacArthur Crawford composed in 1938 as part of a Liberty magazine contest. The second verse includes this lyric: “Souls of men, dreaming of skies to conquer, gave us wings, ever to soar! With scouts before and bombers galore, nothing can stop the U.S. Air Force!”

The phrase “souls on board” occasionally appears in aviation documents today. Examples include: the FAA’s list of aeronautical contractions; an FAA advisory circular on aircraft rescue and firefighting communications; a general aviation reservation form at McCarran International Airport; and Burlington International Airport’s “Media Guide to Aircraft Emergencies.” The media guide also includes the shorthand “SOB” that controllers and pilots have used in reporting people counts.

But such formal references are the exception to the rule. The current controllers’ handbook has used the phrase “number of people aboard” since at least 1980, according to a search by a NATCA specialist on professional standards. Emergency instructions from the 1940s and 1950s further reveal that phraseology as the norm. The “Procedures for the Control of Air Traffic,” which served as a guide for both military and civilian controllers back then, called for reporting the “number of persons aboard” to rescue coordination centers.

Some people at the FAA Academy recall an FAA form titled “Inflight Emergency Checklist and Record” using the term “souls on board” until the early 1990s, but it now says “Number POB,” short for “persons on board.” It was revised both because of concerns about the shorthand “SOB” and about the word “souls” being interpreted as passengers who died.

Wayne Coley, who became a controller in 1984 and currently teaches at the FAA Academy, remembers being trained to say “souls on board” but added, “It’s no longer taught and hasn’t been taught for quite a while.”

“Souls on board” also is not on official flight plan forms. The FAA’s standard domestic form has used the phrase “number aboard” since at least 1982, and the agency is currently aligning that form with the global standard. The International Civil Aviation Organization’s form counts passengers and crew as “persons on board.”

“I believe ‘souls on board’ was another one of those terms passed down to generations of controllers without it being an official term prescribed for use during an emergency,” the NATCA professional standards specialist said.

Jim Holtsclaw, a former facility manager at Los Angeles Tower and the current executive director of the Society of Airway Pioneers, recently put the question to a group of controllers with experience dating back to the 1950s. None of them could recall any credible evidence pointing to the origin of “souls on board.”

“I have worked in control towers for several years and have been taught to ask for ‘souls on board’ but have no idea where I received that training instruction,” Holtsclaw said.

An explanation of why controllers and pilots adopted the terminology is equally difficult to pinpoint, but the theories abound. The most common ideas are that a tally of souls:

The phrase also may have been a carryover from controller interactions with military pilots. Peterson, who started his FAA career at Jacksonville Center, recalls that military pilots were taught to relay the number of souls on board, among other information, whenever they changed flight destinations. Controllers then forwarded the details to the affected bases.

Peterson doesn’t remember a similar process for commercial air carriers or general aviation flights, nor does he recall the military procedure being in the controllers’ handbook. “I just know that I knew that was what we did.”

Another possibility is that “souls on board” became legendary lingo because of the solemn responsibility bestowed upon air traffic controllers. The FAA described that duty in a 1963 film called “A Traveler Meets Air Traffic Control.” The 30-minute presentation features actors in the roles of an FAA official and a regular business traveler talking while aboard a flight. At one point, their conversation turns to how controllers think about air travelers.

“Every one of those planes is loaded with people,” the FAA official says. “That’s the thought an air traffic controller never lets out of his mind. These people are more than statistics to us. I don’t mean to get dramatic, but every passenger on a plane is a human life that is entrusted in a great measure to the skill and judgment of the pilot and to the air traffic controller.”

The phrase “souls on board” certainly conveys the magnitude of working to keep people safe.