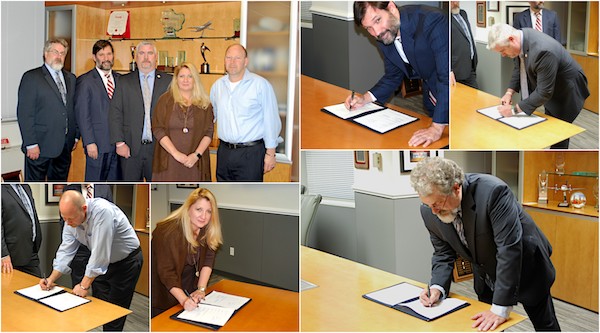 “We are so pleased that the proud professionals we represent at Midwest ratified this collective bargaining agreement,” Rinaldi and Gilbert said. “They deserve the improvements gained in this agreement. Thank you to our dedicated negotiating team for their expertise and hard work throughout the process.”

The new CBA, which took effect on Oct. 14, 2016, is a four-year agreement between NATCA and Midwest Air Traffic Control Service, Inc. A tentative agreement was reached in September and members had until Oct. 14 to cast their ratification ballot. The new CBA was ratified by 87.5 percent of those who voted.

“This is a great contract with several significant improvements, including the first ever guaranteed wage increases and an extra week of paid vacation after 20 years of service,” explained Gant. “This contract puts NATCA members at Midwest in a good position going forward.”

The new CBA contains several improvements over the previous agreement, including mandatory pay increases and greater leave provisions. It is the result of tremendous effort from the negotiating team over the course of 18 months. Official contract books are being printed and mailed to the membership in the coming weeks.

“After over 18 months of negotiations it is great to have an amazing collective bargaining agreement for our members in the Midwest Federal Contract Tower bargaining unit,” said Bratcher. “It was a privilege and an honor to work with the amazing activist that were on the negotiating team. The results of this great agreement can be directly attributed to the passion, dedication, and professionalism of each member of the contract team. This Agreement sets a path forward to a better and more collaborative relationship between NATCA and Midwest, improve the lives of our members, and enhance the profession of Air Traffic Control.”