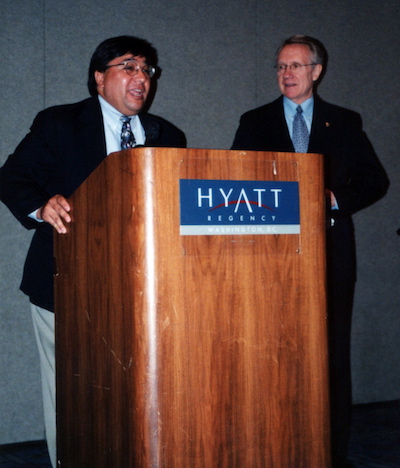 NATCA sadly reports that Ken Montoya, a veteran Capitol Hill staffer and former NATCA staffer, passed away on Nov. 30. He was 61. Ken worked for four NATCA administrations and was instrumental in raising NATCA’s legislative and political activity to a high level. He was a vibrant personality and a fierce supporter of workers and unions.

Montoya joined NATCA’s National Office staff as legislative affairs director in January 1996 and served in that position until August 2007.

“All of us at NATCA who knew Ken and worked with him are deeply saddened,” NATCA President Paul Rinaldi said. “Ken had such a deep passion for legislative affairs and Capitol Hill and was an extremely dedicated supporter of unions and their members. He was an integral part of NATCA’s legislative efforts for a decade during an important time in our Union’s growth. We fondly remember him for not only the great work he did but also for his upbeat personality. He was someone you always enjoyed being around. We extend our deepest sympathies to Ken’s family and his many friends.”

Montoya, an aide to former Sen. Paul Simon, D-Ill., before joining NATCA, worked for the past several years for Congresswoman Ann Kirkpatrick, D-Ariz., including most recently as Legislative Director.

In a statement, Kirkpatrick said: “We are absolutely heartbroken. Ken was one of a kind — a wonderful person, an amazing friend, a loyal staffer. He truly loved the legislative process. And we loved having him as part of our work family every single day. It’s hard to imagine Capitol Hill without Ken Montoya — he left an accomplished legacy here and touched a lot of lives. We will miss him terribly. Our thoughts are with his family and loved ones during this difficult time.”

Executive Vice President Trish Gilbert said everyone in NATCA who knew Montoya is experiencing “a very sad loss of both a friend and a brother.”

“Ken was key in motivating and educating generations of legislative activists within NATCA,” said Gilbert, who worked with Montoya during most of her time as chairwoman of the National Legislative Committee (NLC). “He took us to a new level of political activity and helped us raise our level of activism within the Union. He was such a happy person who was liked by everyone. We, and so many that knew him, will miss him greatly.”

Former President John Carr (2000-2006) said Montoya was both “a dear friend and a fantastic legislative director.”

“Ken knew everyone on Capitol Hill and both sides of the aisle could not help but appreciate his friendly, effervescent personality,” Carr said. “Ken was a great leader, coming alongside a whole new generation of air traffic controllers and turning them into a bold and influential political machine.”

“Ken’s leadership of NATCA’s legislative issues help propel NATCA as one of the strongest federal labor unions in the United States,” Forrey said. “Our activism and respect on the Hill was greatly due to Ken’s non-stop efforts to develop relationships with legislators, Administration officials, and industry groups, seeking out common positions and dealing with issues that affected a wide range of employee rights, benefits, and working conditions. More impressively, these accomplishments came from an environment that was not very friendly to Labor.”

On a personal level, Forrey said, “I’ll always remember Ken’s ability to put everyone at ease with his extremely pleasant demeanor, humor, and outright friendliness to everyone he met and dealt with. I consider Ken to be a very good friend who I will always remember and reflect upon the remainder of my life. I wish my condolences to Ken’s family and friends during this very disheartening time. My prayers and thoughts are with them.” 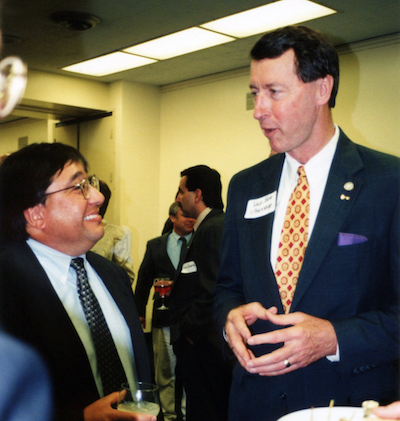 Former Executive Vice President Ruth Stilwell (2000-2006), who served as chairwoman of the NLC in the mid-90s when Montoya joined NATCA, said he helped transform NATCA into a political powerhouse.

“He opened doors for a profession still recovering from the reputation of the PATCO strike that allowed us to turn a page and build our own reputation as NATCA,” Stilwell said. “His passion for the profession and the genuine care and compassion for our members made him one of us. He was NATCA. He was a mentor to an entire generation of legislative activists.”

Montoya found himself in the middle of two very important issues for NATCA during the first part of his tenure and the resulting work and accomplishments remain key success marks in the Union’s three-decade-long timeline.

In November 1995, Congress passed an annual appropriations act for the FAA that required the Agency to implement a new personnel system. The result of that would be that the Agency could legally negotiate pay for the first time, among many other changes. However, part of the statutes that vanished in the proposed legislation included Chapter 71 of Title 5, a crucial section granting federal workers the right to union representation and collective bargaining.

Facing an April 1, 1996, deadline, Montoya helped lead NATCA’s efforts to lobby Congress and the White House — two parts of a multi-pronged strategy — to reinstate Chapter 71 rights and insert key language to obligate the Agency to bargain with the unions representing its workers. In the end, Congress passed a continuing resolution that included the restoration of Chapter 71 rights just hours before the deadline in which NATCA would have lost its very essence.

In 1998, the Union’s landmark Green Book collective bargaining agreement with the FAA marked the first time a controllers union negotiated pay with its employer. The new system — called pay reclassification, or reclass — was, and in its updated format remains, huge for NATCA members as it tied wages to operational complexity as well as traffic counts. Montoya played a key role in the reclass process by lobbying Congress and the White House.

“Ken Montoya was with NATCA during good times and bad, helping shepherd pay reclassification through the FAA and Congress, and also stiffening with resolve when faced with Congressional threats and draconian FAA policies,” Carr said. “Ken kept abreast of every paragraph of every bill facing our profession, and his counsel to me during my term as President was invaluable.”

Stilwell said Montoya’s experience as a congressional staffer helped NATCA’s members understand how the processes worked, “that you have to go beyond handshakes and fundraisers to build real and lasting relationships on Capitol Hill.”

“We were still a young union when he joined us and he helped make us the mature organization we are today,” she said. “But his contributions go so far beyond the professional. He was a friend, a brother, part of our family. Working with Ken wasn’t just effective and important work, it was joyful, I am lucky to have known him and I am so glad that for part of my life, Ken Montoya was in it.”

Director of Government Affairs Jose Ceballos, who succeeded Montoya in that position and became a close friend, remembers him for his unforgettable personality and legislative skills.

“Simply stated, Kenny was a lovable person who had an absolute passion for politics, Democrats, and the Hill,” Ceballos said. “Kenny was a vibrant and passionate advocate for NATCA throughout his tenure and continued to support his NATCA family throughout his congressional career.”

NLC Chairman Steve Weidner remembers Montoya as one of the first people he met when he became involved legislatively.

“I was fortunate to work closely with him during my time on the NLC,” Weidner said. “He always had time for our members and understood the value of our grassroots army. He was a brother and a friend and will be greatly missed.”

Added Carr: “I am proud to call him a brother and a friend, and he will be greatly missed by all who knew and loved him.” 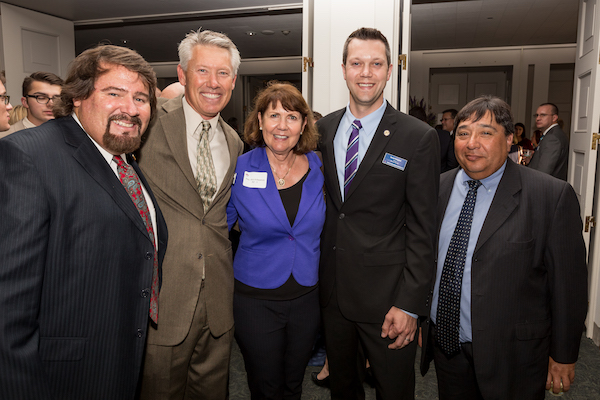