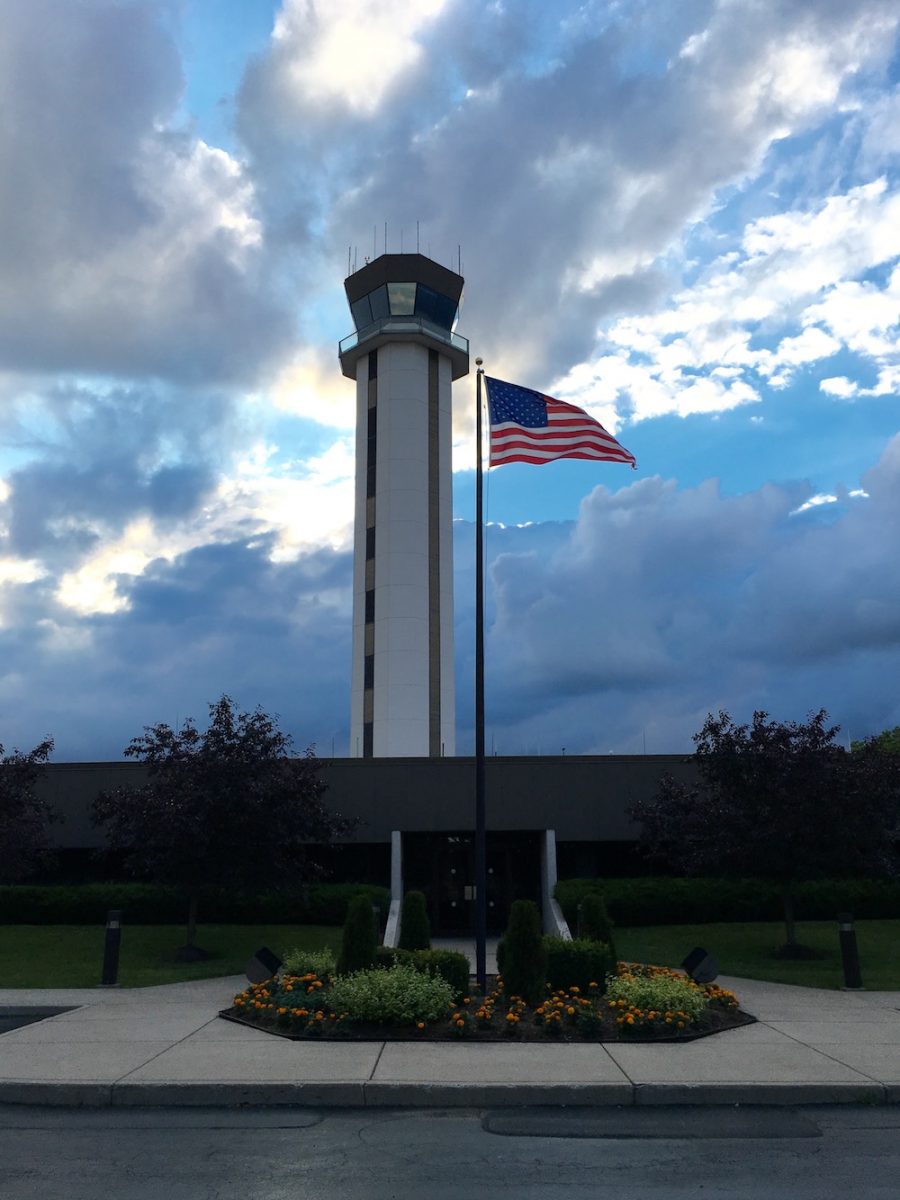 Buffalo ATCT (BUF) currently has 36 NATCA members: 35 controllers and one staff support specialist. FacRep Alex Kim proudly shares that new hires at the facility generally join NATCA within the first week of arriving at the facility, and in many cases on their first day. They are 100 percent NATCA and proud of it.

The Buffalo Niagara International Airport has been a controlled airport since it officially opened on March 28, 1927. In its early years, the airport was known as the “Buffalo Municipal Airport.” The first tower was located on top of the terminal building. The current tower began construction in 1990 and was commissioned in 1994. It is now located opposite the terminal on the other side of one of the airport’s crossing runways. BUF is a level 7 up-down facility.

Controllers at BUF are responsible for about 2,500 square miles of airspace up to 10,000 feet. This includes the restricted area surrounding Niagara Falls and also the Niagara Falls International Airport, which is located closer to the falls.

BUF works closely with Rochester approach (ROC), Erie approach (ERI), Cleveland Center (ZOB), and Toronto Center (CZYZ). Kim explains that BUF will also be starting the process of assuming ERI’s airspace in the upcoming year and that everyone looks forward to working with new facilities in the near future.

“One of our many responsibilities includes working aircraft that want to tour the Falls above the restricted area,” explains Kim. “We have all types of aircraft, from small VFR aircraft to fighter jets that travel to the area just for this purpose, and oftentimes air carriers that are landing or departing our airport will request a tour.”

In addition, BUF works with the 914th Airlift Wing out of Niagara Falls airport, which currently operates C130s but will be switching to KC-135s later this year. Due to BUF’s location near the U.S./Canada international border, many private and charter aircraft stop at the airport to clear customs before continuing on to their destination. With the exception of winter, controllers are very busy during the year with parachute operations at four of the smaller airports in their airspace.

Winter weather has a significant impact on operations at BUF and sets it apart from other facilities. On average, Buffalo receives 45 days of snowfall during the months of December, January, and February. During these months, snow removal operations occur on a near-daily basis.

“Controllers at BUF must be extra vigilant as there are many days when visibility falls to under a mile, and they work without the advantages of Airport Surface Detection Equipment, Model X (ASDE-X),” says Kim “Despite that, we have been lucky as this year has been particularly warmer compared to the last few years.”

New Era Field, previously known as Ralph Wilson Stadium and home to the Buffalo Bills, is located approximately 10 miles south of the airport. This directly affects operations during games, as controllers have to ensure arriving and departing aircraft stay sufficiently high above the stadium. Airshows also come to the area. For example, Thunder of Niagara was on July 2015 and hosted the Thunderbirds. The week leading to and after EAA AirVenture Oshkosh is also a very busy time for the facility every year, with aircraft from the northeastern U.S. transitioning through their airspace to get to and from the event.

BUF hosts several union meetings throughout the year, and participation at those meetings is generally high, which is to be expected from the 100 percent NATCA membership. Kim says the controllers also have a holiday party at the end of every year that everyone gets very excited about.

“The NATCA atmosphere at BUF is fantastic,” shares Kim. “Besides our local E-Board, we have several committees that a lot of our members participate in.”

Whenever there are new opportunities to get involved, BUF’s issue is that there are too many volunteers, which Kim thinks is a very good problem to have.

Kim never imagined himself being in Buffalo prior to being hired as an air traffic controller, but four years have already flown by for him, in large part because of the people comprising the membership at the facility.

“Since my first day here, the members at this facility have been incredibly supportive, both professionally and personally,” he says. “I have made friendships that I have no doubt will last a lifetime.”

Kim says the best part about being the NATCA FacRep at Buffalo is having the opportunity to give back to the members that have given him so much.

“It is an honor and a privilege to represent them,” he remarks.