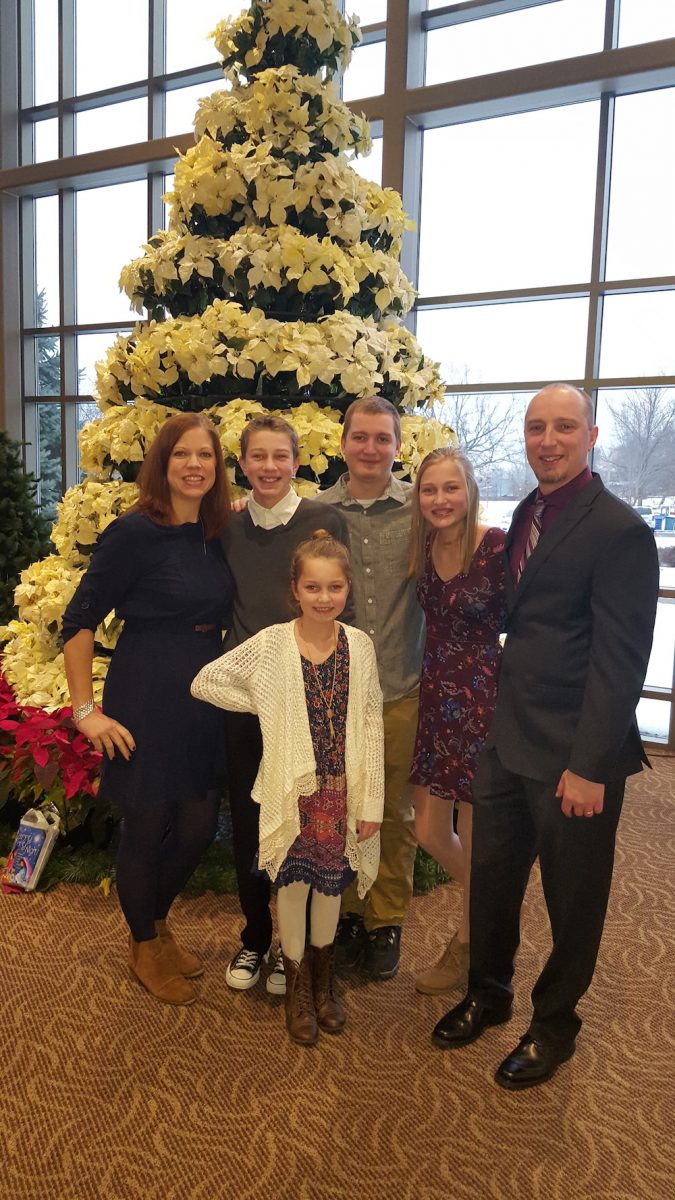 NATCA/FAA career: I was hired into New York Center (ZNY) from the Mid-America Resource Consortium (MARC) program in January 1997. I resigned from the FAA in November 2002 to move to Minnesota to be closer to my son but was rehired into (and still work at) Minneapolis Center (ZMP) in March 2005.

Born and raised, other places of living: I was born and raised in the northern suburbs of Minneapolis where I attended the MARC program. I then lived in multiple cities in New York on Long Island while working at ZNY.

Education: I have a two-year associates degree of Applied Science in Air Traffic Control.

Q: How did you become a NATCA member?
A: When I first started at ZNY, becoming a NATCA member was expected. There were five of us who all came from the same program on the same day and it had been a while since ZNY had new hires so we all joined and stuck together.

Q: Do you have any family members who were involved in unions?
A: My father spent his entire career in the International Union of Operating Engineers Local 49ers.

Q: How did you get involved and what are you involved in with NATCA?
A: During the time I was at ZNY, I concentrated on training, checking out and staying involved with NATCA through attending local meetings. Looking back on this time, I realized that continued involvement is an important aspect of our Union. Every member counts and should understand that their voice matters. I am currently the FacRep at ZMP, a member of the Great Lakes Region Labor Relations team, an instructor for The NATCA Academy Basic Representative and Arbitration Advocate classes, and a member of the Right From the Start team.

Q: What made you decide to take on leadership roles within NATCA?
A: After spending some time learning about the multiple facets of NATCA, I felt that my strengths lead me to the areas I am involved in currently. The biggest lesson I’ve learned so far is that the only way to get involved is to put yourself out there and have faith that your brothers and sisters will be there to help you along.

Q: What’s the most rewarding part of being facility president? What’s the most challenging?
A: Currently, the most rewarding part of my role as FacRep is helping each individual member with his or her specific need. If I can be a resource for them I’ve had a good day. The most challenging thing for me is being patient and waiting on change. As an air traffic controller, you get used to seeing responses to control instructions fairly quickly. The same does not apply to most Union advocate activities.

Q: Out of all your involvement within NATCA, what speaks to you the most?
A: I am enjoying the work that I recently became involved in through Right From the Start. The potential for better relationships, more rewarding work environments and a useful recognition process for controllers is very intriguing to me. I think NATCA continually embracing its leadership role and demonstrating professionalism is paying great dividends to the membership.

Q: Do you have any hobbies or any other activities you enjoy outside of NATCA?
A: I enjoy spending time at the lake with my family in the summer, watching my girls play lacrosse and having my boys beat me playing video games.

Q: Has there been a favorite moment for you while at NATCA?
A: The 2014 Minneapolis Convention. While the weather did not cooperate for Convention week, it was nice to hear good things said about the city.

Q: Do you have any advice/tips/messages for members who would like to get involved?
A: Take a leap of faith. Your brothers and sisters will not let you fall. No one is expected to be an expert at anything NATCA right out of the gate. There will be someone there alongside you to help you along the way.

My favorite type of aircraft is: We recently had a briefing about the F35. The technological advances that airplane has are pretty amazing.

NFL or NCAA Football? NFL, even though I am a Vikings fan I still watch.