Prior to the bill’s passage, the families of accident victims had periodically sued air traffic controllers instead of the federal government. This cost controllers and their loved ones thousands of dollars in legal fees which made it difficult for them to buy and sell property or obtain loans until the government stepped in to defend the case.

At that time, in order for a government official to be protected by absolute immunity for common law torts, not only did the official have to be acting within the outer perimeter of his/her official duties, but the conduct at issue also had to be discretionary in nature. 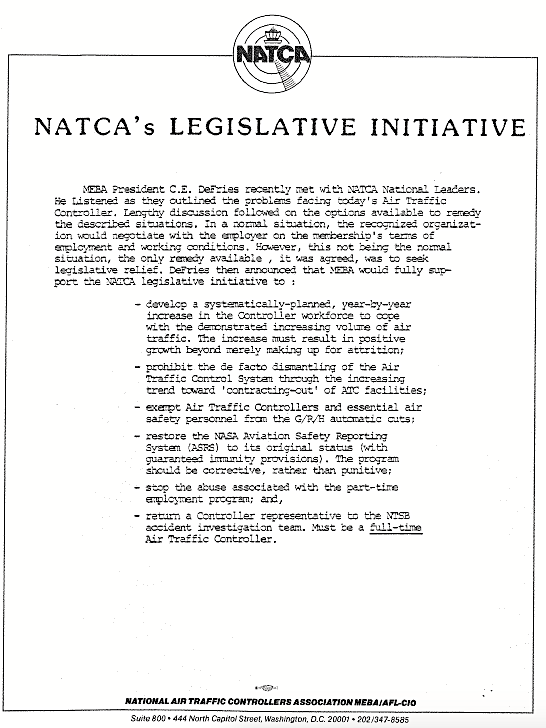 Many controllers signed petitions for NATCA to support the reform bill after five of their colleagues at New York TRACON were sued. They were named in a lawsuit stemming from the midair collision over Cliffside Park, N.J., in 1985. 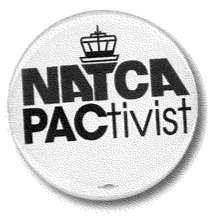 Although the Union had formed many of its organizational structures, including standing committees to deal with the constitution, finance, and safety, it did not yet have a Political Action Committee (PAC). John Thornton, NATCA’s founding father and its first senior director of government affairs, gained support from the Marine Engineers’ Beneficial Association (MEBA), which contributed its PAC dollars to allow NATCA to establish initial relationships with members of Congress. NATCA also joined a coalition of federal sector unions formed by the Public Employees Department of the AFL-CIO to campaign for the bill.

Their lobbying efforts were a huge success and President Reagan signed the bill into law on Nov. 18, 1988.

A year later, NATCA began its political activism. On Sept. 28, 1989, NATCA established its PAC, with Thornton as its director, collecting $21,163 in contributions during its first election cycle. The contributions could allow NATCA to support candidates that supported the same issues it believed in, including the safety of the National Airspace System.