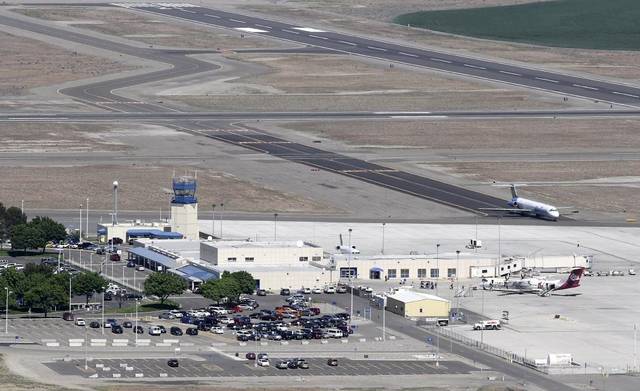 There are currently 24 NATCA members at Pasco Tri-Cities Tower/TRACON (PSC). They have been a proud 100 percent membership facility since summer of 2016. The facility itself is a level 6 tower/TRACON that was commissioned in 1973.

PSC is the primary approach control for the on-site tower, Walla Walla Regional (ALW), Eastern Oregon Regional (PDT), Yakima Air Terminal (YKM) and many other non-tower controlled airports. The airspace delegated to the TRACON is one of the largest approach control airspaces in the nation, approximately 8,361 square miles in two states from surface level to 10,000 feet.

“Pasco has a variety of aircraft on a day to day basis,” explains FacRep Jordon Castro. “From military C-17s on IR routes to P3s doing practice approaches. CRJ, DH8 and A319 make up our commercial aircraft and we have two fixed based operators located on our primary airport with a mixture of different types of general aviation aircraft.”

Castro says that when he walked into the facility for the first assignment in September of 2015, there were 11 Certified Professional Controllers (CPC) and two had employee requested relocation (ERR) dates which saw them leaving by the end of the year.

“We temporarily lost an additional two more controllers in January 2016 due to medical circumstances and one more left the agency by the summer of 2016,” continues Castro. “With 12 developmentals and CPC-IT’s, the facility was able to come together and turn our critically staffed facility into one of the healthiest in the National Airspace System. We broke a facility record of 22 CPCs by the end of 2016.”

Every July, the Tri-Cities Water Follies take place on the Columbia River where an air show is usually held during the event. The local area is just as exciting. Tri-Cities boasts more than 100 wineries within a 60-mile radius, producing some of the finest wines in the country.

“The local atmosphere is very family oriented,” Castro says. “We all take care of each other and rely on one and other to get the job done.”

Castro continued, saying that the best part of being the FacRep is the amount of professionalism each member in my facility brings to the table.

“Everyone in the unit takes so much pride in what we do. That, in my opinion, separates us from the rest.”