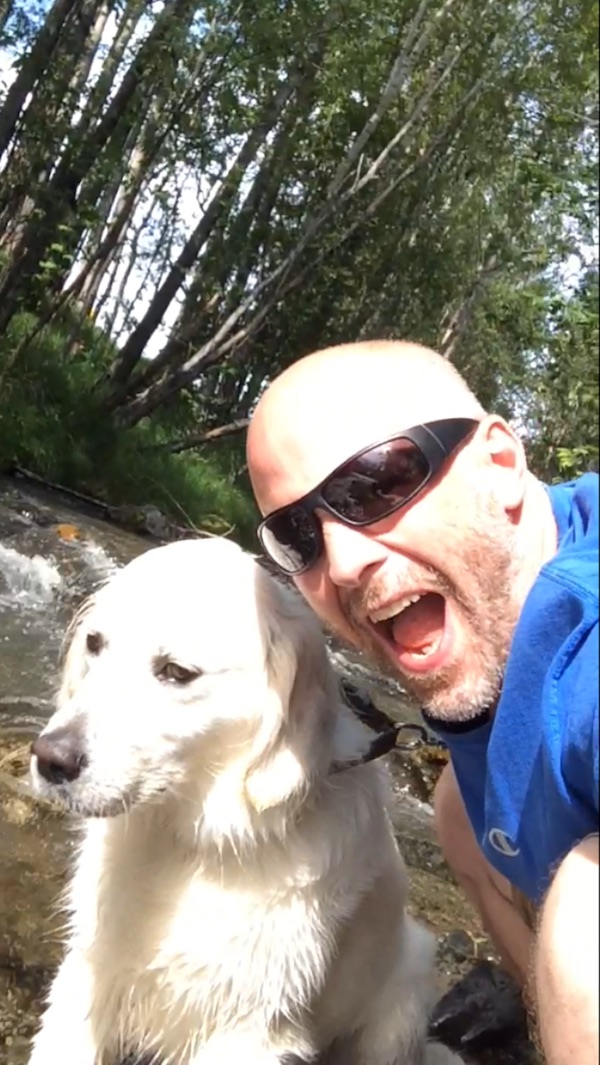 Born and raised, other places of living: I was born in Anchorage and I was mostly raised at the world famous Stony River Lodge in Stoney River, Alaska.

Family: I am the son of Curly and Betty Warren — world famous owners, operators, and founders of Stony River Lodge. I’ve been married to the greatest wife in existence, Kim, for nearly 15 years. I am also the immensely proud father of three of the most wonderful human beings on earth. I have a loving older brother and sister, both living in Alaska. My older brother, Robert, is an oil tycoon employed by Halliburton. My big sister, Mary, has an (actual) Masters degree in speech therapy and helps children reach their full potential. My more distant, but no less wonderful, extended family mostly resides in New Hampshire and Maine.

Q: How did you become a NATCA member?
A: I was a born NATCA member and officially joined the union the day I was hired by the FAA.

Q: How did you get involved and what are you involved in with NATCA?
A: I became committed to NATCA after my first exposure to our national leadership. NATCA President Paul Rinaldi and Executive Vice President Trish Gilbert (then NATCA Executive Vice President and NATCA Legislative Committee Chair, respectively) bought me dinner in an Oklahoma BBQ joint. I was living with two other FAA students in a one-room unfinished apartment, sleeping in my bag on the floor. The White Book had recently been put into practice, so going to Oklahoma without per diem while having another mortgage was extremely difficult on my budget at the time. I nearly declined the job offer because of the financial hardship that going to Oklahoma would put on my young family. I was feeling disgruntled and untrusting towards my new employer. Thank God, Paul and Trish bought me dinner and assured me that our profession would be restored to the place it once was and deserves to be when I set out to pursue a degree to become an air traffic controller. Paul and Trish committed to me that they would not stop fighting until air traffic controller’s received the pay and work place environment that is fitting to the profession. The 2009 Collective Bargaining Agreement was the fulfillment of that promise. Since then, I have tried to live up to and give back to the NATCA mission, and answer the call when asked.

Q: What made you decide to take on leadership roles within NATCA?
A: I officially became involved when my area rep took a job in the training department, leaving the position open. Alaskan Regional Vice President (RVP) Clint Lancaster, who was our FacRep at the time, asked me if I would be willing to fill the vacancy. I replied in the affirmative.

I gladly took the role because I already believed strongly in our Union for reasons mentioned above. I believed in Clint and our national leadership’s message. I witnessed the good that was being done and the commitment to the profession. I wanted to have influence and impact in the operation of our area.

The most challenging part of being a rep is managing the process that labor and management uses to solve problems. I find myself continuously evaluating other people’s decisions and execution of plans in regard to the impact the Agency has on the people I represent, and inversely. This is expected of me in the role, but not always appreciated on a personal level. Finding balance is not easy or done well by me naturally.

Q: What would you like to get involved in that you haven’t already?
A: I am trying to get involved with the NATCA Charitable Foundation (NCF). The two words together were honestly enough for me to want to jump in headfirst. NATCA + CHARITABLE = SOLD. I am super excited to carry out NATCA’s plans to do charitable works. I can only imagine the good that I can help accomplish backed by an organization as well run and organized as our Union.

Q: Out of all your involvement within NATCA, what speaks to you the most?
A: The part about my role that speaks to me the most has been innovating and improving operations in our area. The visible improvement of safe and efficient movement of air traffic is genuinely exciting.

Q: Do you have any hobbies or any other activities you enjoy outside of NATCA?
A: At the top of this list is unquestionably raising my family. This superseding hobby or interest manifests itself in nearly everything I do. From the everyday setting a good example, to soccer practice, swim meets, building snow forts, cooking, fishing, ice fishing, archery, martial arts, camping, woods craft, wood working, home maintenance, homework, reading books, and countless other seemingly mundane but exceptionally significant activities in regards to raising small human beings.

Q: Has there been a favorite moment for you while at NATCA?
A: Both my Basic Rep Training (BRT) and LEAP Training were life-changing. The people who instructed these classes and the content of the classes made these experiences ridiculously valuable and fun. The training that NATCA provides has not only made me a better rep and member, but it has helped make me a better person.

Q: Do you have any advice/tips/messages for members who would like to get involved?
A: Educate yourself. Learn our history. Take any NATCA training that is available to you every time. Learn the Certified Bargaining Agreement (CBA). Trust what our union says — we are legitimate. If you observe a decision our union makes that appears to be at odds with what we say or represent, ask questions about it because often times, root causes are hard to see from each individual’s perspective.

Q: Was there anything else you’d like to share?
A: I am a huge advocate of the Air Traffic Safety Action Program (ATSAP) and the Event Review Committee’s (ERC) ability to objectively look at individual’s perceived safety problems without the influence of institutionalized decisions and thought processes from each individual facility. I have seen several examples at my facility of controllers being appropriately critical of an operation that the others at the facility are defensive or protective of because it is based on decisions that they have made. ATSAP can help the people who understand the problems best influence the decisions being made to improve them. Facilities can ignore, placate, and misdirect individuals but they cannot do this to the ERC.

Let’s go beyond your involvement with NATCA

My favorite type of aircraft: Super Cub. I was raised, in part, by the Super Cub, (and my fathers ability to fly it) in and out of impromptu airstrips.

The strangest “food” I have ever eaten: Raw black bear eyeball. *On a cash deal.

The one thing that almost always makes me laugh: Hearing someone else’s genuine, from the gut, out-loud laughter. I love it.

Cats or dogs? I love dogs as pets. My dog, Gracie, is the best.