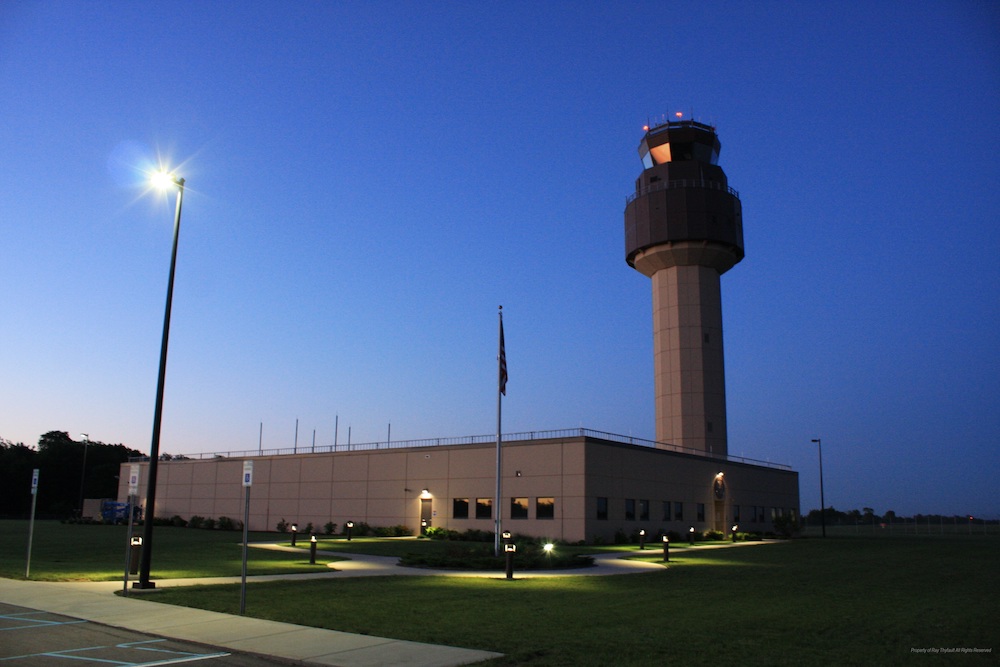 There are 21 NATCA members at Kalamazoo (AZO). The level 6 up/down facility was recently remodeled and has been in service from early 2014.

AZO works a wide variety of aircraft. It’s common to see several regional air carriers fly into AZO as well as many corporate aircraft for companies such as Stryker. Controllers also work a large amount of general aviation aircraft, including from Western Michigan University’s flight school that is based out of AZO, or from one of the 11 satellite airports in AZO’s airspace. In addition, controllers work a large amount of jets from across the globe coming into Duncan Aviation, the nation’s largest family-owned aircraft refurbishing company, located at BTL. 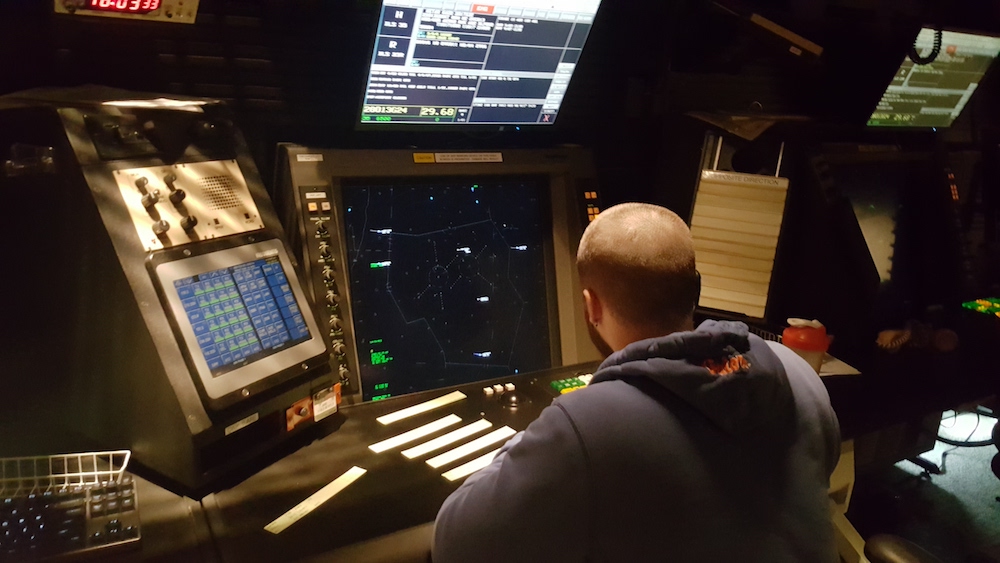 Local hospitals use an air ambulance and West Michigan Air Care, an EC-145 air ambulance, is also based just inside AZO airspace at Bronson Methodist Hospital. The air ambulance provides emergency rescue and transport for a large area of southwest Michigan.

Every summer there is a New Standard D-25 from the 1920’s and a WWII era Boeing Stearman that provide rides from the Air Zoo Museum attached to the airport. Glazer says that it’s awesome to be able to see these historic aircraft flying in and out of AZO.

Unique to the area surrounding AZO is the lake effect weather, which can go from clear skies to zero visibility, then back to clear skies all within a few minutes. Not only does the visibility drop quickly but during the winter, but bands of lake-effect snow quickly erode runway and taxiway conditions, which requires a great working relationship with the local airport operations office.

The amount and type of traffic can also vary greatly on any given day. Controllers work a large number of student pilots from Western Michigan University who do numerous practice approaches at all six satellite airports with instrument approaches. Mixing that with the usual corporate and regional jet traffic can make for an interesting day, says Glazer.

In 2016, BTL hosted a large fly-in for the Aircraft Owners and Pilots Association (AOPA) for hundreds of pilots. Controllers at AZO ran simulations and created new sectors in preparation for the event. It turned out to be a great success and AOPA gave AZO controllers praise for a job well done. There is also an annual charity fly-in called Operation Good Cheer where local pilots across the area bring presents by airplane to children in need. The local Experimental Aircraft Association (EAA) chapter also does many Young Eagles flights in the area, where they take youth on flights to try and get them interested in aviation. There are also a few local pilots who invite local controllers to their hangar parties and cookouts to help the aviation community in the area thrive.

More special events include the flight restrictions during football season at Western Michigan University’s football stadium. BTL also has an annual airshow that usually brings in the Blue Angels or Thunderbirds, as well as other military and civilian aircraft. 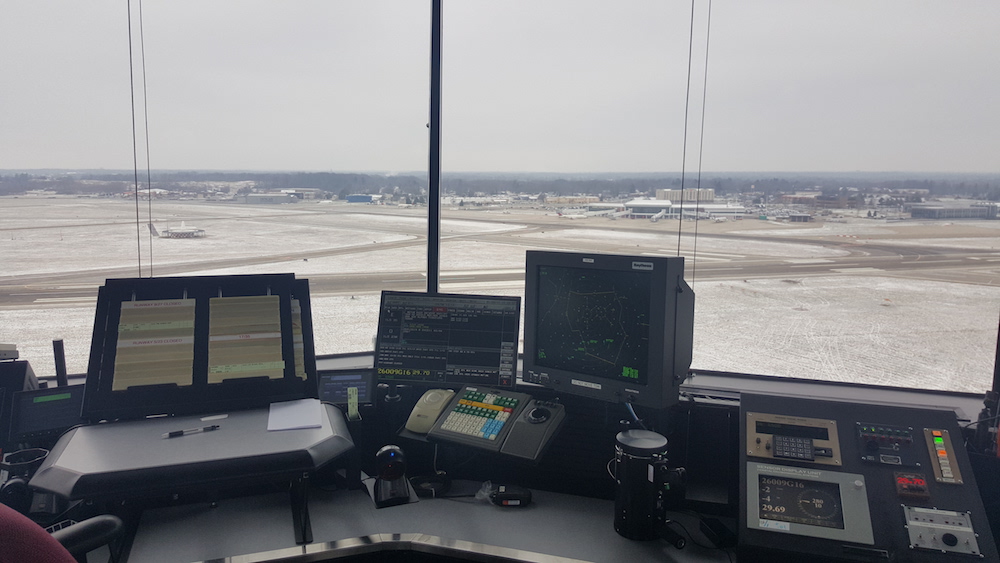 “We host several NATCA meetings each year to discuss issues and ideas to make our facility better,” explains Glazer. “Participation is very high and people are enthusiastic to be involved.”

AZO will be hosting a NATCA cookout this summer and controllers are also planning a solidarity event. They plan to invite nearby facilities to attend.

Glazer says that the local atmosphere at AZO is excellent, referring to the area as the “Gem of Western Michigan.”

“The facility is brand new, the people are outstanding, and the traffic is fun,” he says. “The Kalamazoo area is phenomenal with little to no (car) traffic, but lots of things to do.”

He says that there are plenty of breweries, lakes, parks, restaurants, and of course, Kalamazoo is home to the Western Michigan Broncos, who went undefeated as MAC champions and made an appearance in the Cotton Bowl in 2016.

Glazer is pleased to share that in addition to the wonderful location, NATCA and management have a great working relationship and collaborate often.

“We have superb NATCA participation at all of our NATCA events and meetings,” he says. “Our membership really likes to stay involved with the union.”

“The best part of being the FacRep at AZO are the people I get to represent,” Glazer continues. “They are a great group of professionals dedicated to providing a safe and efficient service to its users.”

He says that they make this job easy and on that front, there is no shortage of members who want to be involved. He says they make sure their local NATCA community is the best it can be, and will always continue to be a better place to work.