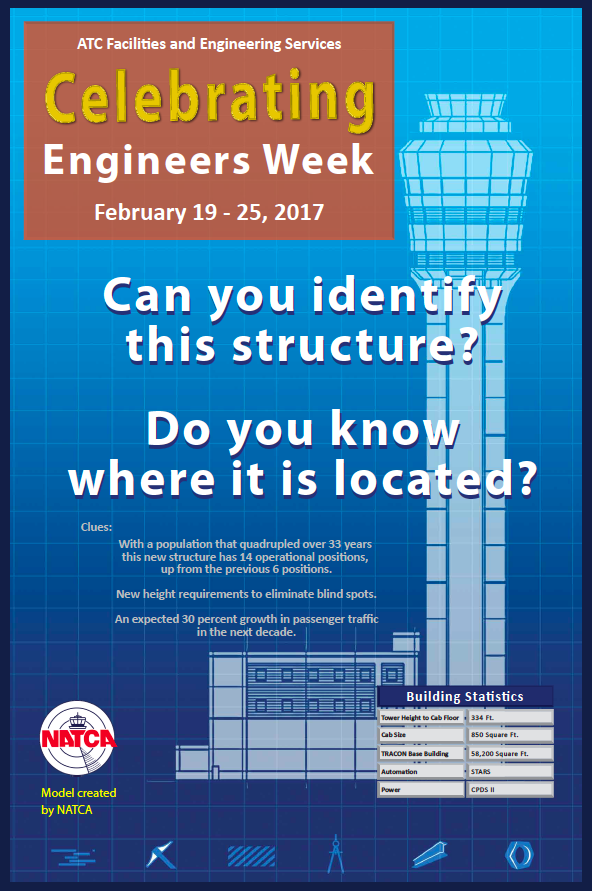 This week is National Engineers Week and NATCA has many reasons to celebrate!

These employees also determine whether facilities will be replaced or upgraded, develop plans for improvements, and implement upgrades and construction, installation projects, and much more.

“Every day NATCA Region X ATO engineers work behind the scenes to ensure the constant support and upgrades to important NAS systems and infrastructure,” said Mike MacDonald, Region X Vice President. “Only a few people see or understand this equipment, but it is crucial to pilots and air traffic controllers who use it every second of every day.”

“From building and installing radars, landing systems, communication facilities, to approving newly developed airframes and engines, NATCA engineers are proud to support the flying public and help to make the most complex airspace system the safest and most efficient in the world,” MacDonald said. “Join us as we celebrate National Engineers Week!”

Throughout this week, the Federal Aviation Administration (FAA) has marked Engineers Week by presenting a special display at its main headquarters building in Washington, D.C. (pictured below). The display includes a large model of the new Las Vegas ATCT and TRACON that NATCA lent to the Agency to display. NATCA engineers recently completed construction of the new facility. The FAA also distributed materials about its engineers and their important responsibilities in the NAS. 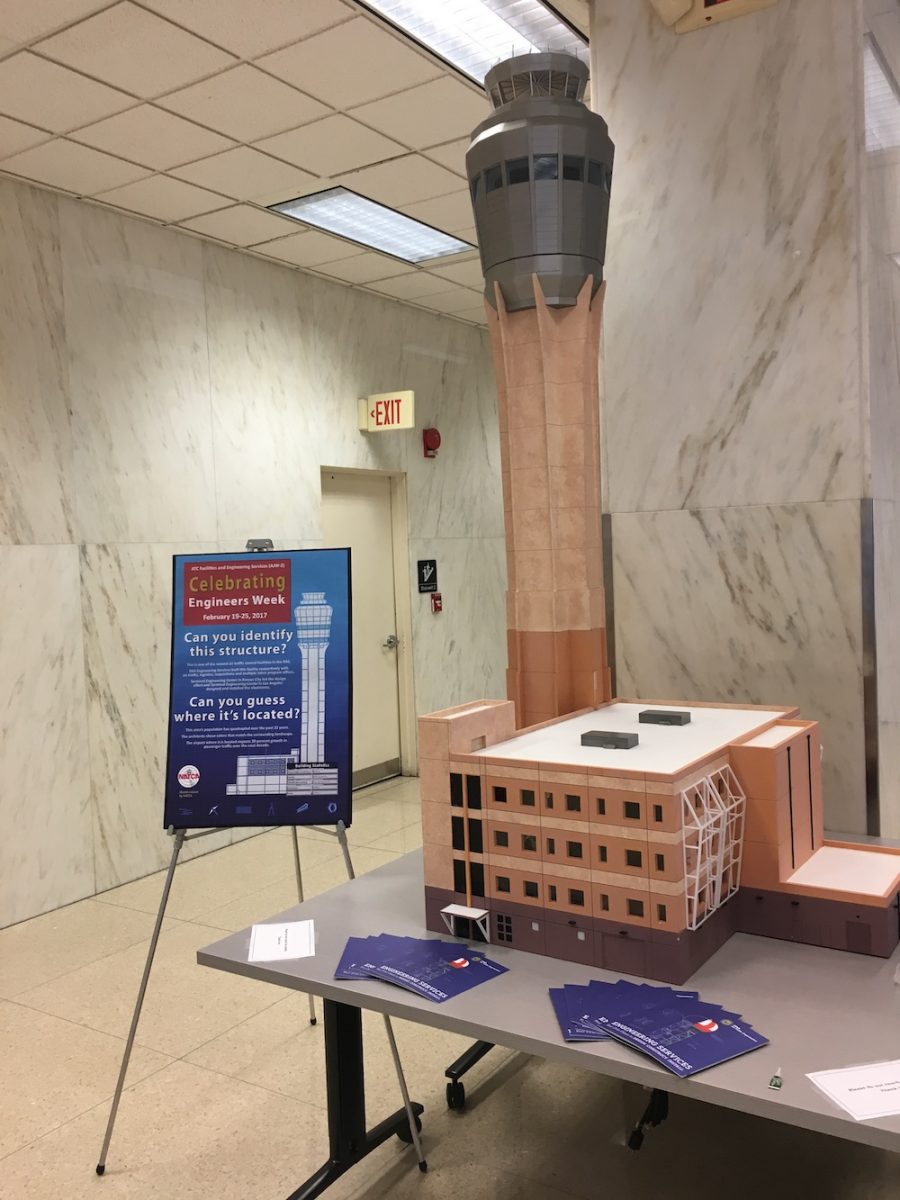