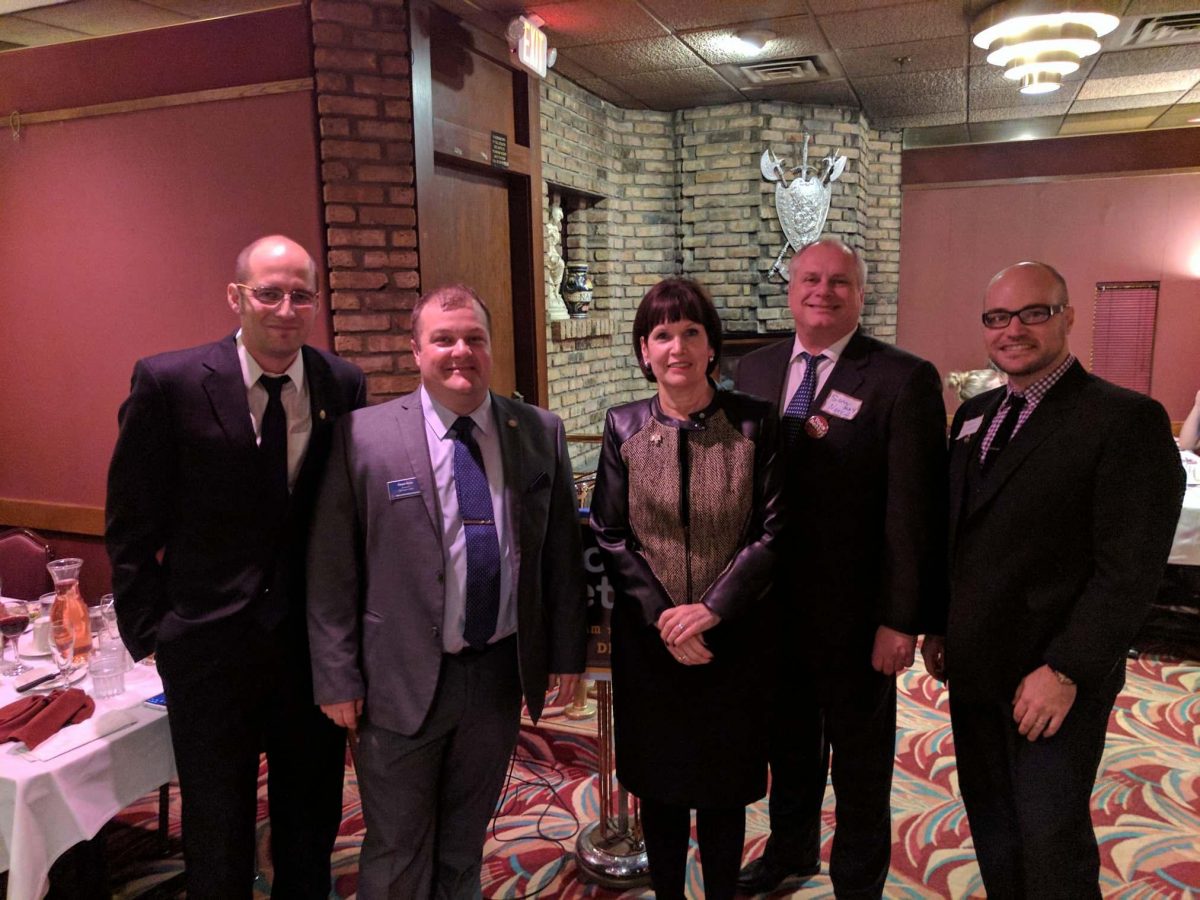 “It was a great event where we were able to get some face time with the congresswoman,” explain Davis. “In fact, she recognized us as air traffic controllers and pointed us out during her speech.”

Pictured below are Schletty, Davis, Rep. McCollum, Tomlin, and Petersen.

Pictured below are Sooklal, Kisseadoo, Rep. Mast, Berlucchi, and LaRosa. 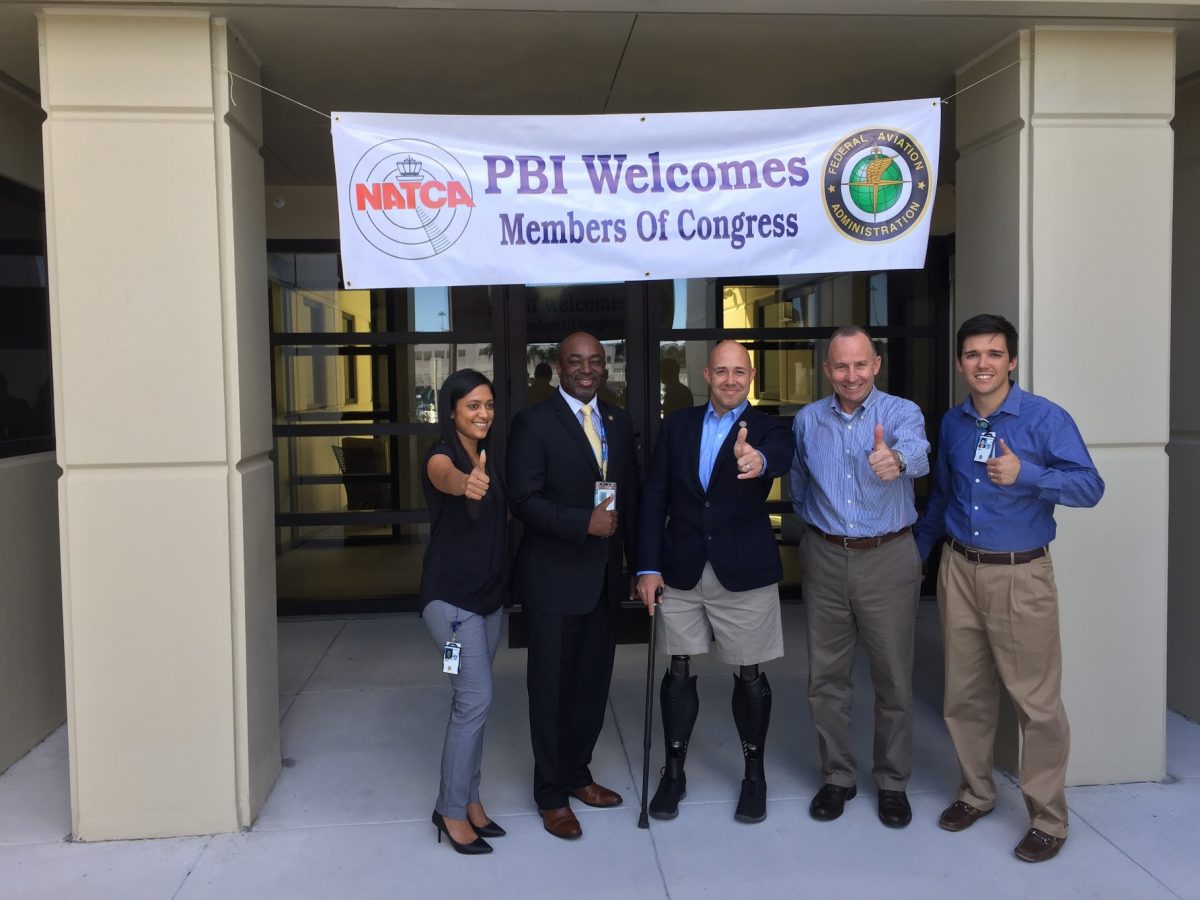 Recently, Indianapolis Center controller Ashley Hall and Indiana State Legislative Rep Mike Orr met with Senator Joe Donnelly, D-Ind., at an event in Indianapolis. Sen. Donnelly has been a strong NATCA supporter since first entering Congress as a member of the House of Representatives in 2006, and as a Senator in 2012.

Staff members from the offices of Rep. Andre Carson, D-Ind., and Indianapolis Mayor Joe Hogsett were also in attendance. Sen. Donnelly mostly spoke of the need for decency in government and a desire to work with Republicans and Democrats to help create and keep jobs here in the United States. The duo was able to speak one-on-one with the Senator and Orr says that he was already familiar with NATCA’s issues and that it was a great meeting.

Pictured below are Hall and Rep. Donnelly. 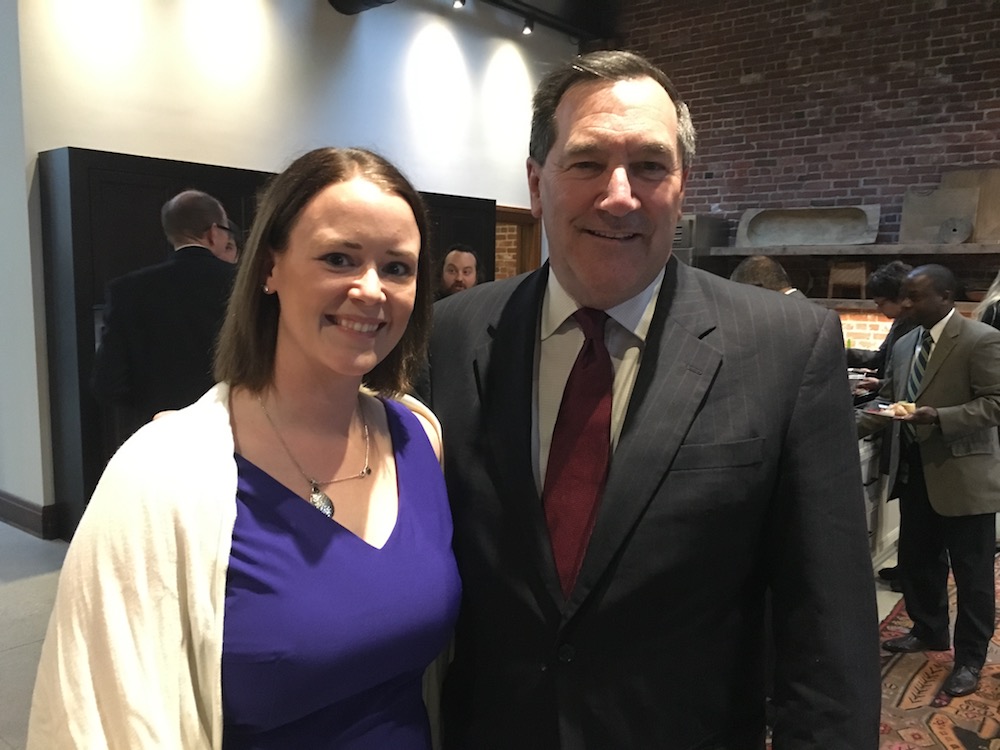