(This story was written and also published this week by Focus FAA.)

A pilot’s grateful words after a recent close call in Fort Worth Center’s (ZFW) airspace illustrate the importance of air traffic controllers intervening when conflicts arise between aircraft operating under instrument and visual flight rules.

“Thanks for the help,” the pilot told controller David Kazyaka. “… Saved my life.”

The incident happened early on the afternoon of Dec. 28. Kazyaka cleared a Cessna 414A twin-engine aircraft flying under IFR to land at Terrell Municipal Airport east of Dallas.

The plane was traveling southwest and descending to 3,000 feet when an unidentified aircraft flying VFR popped up on Kazyaka’s radar. It was about 2 1/2 miles away and headed northeast at 2,900 feet – on a collision course with the Cessna.

“It looked like it was going to be very close,” Kazyaka said. He calmly issued an alert to the pilot, and as the pilot scanned the sky for the approaching aircraft, Kazyaka told him to turn 30 degrees to the left to avoid a crash. At about that time the plane’s Traffic Avoidance Collision System triggered an alert.

Operations Supervisor Amy Naquin-Johnson said she wasn’t surprised by Kazyaka’s quick action to a potentially deadly situation. He has a 28-year track record of that kind of professionalism at the center, which includes having trained Johnson.

NATCA ZFW FacRep Nick Daniels added that Kazyaka “exemplifies the dedication to our profession and ensuring the safety of the users of the National Airspace System. His attentiveness and quick actions set an extraordinary example for everyone.”

That dedication was evident when Kazyaka listened to audio of the incident and concluded that he could have handled the situation better. “As controllers, we are the biggest critics of our own work,” Naquin-Johnson said. “… That really shows true character and good character in what he does.”

The FAA and NATCA are emphasizing IFR/VFR conflict resolution to controllers as part of the “Take a Stand for Safety” campaign. The close call at Terrell Municipal Airport is a reminder of why controller vigilance is important, even when policies don’t require them to provide radar service to VFR pilots. 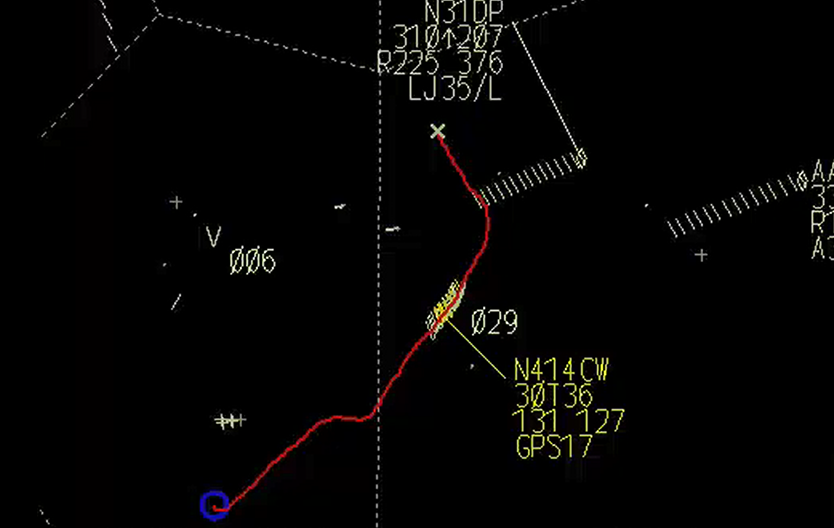 “It’s our responsibility to provide [them] as much information as we can to make good decisions,” Fort Worth Center Air Traffic Manager Tommy Graham said.

In his 28 years at the center, Kazyaka has seen many IFR/VFR conflicts like the one he resolved. He said veteran controllers “take it pretty seriously and should be passing that on to the next generation because it can and will at some point save a person’s life.”

As the national safety representative for the Air Traffic Supervisor’s Committee, Naquin-Johnson added that the issue exists throughout the NAS, which makes it paramount for the FAA and NATCA to remind controllers to give their “utmost service” to VFR pilots.

“Whether we’re talking to them or not,” she said, “that’s human life on those aircraft.” Recounting conflicts like the one Kazyaka resolved reinforce that message. “When you see one of your fellow controllers out there going above and beyond,” Naquin-Johnson said, “to me it seems infectious.”

Watch and listen to this story by clicking here.