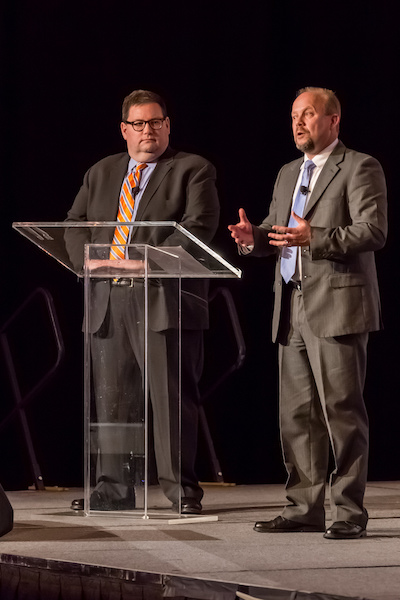 It doesn’t take more than a second for a distraction to compromise safety in the air traffic control environment. That’s why more and more controllers are adopting the “Turn Off Tune In” philosophy. They’re leaving distractions at the door.

The FAA and NATCA have collaboratively produced a new video. It points to a national movement taking place in which controllers are habitually turning off their cellphones, plugging them into charging stations, or stowing them in lockers outside of operating quarters.

“It’s a mindset; it’s a culture change,” one controller says in the video. “Just like when nobody wore seat belts to now everybody wears seat belts. Now we’re getting the cellphones out of the control room.”

The Turn Off Tune In campaign has helped raise awareness about the dangers of distractions in the workplace. Its materials and messaging continue to remind air traffic controllers and managers to focus on being professionals. Since its inception four years ago, the campaign has become a linchpin of ATC safety. NATCA and the FAA have made posters, placards, and desktop wallpapers available, and many facilities are taking advantage.

“Almost like a speed limit sign,” a controller said. “You know the speed limit is 65, but it helps to see that sign every four or five miles, and it kind of keeps you reminded.”

Facilities are now more conscientious of other forms of distractions as well, such as visitors and non-work-related chatter.

“There’s just not a place for it in our workplace,” another controller said.