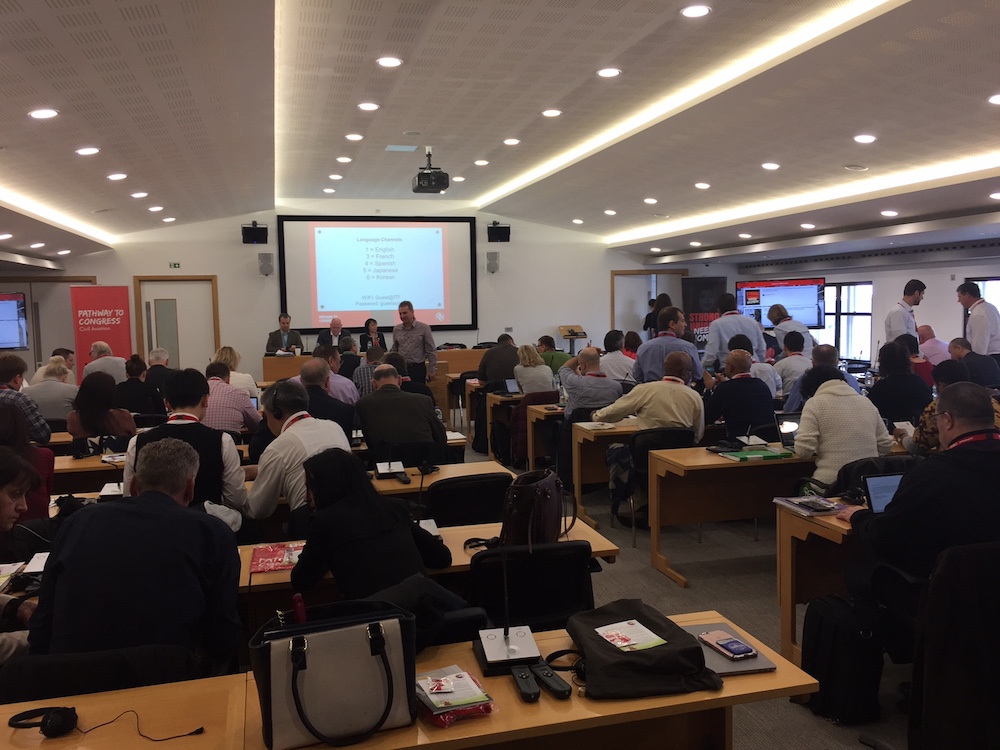 NATCA Executive Vice President Trish Gilbert is the Vice Chair of the International Transport Workers’ Federation (ITF) Air Traffic Services Committee. Gilbert was recently invited to speak at the ITF Civil Aviation “Pathway to Congress” conference held in London from March 9-10, in preparation of the next ITF Congress. (The most recent was held in 2014 in Sofia, Bulgaria.)

This year, the ITF Civil Aviation (CA) sector has a declared union membership of over 700,000 members from 248 affiliates representing 115 countries. The ITF says approximately 2.1 million aviation members are represented by those affiliates globally. By coming together, ITF aims to give civil aviation workers from all sectors of the aviation industry a stronger voice in the workplace.

According to the ITF Civil Aviation website, ITF is addressing everything from the impact of liberalization and deregulation to the growth of aviation flags of convenience. ITF is tackling the challenges facing aviation and airline workers today. With initiatives such as the “Pack Less” campaign aimed at helping baggage employees retain healthier workplace environments, global lobbying for workers rights, and industry collaborations and global alliances ITF is building stronger unions and creating better working conditions for all.

There are around 8.8 million workers employed in the air transport industry around the globe. Around 3.9 million of those workers are eligible for ITF membership with nearly 703,000 declared union members from affiliates within ITF, meaning 18 percent are in ITF-affiliated unions, a huge step forward for uniting aviation workers everywhere.

120 participants representing civil aviation unions from 43 countries met in London for the Pathway to Congress conference. There, attendees discussed the ITF’s stance against flags of convenience in aviation, maximizing organizing efforts at low fare airlines, maintaining pressure on Qatar Airways after a successful campaign and organization of a regional steering group to improve working conditions at the airline (who executed a union campaign for the rights of workers), as well as several other issues facing the global aviation community today.

The conference centered on the implementation of the 2014-2018 Work Program, adopted at the 2014 ITF Congress in Sofia, Bulgaria. The program seeks to build global union power through organizing unions in key hubs and corridors, leveraging lead industry players, activating mass union membership, and following geographic shifts. One of those shifts is meeting present and future challenges within the changing operational environment of the civil aviation industry, like automation within the operational environment. 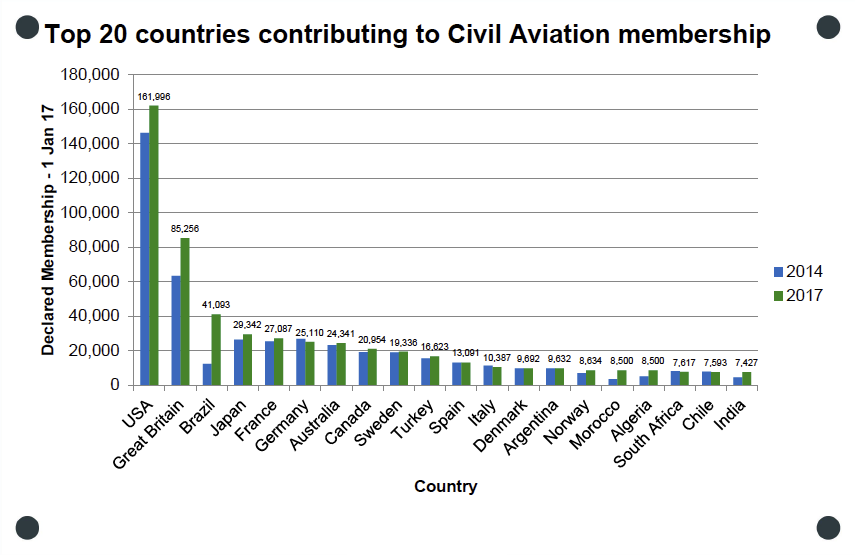 Victor Figueroa, ITF Strategic Research, who gave a presentation titled the “Fourth Industrial Revolution and Aviation,” discussed the issue of automation at length as a pressing challenge today in the United States and abroad. He explained that as well as being in the grip of an on-going recession, the world is currently on the brink of a technological transformation as the basis of the global economy. He believes automation is one aspect of this set of changes, and one that will bring direct challenges to the ITF and its affiliates.

Collectively these changes are referred to using various terms, including the one Figueroa prefers, the “Fourth Industrial Revolution.” He explained that this term describes a set of mutually influencing changes in various economic spheres, which build upon the technological advances of the recent past (the internet, mobile communications, big data) to create a new technological infrastructure for the global economy.

For trade unions in the transport and logistics sector the challenges posed by these changes are real, and have already been felt in some areas, like with the introduction of remote tower technology, which Gilbert discussed at length on a panel during the conference. Workers are likely to bear the brunt of any negative changes rising from future automation. He said that this is a natural outcome of capitalism: because workers are not the ones who own or control the way value is produced, distributed, or exchanged, they cannot control how this transition will affect them.

As far as ITF is concerned, the challenges posed are labor replacing technologies (LRT), labor intensification technologies (LIT), and platform workers. In the short term, the ITF’s focus will be likely be remote operation, or use of robots, along with the automation of routine tasks. Jobs affected in the aviation industry include pilots, air traffic control, and airport workers (baggage handling, customer service, baggage drop, food service).

Figueroa explained that commercial and military aviation are already heavily automated, and automation is accelerating. Human pilots are steadily becoming less necessary, and while designs for pilotless aircraft are still some way away, there is a significant effort towards the creation of robot pilots that can replace human beings in the cockpits of existing aircraft.

He said that airlines are also considering remote piloting of aircraft as a cheaper alternative since it saves on hotels, healthcare, and benefits. There is also a push towards further automation and the operation of remote air traffic control, allowing workers to be centralized in cheaper office space, and the associated economies of scale.

In addition to Figueroa’s presentation, the ITF Path to Congress delegates discussed the motion on flags of convenience in the civil aviation industry, where an airline owned in one country can “flag out” by registering itself and its aircraft abroad. By doing this it can potentially take advantage of cheaper registration fees, low or no taxes, and freedom to employ cheap labor — this is likely to deprive the workers of decent wages, proper working conditions, and lack of legal protection. Delegates resolved to continue, “the ITF campaign against aviation flags of convenience in a resolute manner at global, regional, and national levels providing a concrete strategy and associated work plan over the next six months with the participation of all unions that have expressed interest and the monitoring of the Section Committee.”

Delegates also discussed a motion on airlines that operate in countries that do not recognize unions. Delegates continue to support the steps led by the ITF in international forums, “especially the International Labor Organization (ILO), in order to put pressure on the company’s management, the ongoing campaign and the support of the ITF Civil Aviation section and the Arab world Regional Office; the efforts made by the Arab and international unions to influence and pressure Qatar Airways to respect the right to organize, especially the efforts of the transport union of Tunisia (FNT) and the UGTT who supported the campaign against Qatar Airways during the Nobel Peace Prize ceremony awarded to the UGTT in 2016; the dialogue led by the ITF General Secretary with the Qatari government in order to support the efforts to reach a positive solution regarding workers’ rights in Qatar Airways, including the training of labor inspectors in the Qatari government on the rights existing to airline workers under global legislations.”

The ITF civil aviation delegates hope to see continued communication, monitoring of dialogue, and preparation for an international campaign in case dialogue is not successful with airlines operating in those countries.

During the conference, delegates also discussed the 39th Assembly of the International Civil Aviation Organization (ICAO) that hosted a delegation from ITF that included former NATCA Executive Vice President Dr. Ruth Stilwell. At the assembly, ITF delegates represented 12 unions and every region of the world. ICAO considered over 500 working papers, information papers, and reports. The most contentious issues were three resolutions dealing with aviation emissions. After two weeks of intense negotiations, the ICAO assembly approved three resolutions to improve air quality, reduce emissions, and deal with the impact of climate change.

As the representatives of aviation workers, the ITF delegation particularly focused on challenging calls for further liberalization of the industry.