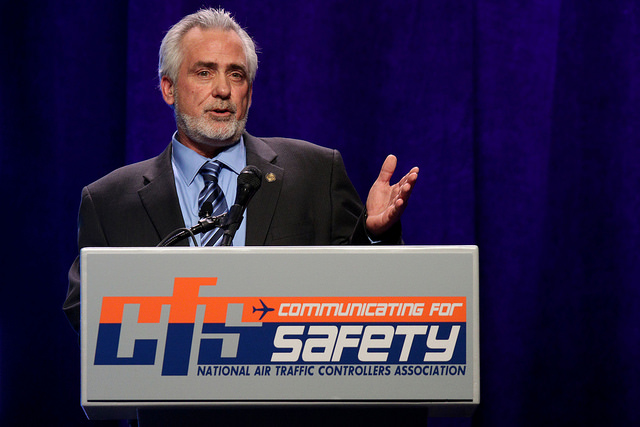 NextGen initiatives are modernizing the National Airspace System (NAS) with new, safe, and effective equipment and procedures. The program seeks to apply all available data and research to develop new technologies to modernize the NAS while maintaining the highest standard of safety.

On the first day of Communicating For Safety 2017, a panel of distinguished experts gave their perspectives on the challenges of implementing multiple new technologies and procedures in the NAS, the impact on facilities, and how — through collaboration on NextGen initiatives — we can all advance the NAS.

In collaboration with NATCA and industry stakeholders, the FAA has delivered $2.7 billion in new technology to date, completing 103 commitments of the NextGen and NextGen Advisory Committee Prioritization Plan. The Agency is on or ahead of schedule with some of the most critical programs. NextGen progress across the NAS includes advancements in communications programs, surveillance, automation, integration and information management, and airspace efficiency optimization efforts in several key locations as part of the Metroplex program. Their secret to success? Collaboration.

Panelists elaborated on the importance of collaboration during the session, adding to points made during an earlier panel at CFS, Improving Safety Through Collaboration, as well as a presentation both Ullmann and Woods gave at the World ATM Congress in Madrid this year. They explained exactly what collaboration looks like when developing, deploying, and implementing new technology.

Adcock views collaborations as a team effort. He says that he approaches all problems with the goal of improving technical training and hopes his counterpart, Smith, shares that goal. Luckily, she often does.

Adcock and Smith have known each other for nearly 26 years. They met when they were both collaborative facilitators for the Quality Through Partnership (QTP) program in the early 90s.

Smith explained that collaboration is all about meeting often, saying collaboration happens naturally when there is open communication. She and Adcock look for issues to address together.

“We’re doing this for you,” Smith said to the audience. “We’re here to support the people that are executing the mission of the organization.”

She added that while they don’t always agree, they are never disagreeable to each other.

Biggio said that for him, it boils down to transparency and respect.

“I’ve heard it a couple times already today, ‘What do we leave behind for those that are going to follow in our footsteps?’” said Biggio. “If collaboration is in our DNA, and it’s something we model and that our team follows on behind us, it will continue to give back in the future.”

McKelligan agreed, saying that the best collaboration and communication leads to trust and respect.

Creasap explained that collaboration also helps to identify issues within NextGen programs, saying that early collaboration with Woods and McKelligan helped her understand her job better.

“It’s about continuous problem-solving and making sure that we are seeing the problems in the same ways,” Creasap said.

She said that if they disagree, they discuss why so that they can identify a bridge to get to the desired state.

Hansen added that for him, listening is the biggest key to collaboration.

“It’s the ability to listen to the other person’s concerns and understand those concerns,” Hansen said. “To me, it’s listening to your counterparts. Trying to address those issues on both sides.” 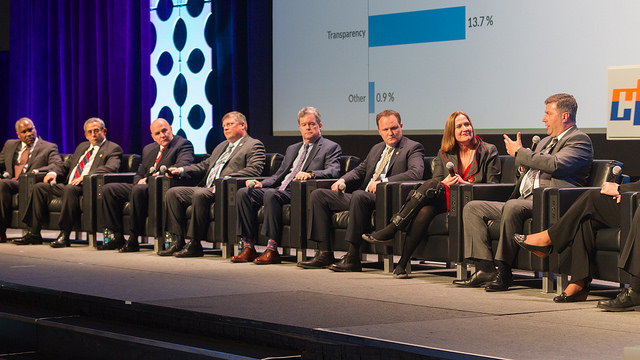 MacDonald explained that he’s had a relationship with Turner for many years and that it’s about being open, honest, and willing to discuss everything.

“Respecting everybody and everybody else’s opinion is very important,” MacDonald said. “It works. It’s common sense.”

Turner elaborated on the success of their relationship, explaining their work on a strategic plan for engineering services.

“We actually called it the Engineering Services Joint Strategic Plan,” Turner said. “It was labor and management and we worked through a number of issues. We wanted to make sure our engineering services workforce was prepared for NextGen.”

The influence engineering services has throughout the NAS is massive. Turner explained that they accomplish approximately 1,900 projects a year — that’s 5.2 projects every day.

“We cannot do that if we do not collaborate,” said Turner. “It is extremely important.”

While embracing collaboration on NextGen is great, seeing the results is better.

Ullmann described the collaborative process behind the NextGen initiative Data Communications (Data Comm), which turned out to be a resounding success.

He explained that he and Burnham began their respective positions around the same time and they quickly realized that training associated with the initiative had major problems.

“Phase 1 of Data Comm was in the terminal environment and had an aggressive schedule of implementation at over 70 facilities in 11 months,” Ullmann said. “Without getting too far in the weeds, it [training] threatened to have a major impact.”

This threat to staying on schedule became a top priority. Ullmann and Burnham had not yet had a chance to get to know each other, but a decision had to be made to resolve the issue. They agreed that failure was not an option.

“We agreed to get our smartest people involved, develop a plan that was acceptable to both NATCA and to the FAA, and to empower this group to work together collaboratively, and to formulate by consensus a path forward,” Ullmann said. “Fast forward to last November and we have implemented Data Comm [Phase 1] ahead of schedule and under budget.” 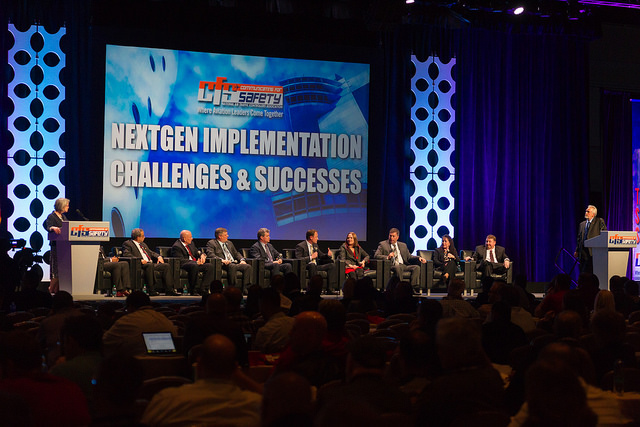 Collaboration works, but the panelists also reminded attendees that it’s not always easy. Disagreements are a natural part of the process. So what do you do when you hit a bump in the road?

“You talk,” said Creasap. “Talk about the relationship, expectations, and figure out the right lessons learned.

“When an issue happens, if you can talk through it, you should be all set,” McKelligan said.

Hansen agreed, saying that it’s about addressing an issue head-on when it happens, together.

Biggio noted that when you look at collaboration videos featuring both NATCA and FAA representatives, an interesting aspect is that while all interviews are done independently, they all agree that collaboration works.

“That says something about where we are with collaboration between NATCA and management,” Biggio said. “It’s groundbreaking for me.”

Woods added that regularly scheduled meetings, even if you come in without an agenda, help mitigate possible disagreements. He said it’s about identifying how to safely develop, implement, and train on multiple moving parts all at once. This can be challenging when there are many different opinions on how best to get to that shared end goal, but it’s much less likely without collaboration.

“Have conversations, learn from each other, and change for the better,” Woods said.

Reynolds explained that putting tools out in the field requires a lot of coordination in order for everyone to be successful.

“We have to make sure we’re having conversations,” said Reynolds. “Just put two people in the same office. It’s a simple reminder to do that check-in. We [Reynolds and Woods] do that often, whether it’s through text, phone, or meeting in the halls.”

As NextGen continues to roll out, NATCA, the FAA, and other industry stakeholders will have to continue to address extremely complex issues. Having a strategic approach to collaborating is essential to the success of those programs and the success of the NAS. The NATCA Insider will continue to present in-depth coverage regarding collaboration on NextGen programs.