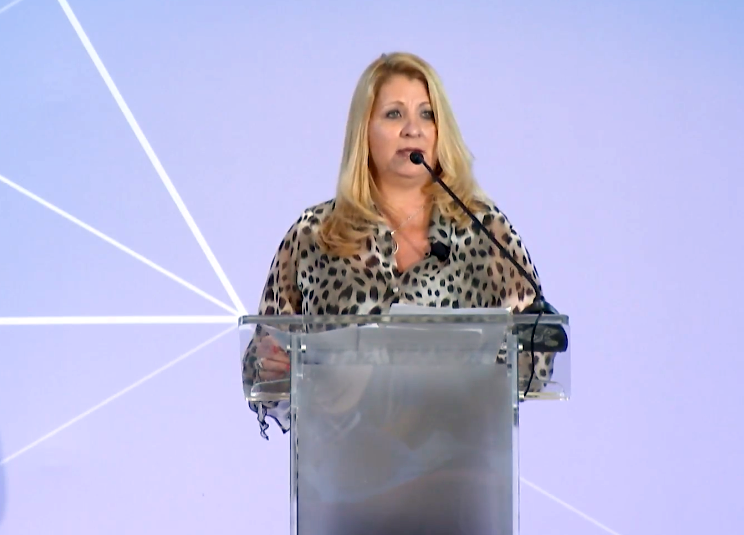 The summit offered an information-packed three days of speakers and panels discussing Uber’s latest initiative to venture into on-demand aviation. Leaders from vehicle manufacturing, regulatory bodies, venture capital, and aviation technology were invited to attend. NATCA maintains that ensuring the safety of the National Airspace System (NAS) should be everyone’s top priority.

The first commercial flight was over 100 years ago and flew 21 miles from St. Petersburg to Tampa, Fla., taking 23 minutes. The passenger, the former mayor of St. Petersburg, bought his ticket at auction for $400 (equivalent to nearly $10,000 today).

100 years ago, few could imagine the innovation in aviation since then. The jet engine, supersonic flight, cabin pressurization, fly-by-wire, transponders & radar, stealth aircraft, deicing — and those are just a few. Today, we take all of that for granted.

Aviation is a major contributor to the U.S. economy — it provides nearly 12 million jobs that contribute $1.5 trillion to the nation’s gross domestic product.

U.S. controller skills are put to work every day as they handle an impressive volume of traffic. They separate more than 70,000 flights each day, ranging from small general aviation to large commercial aircraft operations, safely moving nearly 2.5 million passengers through our skies daily. American air traffic controllers handle these flights in the busiest and most complex airspace in the world, with roughly 7,000 planes in the sky at any given moment.

To maintain safety and efficiency in our very large and complex system, the workforce NATCA represents works daily with the FAA and the aviation industry to integrate new technologies like unmanned aircraft systems, remote towers, satellite based surveillance, and the emerging commercial space industry all while modernizing procedures, infrastructure and equipment.

Realizing that innovation never stops, we must manage the changes that are occurring in aviation. We must be able to find a way to balance safety requirements, modernization, and funding challenges to ensure new users and new technologies acquire their place in the sky over our head.

Our workforce is energized, engaged, and strives to make a difference with their collaborative participation in the exciting new concept we are discussing here today. Early involvement is key to ensure that we help develop processes and procedures that work and are safe.

Unfortunately, the lack of a stable and reliable funding stream over the last decade has forced the FAA to spread its resources thinly between safely staffing its 24/7 operation, modernizing airspace and equipment, performing daily maintenance required to sustain an aging infrastructure, and the focus and resources it takes to safely integrate new users and technologies. The funding issue is important to the aviation industry and those with plans for further aviation innovation.

To keep pace with the needs of all the U.S. airspace constituencies and the rest of the world, the FAA needs to have reliable funding and not be subjected to short-term funding bills, government shutdowns, partial shutdowns, sequestration, and multiple short-term authorization extensions. The U.S. airspace system and innovation should not be held hostage by legislative issues that are not germane to aviation. Coincidentally, if Congress does not pass a funding bill by midnight this Friday, we fall behind. We believe that reliable funding is the most serious challenge facing the FAA and the U.S. airspace system.

Aviation has traveled fast and far, and only by working collaboratively and cooperatively can we be successful in our new endeavors. We are very excited to work with all of industry and Uber in their new concepts and all of the partnerships they develop.