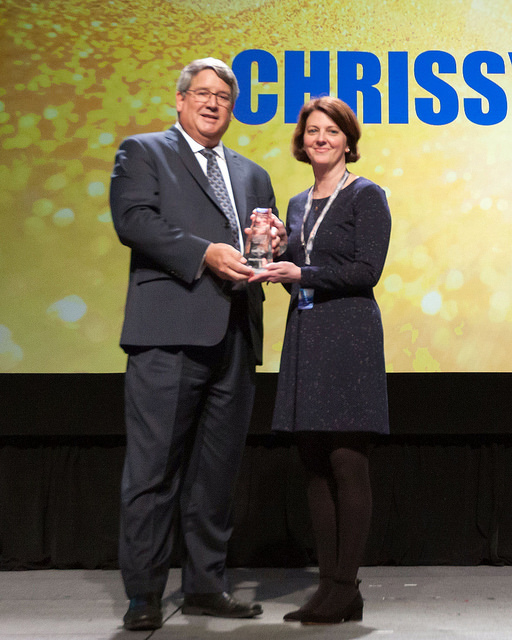 Chrissy Padgett began her 18-year career at Atlanta Center prior to transferring to her current facility, Washington Center.

Padgett is a fierce union activist and NATCA has been in her blood her entire life. Her father and uncle were both air traffic controllers in PATCO (Professional Air Traffic Controllers Organization). Notably, her uncle, John Thornton, was a founding father of NATCA and helped to lead new efforts for controllers to organize following the strike.

“I’m proud to be a NATCAvist and am honored to do the work that I do on behalf of NATCA,” said Padgett on winning the award.

Padgett is not content merely following in her family’s footsteps. She is blazing her own path within NATCA. She serves on the NATCA Reloaded Committee, the NATCA Historical Committee, NATCA’s Safety Committee, and the Communicating for Safety Planning Committee. She also represents NATCA on collaborative partnerships for safety programs with the FAA like the Take a Stand for Safety campaign.

“Don’t be intimidated to help or lend a hand,” Padgett said of her work with NATCA committees. “The Union is all of us working together, not just a few of us working alone.”