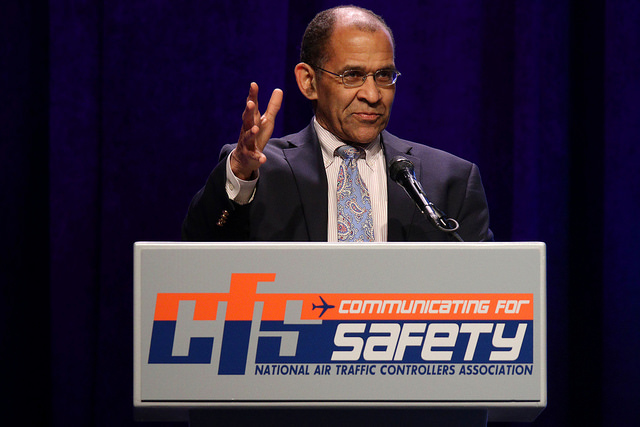 “Why do we place such an emphasis on collaboration?” asked National Transportation Safety Board (NTSB) Member Christopher Hart during his keynote address March 21 at Communicating for Safety (CFS).

Hart detailed the history of collaboration in air safety investigations between all parties while addressing CFS attendees. His conclusion: collaboration is crucial to improving complex systems successfully. Collaboration has proven to reduce the accident rate.

In addition, Hart explained that many people involved in collaboration have competing interests. Few people want to bare his or her soul in front of the regulator, the Federal Aviation Administration (FAA), he said, but that it’s important to all remain on the same page.

Hart said former FAA Administrator David Hinson, who served in that position from 1993-1996, started a program to get everyone working together.

“He said the solution to this problem is not a bigger stick for the regulator, but how we can all work together to make this complex system work better,” Hart said. As a result, the FAA made it clear they were not there for enforcement purposes but to learn.

Hart praised NATCA’s collaboration on complex problem areas, including runway incursion mitigation, wrong runway landings, and the issuing of PIREPS (pilot reports). He also praised the Runway Safety Council for getting “the totality of the picture and addressing this issue.”

Hart also emphasized the importance of cockpit familiarization trips for controllers and urged them to take advantage of those opportunities.

Hart was recognized at Communicating for Safety this year with the prestigious James L. Oberstar Sentinel of Safety Award for his continued efforts to improve safety within the National Airspace System.

Hart led the NTSB as its Chairman through the safest period in U.S. aviation history as part of his distinguished career. Hart’s two-year appointment as Chairman expired on March 15, 2017, and he continues to serve as a Member of the Board.

The NTSB is an independent federal agency that investigates accidents in all modes of transportation to determine what caused them and to make recommendations to prevent them from happening again.

Hart describes himself as an “airplane addict” and credits this interest to his family, which has a tradition of accomplishment in transportation. In 1926, his great uncle, James Herman Banning, was the first African-American to receive a pilot’s license issued by the US government.