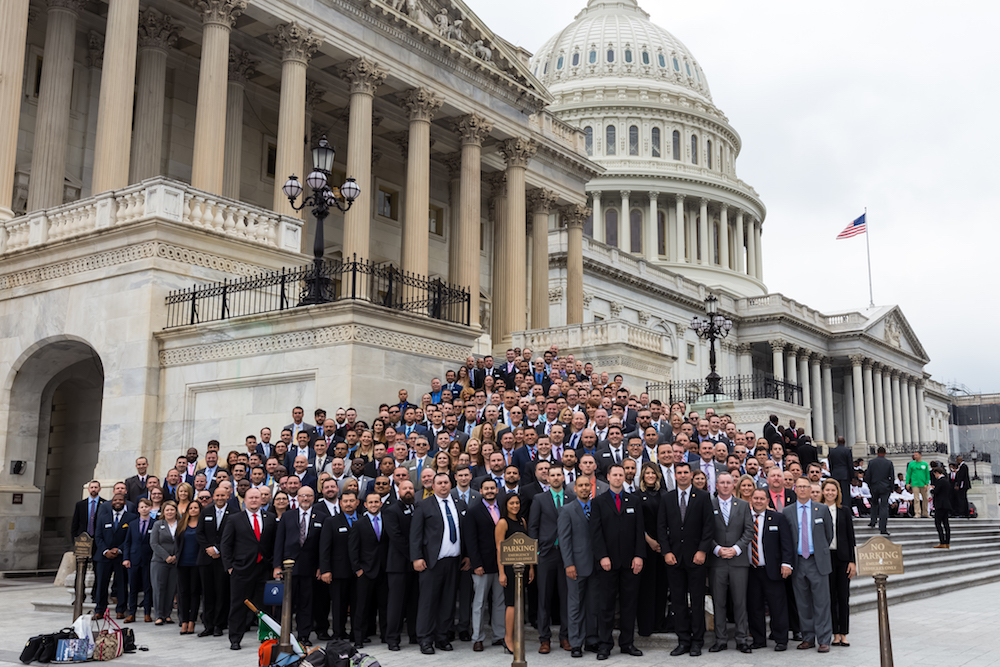 May 26, 2017 // Photo Album Washington, D.C., Seattle: Places NATCA is Making a Difference Across the Country This Week

This week, more than 500 dedicated NATCAvists came to Capitol Hill to educate their members of Congress on NATCA and the National Airspace System. View here.

The e-board at Seattle Center (ZSE) recently approved a donation to a charity golf tournament to benefit the Sumner Community Food Bank. ZSE member Tony Germann’s wife, Michele, is on the board of directors for the food bank, and it has been her goal to host a fundraising event to benefit the hungry families in ZSE’s community.

The food bank has been looking to increase its size and capacity and the early estimate for the amount raised from the tournament and silent auction is around $16,000.

ZSE’s donation was allocated to sponsor a hole on the green. Additionally, ZSE arranged a team of controllers to play in the tournament: Eric Hartley, Josh Palmer, Rick Lund, and Germann (pictured left to right below). Between the sponsorship from ZSE and individual contributions to the event, the NATCA team was able to bring in over $1,000 to add to the total money raised for the event.

“Thanks to the efforts of my teammates, we managed a second place finish with a score of 53,” said Germann. “All I can say is thank goodness for best-ball (scramble) tournaments. Eric also came within a foot of a hole in one. A 180-yard par 3, he hit a 4 iron shot so pure that Arnold Palmer himself would have gasped at its beauty.” 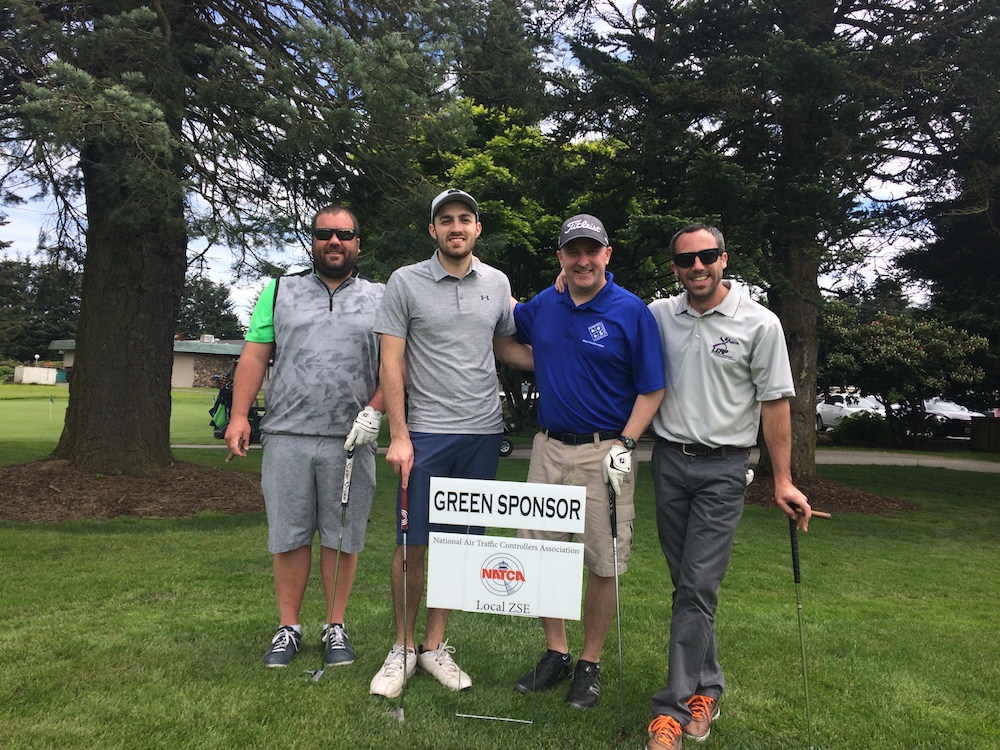 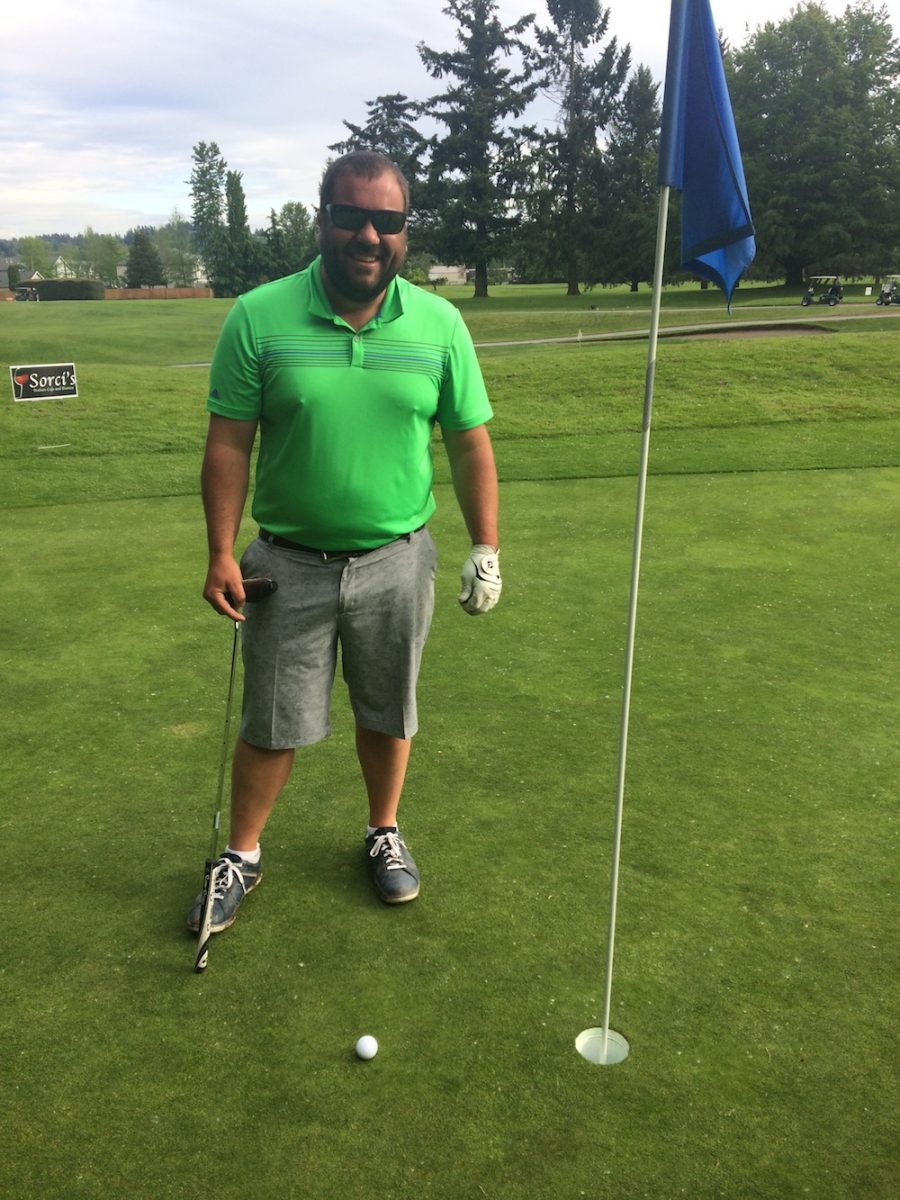