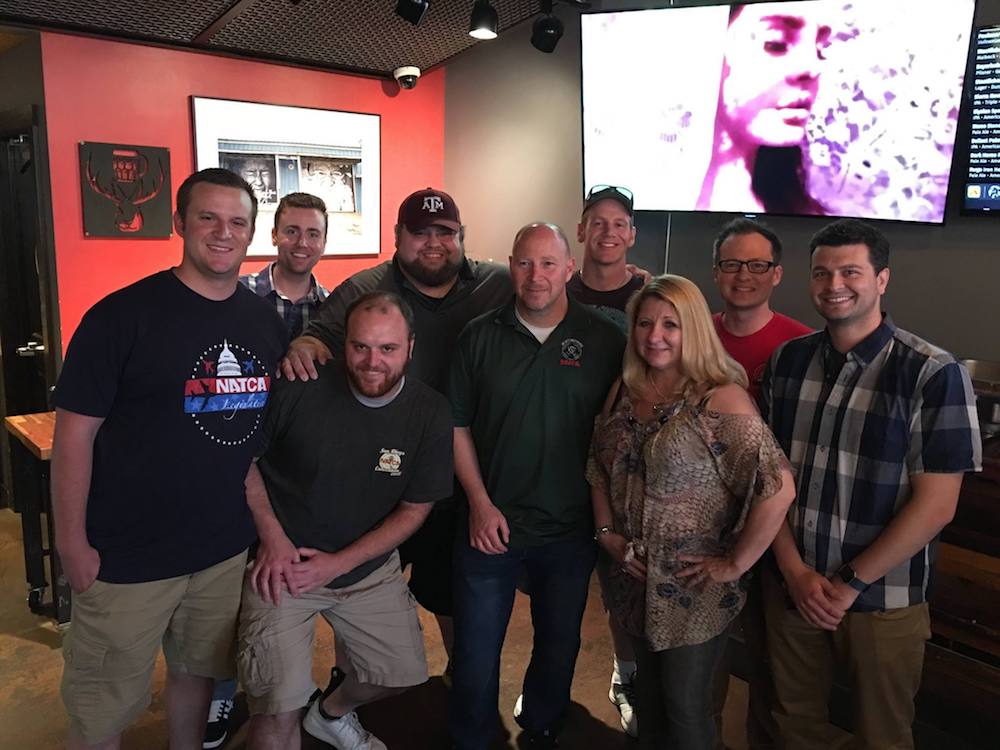 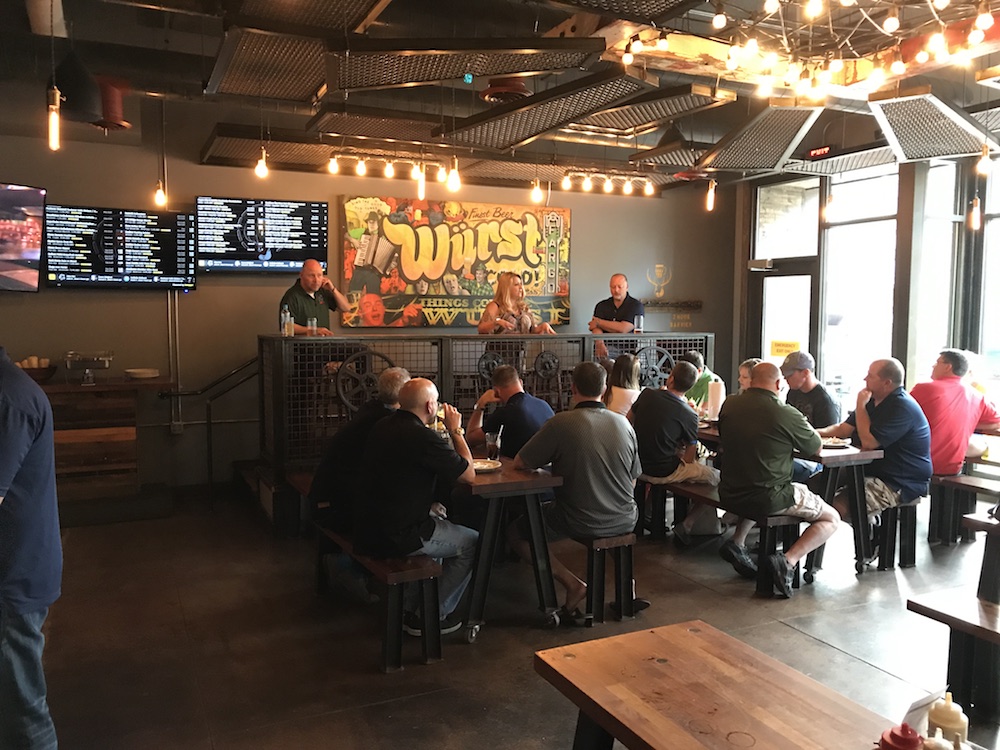 In 2010, NATCA honored Garvey with the Sentinel of Safety Award, which has since been renamed to honor the late James L. Oberstar. Said NATCA President Paul Rinaldi, when he and NATCA Executive Vice President Trish Gilbert presented Garvey with that award: “Jane Garvey was one of the finest FAA Administrators and public servants this country has ever seen. I’m proud to call her one of NATCA’s most steadfast supporters and a friend.” 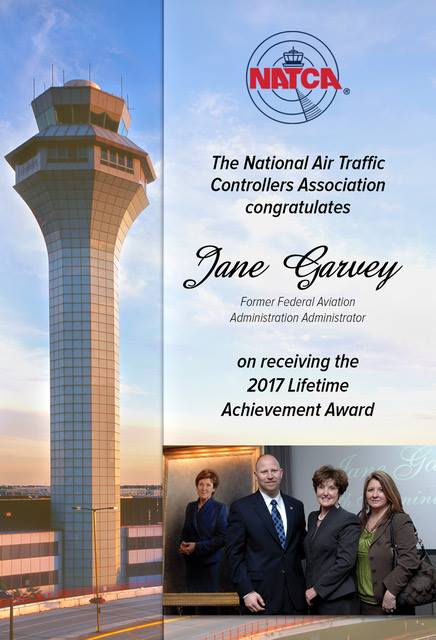 The NATCA logo is prevalent at both Nationals Park and the Verizon Center in Washington, D.C., as part of our advertising efforts in the nation’s capital. New to D.C. is an Arena Football team, the Valor. Here, a player in a recent game tumbles over the wall during a play. The Valor’s next game is this evening against Cleveland. Photo courtesy of Caitlin Buckley. 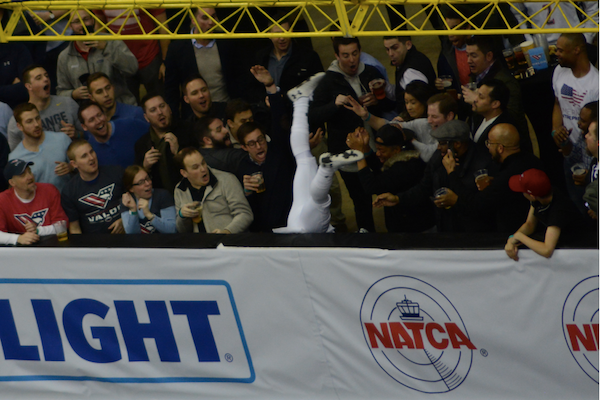