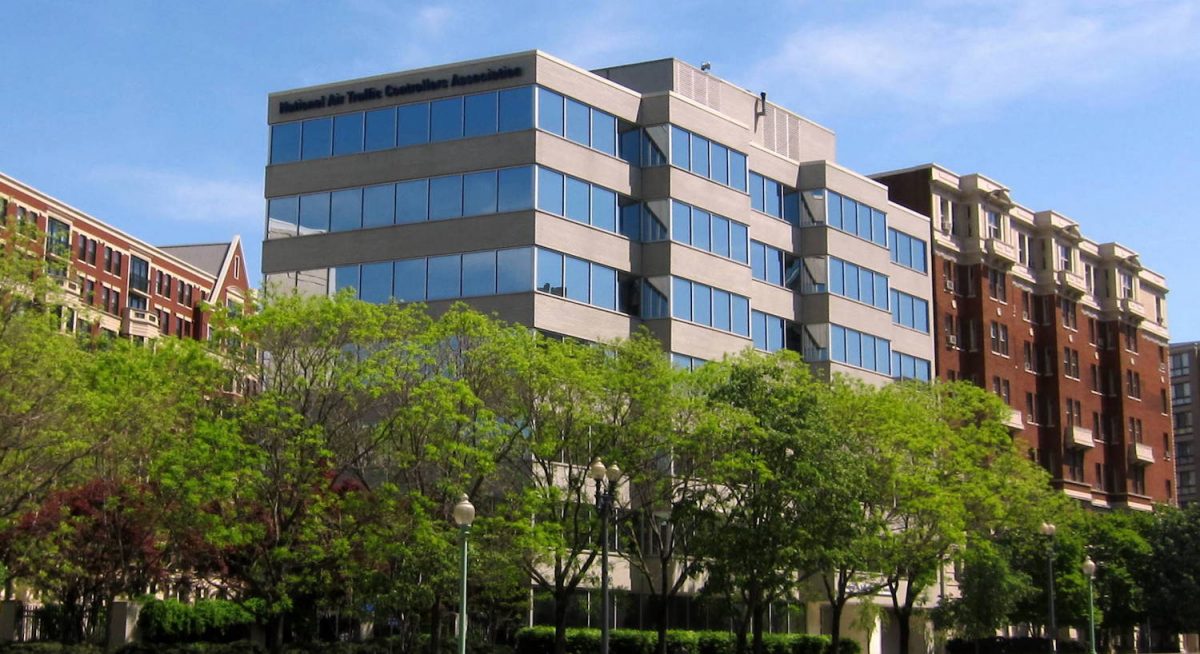 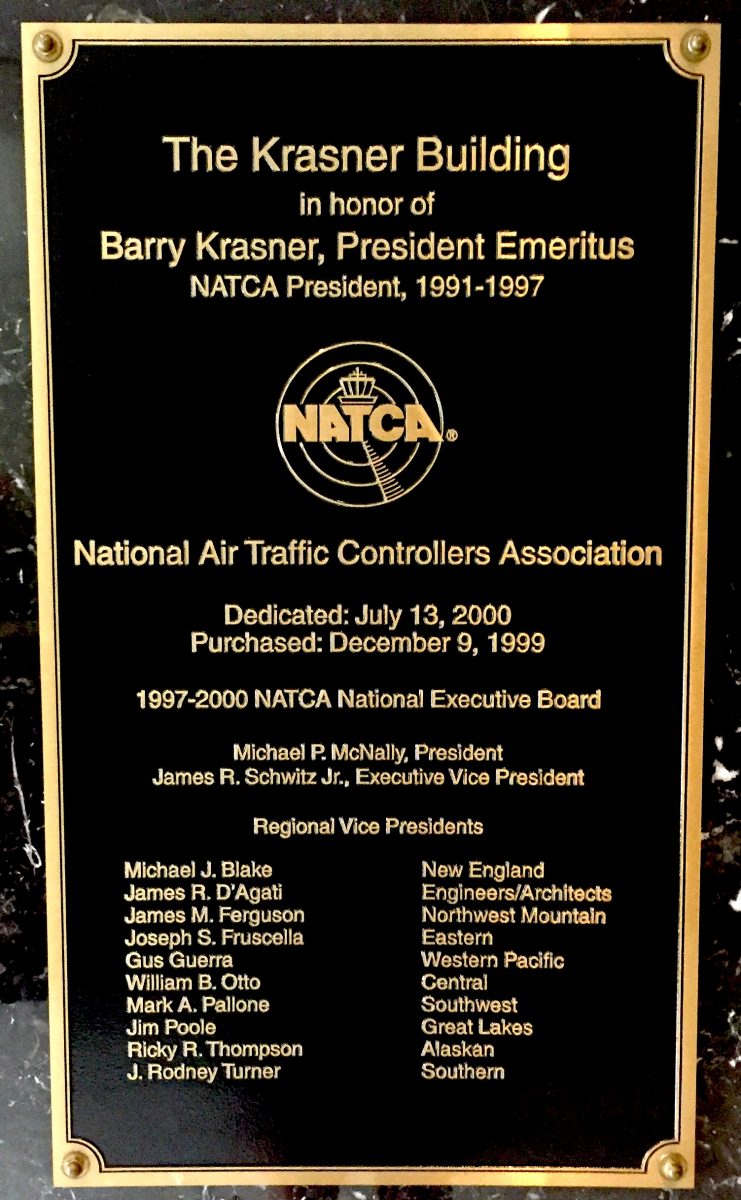 Executive Vice President Randy Schwitz and Finance Committee Chairman Dale Wright, who would later become NATCA’s Director of Safety and Technology, scouted sites with a real estate broker. NATCA President Michael McNally believed that NATCA would not be taken as seriously with an address outside Washington, D.C., so they decided to concentrate their search within the capital.

While walking during his lunch hour in the summer of 1999, Schwitz saw a “for sale” sign in front of a seven-story, white brick structure at 1325 Massachusetts Avenue Northwest just off Thomas Circle. It was a mere three blocks from NATCA’s former offices at 1150 17th Street, NW. NATCA purchased the building for $8.1 million. The Union began to occupy the first, third, fourth, and fifth floors of the building in February 2000, and leases out all the remaining space to other organizations today.

The day after NATCA President Barry Krasner announced at the 1996 Biennial Convention in Pittsburgh that he would not seek re-election, delegates voted to dedicate to him any building the Union bought. Upon purchasing the new headquarters, the building was named the Krasner Building and was dedicated in his honor.

Today, NATCA National Headquarters is home to the 48 members of the Union’s staff representing six departments: the Executive Office, Accounting, Communications, Government Affairs, Labor Relations, and Safety and Technology. All the staff dedicate their professional lives to serving NATCA’s membership and leadership. The building continues to be a place for NATCA members, committees, and leadership to come together and discuss the Union and fight for our future.