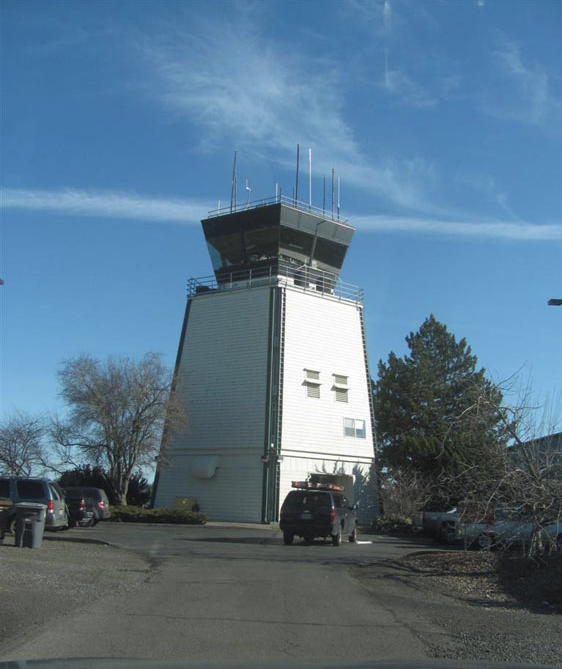 An active shooter incident on Monday, July 3, at Hillsboro, Ore. (HIO), created danger and a challenging air traffic control situation for NATCA members and their Federal Aviation Administration (FAA) management co-workers at the facility. NATCA HIO FacRep Matt Lorsong and Front Line Manager Mike Cooley made it clear that everyone on duty displayed dedicated and exemplary professionalism while handling the tense situation. They credit their team’s strong collaboration as the key to ensuring the safety of the operation.

After seizing a helicopter, an armed man was fatally shot by Hillsboro police. KOIN-TV reports that the man jumped a fence at the airport and approached a flight instructor and student who were inside the helicopter. He ordered the men out and then entered the running helicopter. Officers arrived before the man could take off. The man fled the helicopter when he saw the officers and ran into a field where the ensuing confrontation ended with police shooting him.

At the time of the event, Lorsong was working as the on-the-job training instructor for HIO member Chris Montes on Local Control. Fellow NATCA member Robert Stricker was working Ground Control, and Cooley was working Local 2 and was the operations supervisor.

Cooley answered a phone call from Washington County Dispatch, and announced to the crew there was a shooter at Hillsboro Aero Academy (HAA), just south of the approach end of runway 31L. Cooley instructed the fixed wing aircraft in the pattern to runway 31R that they would need to make full stop landings, halting their touch-and-go’s. He then instructed the helicopters operating to taxiway delta to remain on the ground. At the same time, he was providing Washington County Dispatch information about the location of the shooter, as he and Stricker could see him from the tower.

“Robert provided instructions to our most recent arrivals to positions on the airport that were the nearest non-movement areas to them and that would also provide the greatest distance from the flight school,” Lorsong said. “I instructed Chris to have our inbound aircraft — three VFR Cessnas at the time — exit the (Class) Delta airspace, and he provided them holding instructions over Forest Grove, the closest VFR reporting point to them.”

Lorsong then paged HIO member Jonathan Powell to the control tower, and Lorsong took responsibility for Local 2 from Cooley, who was handling the numerous phone calls the facility was receiving, as well as making notifications to various agencies. Two more VFR aircraft called to return to the airport, and Montes provided them with holding instructions. Montes also informed all of the holding aircraft that if they needed to land, the tower could accommodate them on runway 31R, but they would need to remain on the north or west sides of the airport, the farthest from the shooter situation as possible. One of the pilots accepted the available runway, and Powell sequenced them to runway 31R without incident.

NATCA member Tom Kwasniewski then arrived to relieve Stricker on Ground Control. Shortly thereafter, the crew was informed that the situation was under control and that they could resume normal operations with the exception that the HAA ramp was closed. Montes than sequenced the remaining holding aircraft to the airport.

“While this event was far out of the ordinary, the dedication, professionalism, and teamwork demonstrated by my coworkers pushed the limits of the exceptional standards created everyday by the entire workforce at Hillsboro Tower,” Lorsong said.

Added Cooley: “I was very impressed at how professionally the team worked together during this stressful time. Each team member trusted the next, shared helpful ideas, quickly responded to directions, and worked collaboratively to adapt the operation as necessary. The whole thing really underscored for me how much of a team we really are, and how important it is that we all work together. I really just want to say thank you to everyone involved for a job well done!”