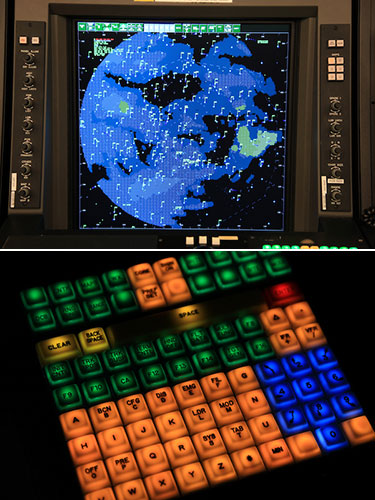 It has been more than five years since the Federal Aviation Administration (FAA) began implementing and deploying the latest version of the Standard Terminal Automation Replacement System (STARS) at terminal air traffic control facilities across the country. Now, the Agency is in the home stretch of upgrading all eligible facilities with the foundational NextGen technology. The agency began deploying an earlier version of STARS in the early 2000s but put that effort on hold. Since 2012, the Terminal Automation and Replacement (TAMR) team has deployed the latest version at new facilities and upgraded previous versions.

The TAMR team completed deployment of STARS at all 11 large TRACONs last summer. They are now performing system cutovers at the smaller facilities. The team’s goal is to complete deployment by December 2019. The team currently plans to continue software upgrades through 2026.

“We have 156 TRACONs and 400 towers, and this couldn’t be done without the collaboration between the management and the unions,” FAA TAMR Program Manager Lisa Bercher said. “Our ability to communicate, respect one another and work toward a common goal is what makes everything work.

Bercher became the program manager last March, around the same time that Aaron Rose became the new TAMR representative for NATCA. Their predecessors had laid the framework for STARS implementation, so Bercher and Rose hit the ground running in the deployment phase. STARS installation, testing, and deployment requires careful collaboration by controllers, technicians, engineers and software developers working together to make the overnight transitions go smoothly.

When a cutover takes place, controllers are on STARS at 6 a.m. the next morning. Thanks to the collaborative relationship between union members and FAA management, the overarching goal of “NAS safety first” keeps everyone on the same page.

“We speak freely in an open forum at meetings,” Rose said. “That way, we can work out issues with the program managers, deployment managers, and the key sites. Everybody has different roles, but we’re all working to achieve a safer NAS (National Airspace System).”

STARS replaces several legacy flight-tracking platforms. As the new, common platform, it allows controllers to move from one facility to another without having to retrain on new equipment. In addition, updates for multiple software configurations will no longer be necessary once NAS-wide implementation is complete. The new system reduces or eliminates costs associated with the former network of flight-tracking systems.

Together, NATCA, FAA, and the Professional Aviation Safety Specialists are rolling out one of the Agency’s most complex and significant programs to date.

“You have to have a very strong level of commitment and strong leadership on both sides,” Bercher said. “Being open with each other makes the overall program stronger.”